Trump's pardons: Friar Steve Bannon - but not himself

As a traditional last move from his presidency, Donald Trump has pardoned or mitigated the punishment for 143 people. One of them is White House former chief strategist Steve Bannon, who is dismissing allegations of fraud in connection with a fundraising campaign for masonry on the border with Mexico. 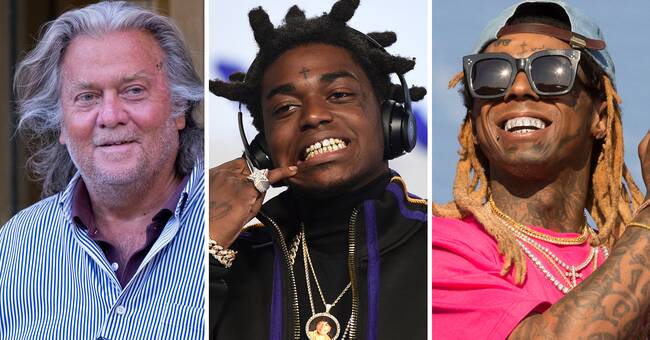 The president's former adviser was accused of embezzling $ 1 million from Trump voters who supported the project to build a wall on the U.S. border with Mexico.

But because he "has been an important leader in the conservative movement and is known for his political skills", he is pardoned, writes the White House.

Steve Bannon himself has denied the allegations.

Venture capitalist Elliot Broidy, who has close ties to Trump's son-in-law Jared Kushner and who is accused of economic crimes, is also pardoned.

Lil Wayne's good qualities save him

The president's former chief strategist is just one of 73 in the pardon.

He was charged in November last year with illegal possession of a weapon, as he has previously been convicted of a gun crime and is not allowed to possess a firearm.

Lil Wayne is completely acquitted of the allegations by Trump.

One of the motivations for the pardon is the liquor company vvd Brett Berish's description of him as "reliable, kind-hearted and generous".

Lil Wayne has confessed to the crime.

Does not pardon himself

According to previous information from the New York Times, Trump has investigated the possibilities of getting himself and his three oldest children Donald Jr, Eric and Ivanka pardoned.

The son-in-law and adviser Jared Kushner was also mentioned.

But neither Trump himself nor anyone in his family has been pardoned, which according to CNN is something he has been persuaded of by his advisers, as it could have made him appear guilty and made him legally vulnerable.

However, Trump has until noon on Wednesday to make a few final possible pardons before handing over the office to Joe Biden.

The artist Kodak Black is one of the 70 people who have received reduced sentences.

Kodak Black, whose real name is Bill Kapri, has been sentenced to three years and ten months in prison for lying in police interrogation.

He gets his prison sentence shortened.

He is said to have donated money to, among other things, school books for children, day centers and food for the poor.

Having supported charity is a recurring motivation for many of the 143 people who have been pardoned or given lenient sentences.