Mock tweets on the last day of Trump's presidency

US Twitter tweeters celebrated President Donald Trump's last day in office with many laughing, cheerful and light-hearted tweets, and Twitter is the platform from which he was banned earlier this month after he incited congressional riots. 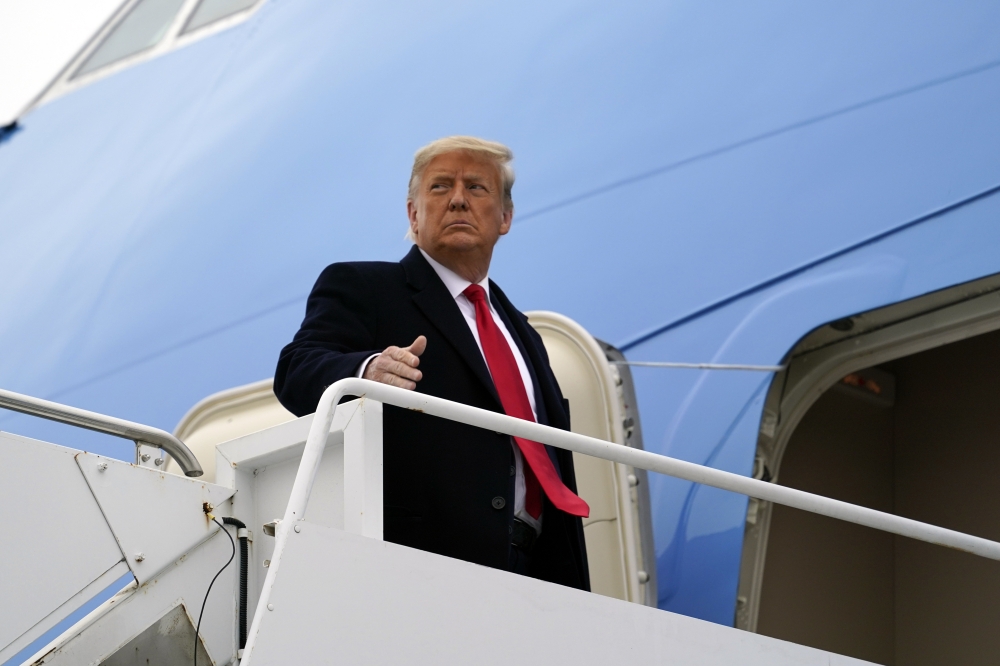 Express the Americans' vision of the event

Mock tweets on the last day of Trump's presidency

The US Twitter tweeters celebrated President Donald Trump's last day in office with many laughing, cheerful and light-hearted tweets, and Twitter is the platform from which he was banned earlier this month after he incited riots in Congress.

Tweeters jubilantly prepared for the last hour of Trump's presidency with satirical pictures and videos.

Many have used ceremonial comparisons to articulate their expectations as Trump is gone and President Joe Biden comes.

"The milk in my fridge will last longer than Trump's presidency now," one sarcastic tweet said.

Veteran journalist Dan Rather wrote: "It sounds like Christmas Eve, but you already know what the next few hours will bring."

Another tweeted: “Tomorrow will be a very different day than it was four years ago.

The genius of American democracy chose the right president for this moment.

Biden said he would try to "heal the country."

However, there is no real remedy without accountability.

Without that, history will continue to repeat itself. ''

Another tweeted: “4 years ago I watched Trump’s inauguration.

I witnessed fear and sadness and for the first time I felt what one feels when hope leaves the heart.

I was on the verge of crying the whole time. ”

“During the campaign season, most voters were looking for anyone other than Trump,” one tweeter said. “Joe Biden could be the perfect right man at the right time.

It really does hold a wonderful place in history. ''

Another warned, “Remember the 9/11 attacks.

What if Trump and Putin were planning a similar aerial attack by the time all U.S. command personnel gathered for the opening event?

Trump does not attend and plans to celebrate at an air base and asks for a crossing, not a coincidence! ''

One of the tweeters said, “With all due respect, this president is not bringing healing to the United States.

It will only double the number of liberals, and socialism is about to grow stronger.

The only cure for this country is God!

He alone knows what he will do with this country!

Another mocked Biden: “He cried like a girl when he was bidding farewell to Delaware.

What would you guys say if Donald Trump cried at the farewell to New York City? ''