Jari-Matti Latvala is now the boss of Kalle Rovanperä - blows up a promising prediction about a young star driver: “It's not far from them”

Jari-Matti Latvala will make his debut as Toyota's team manager at the World Championship level in the Monte Carlo Rally, which starts on Thursday. 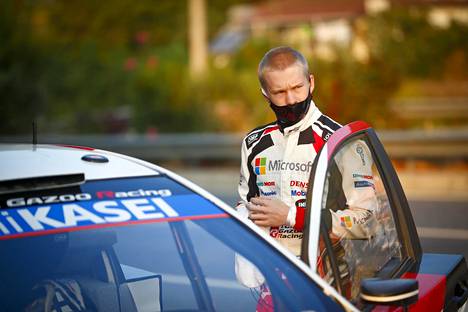 Jari-Matti Latvala is in a strange situation at the Monte Carlo World Rally Championship, which starts on Thursday.

Through the World Series, the most experienced driver will travel to the foothills of the Alps for the first time in a new role.

The steering wheel has changed to the command rod.

- The first race can be quite different.

Normally, in the morning, I get used to putting on a riding suit.

That much I have asked that I would like to recce the model.

- You will definitely feel that it would be nice to drive yourself.

The first snippets can be difficult to follow from the side.

However, I think I get used to it quickly.

Latvala started in its new wash at the beginning of the year.

He replaced Tommi Mäkinen in the position.

There has been enough labor, and the perspective on the species has had to be reconsidered.

- I was mentally prepared, and the workload did not come as a surprise.

Things need to be thought of more.

We have to stop and think about what he says to people and how things can be taken forward, Latvala sums up.

- Quite a lot more to take notes.

We need to drive more broadly into what we are doing.

It seems that motivation and feeling stay in the stable.

Mäkinen built a winning car out of Toyota.

Although there were championships, it coveted the double, ie both drivers and manufacturers World Championship titles in the same season were not achieved.

- The team is already really strong.

It has won championships.

The stable is working and the operating model is ready.

There is no need to think about such things.

As such, running in is not such a big deal, Latvala begins.

- The goal is to be so strong as a team, and to create a car for the boys that they can drive for the championship.

It is known that Hyundai won last year.

Let’s hope they can be challenged even better.

In the opening race of the 2021 season in Monte Carlo, Latvala is thirsting for the best possible start to his new career.

The goal is to return Monte's scepter to Toyota after the gap year.

- Sebastien Ogier was in the fight to win, and Elfyn Evans also drove hard.

Both are now more familiar with the car.

They should very well be able to challenge Hyundai.

We are confident, Latvala sums up.

- Kalle Rovanperä is more experienced a year again, so it is interesting to see his pace as well.

Latvala has a lot of credit for the young Rovanpera.

- I can clearly see this season as a year of experience and development for Kalle.

However, it is not far from them that Kalle’s first victory in the coming season can be seen.

Under Tuuri, Toyota has former colleagues and competitors.

It doesn't take a moment, because Latvala gives his drivers free rein.

- I don't need advice from Ogier, for example.

Roolikseni I see that I have more support, if someone wants to come to ask for something.

Then I try to help based on my experience over the years, Latvala says.

- I'm not trying to force my thoughts.

They are all such tough professionals.

If someone wants to younger drivers came to listen to my thoughts, I am ready to help, but I would never try to impose by force.