display Berlin (AP) - English week, part two and three in the Bundesliga. For the top clubs, direct duels are about who can follow the Hinserien champions FC Bayern Munich and who has to let go. The English clubs are also stressed about appointments: After catching up games in the Premier League during the week, the fourth round of the FA Cup follows from Friday to Monday. TOP DUALS FOR BVB, BA 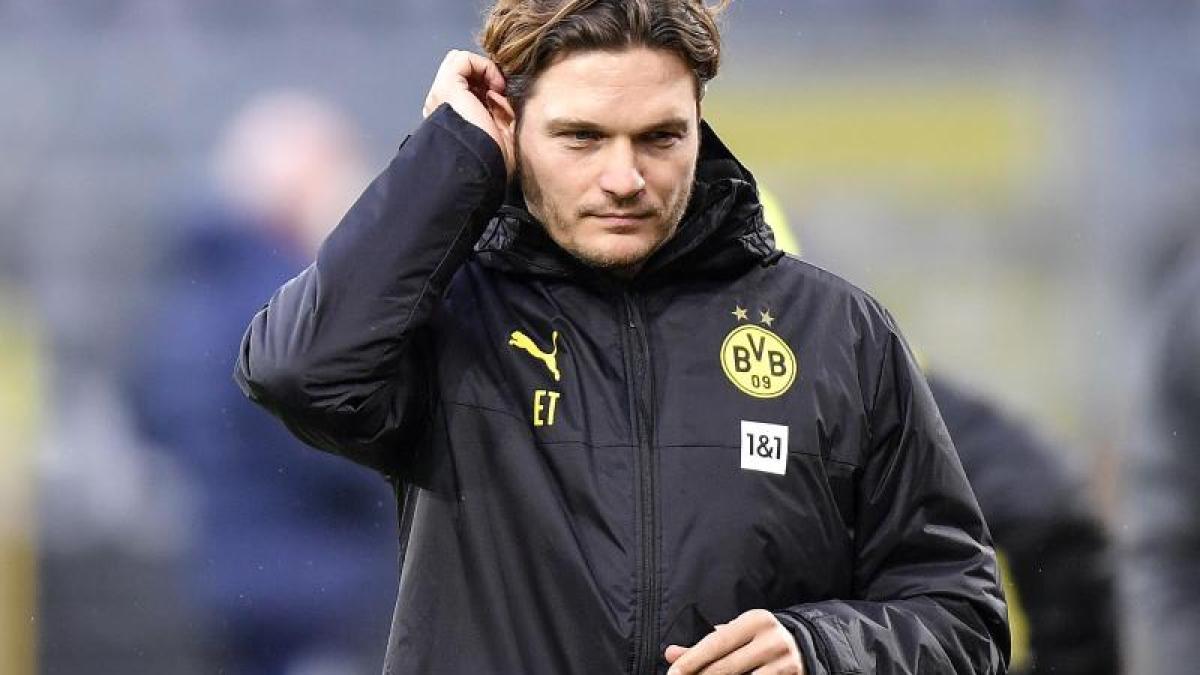 For the top clubs, direct duels are about who can follow the Hinserien champions FC Bayern Munich and who has to let go.

The English clubs are also stressed about appointments: After catching up games in the Premier League during the week, the fourth round of the FA Cup follows from Friday to Monday.

In the games at third Leverkusen (Tuesday) and in Mönchengladbach (Friday), the Terzic team is challenged.

After the poor 1: 1 against relegation candidate Mainz, the Revierclub is in debt.

Further setbacks could mean the early departure from the title race and even endanger the minimal goal of Champions League qualification.

BUNDESLIGA CRISIS DUELS: After the 1: 3 on Sunday at Eintracht Frankfurt, FC Schalke 04 are again bottom of the table.

On Wednesday the first half of the season continues against direct competitor 1. FC Köln.

With a win, the team of coach Christian Gross - the fourth Schalke coach this season - would move closer to third-bottom Cologne.

This could have serious consequences for Gross' Cologne colleague Markus Gisdol.

However, the next crisis duel is on for FC on Sunday: against TSG Hoffenheim.

Hertha BSC also wants to finally escape the gray football gloom, but the signs are bad before the game against Hoffenheim on Tuesday.

The last appearances were too poor, there are no personnel alternatives.

If there is no victory again, Bruno Labbadia can slowly no longer talk his way out.

A feeling that his young colleague from Hoffenheim, Sebastian Hoeneß, knows well.

A defeat at the Olympic Stadium could mean the end for him.

But there may also be a showdown with Cologne and Gisdol on Sunday.

PREMIER LEAGUE & FA-CUP: In England the league is more exciting than it has been in a long time.

Manchester United, Manchester City, Leicester City, champions Liverpool FC and Tottenham Hotspur are in a hot race for the title.

Leaders United are only four points away from fifth from Tottenham.

Man City could become leaders with a win against Aston Villa on Wednesday.

After three games without a goal and four without a win, Liverpool must finally score again on Thursday against Burnley to stay at the top.

The blues are in danger of losing touch.

The fourth round of the FA Cup will take place at the weekend, where arch-rivals Manchester United and Liverpool FC will meet again just one week after the league duel (0-0).

The Premier League representatives Manchester City at fourth division Cheltenham Town and Tottenham Hotspur at Wycombe Wanderes, the bottom of the table in the 2nd division, have supposedly easier cup tasks.

CLUB WORLD CUP DRAW: At the Club World Cup, which has been postponed to February, FC Bayern Munich would like to celebrate the sixth title win in 2020 as the Champions League winner.

The draw for the tournament in Qatar will take place this Tuesday (4 p.m.) in Zurich.

Auckland City FC will then be missing in the lottery pot.

The New Zealanders canceled their participation in the Club World Cup (February 1st to 11th).

The reason for this is the quarantine regulations in New Zealand due to the coronavirus pandemic.

The cancellation will not change the format, FIFA announced.

Bayern will not enter the Champions League until the semi-finals on February 8th.

CORONA CONSULTATIONS: The next federal and state corona assessments will take place on Tuesday, just under a week before the original date on January 25.

It is expected that measures to contain the pandemic will be tightened.

It is unclear whether the resolutions will also have an impact on football and professional sport as a whole.

SUPERCUP ITALY: The first title of the season is played on the boot.

The venue is the Mapei Stadium - Città del Tricolore in Reggio Emilia, home of Serie A eighth Sassuolo Calcio.

Information about the Club World Cup