China's economic recovery continues to inject confidence into the world 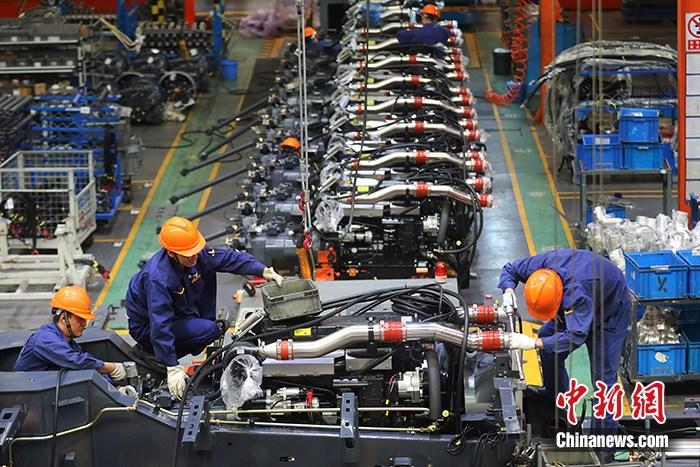 Facing the severe and complex situation at home and abroad, especially the severe impact of the new crown pneumonia epidemic, China's series of brilliant data have provided a strong footnote for the continued economic recovery and injected strong confidence in the anchoring of the recovery of the global economy.

Official data show that China's gross domestic product (GDP) will grow by 2.3% year-on-year in 2020, and the total economic output will exceed 100 trillion yuan (RMB, the same below) for the first time.

On a quarterly basis, China’s GDP grew by 6.5% year-on-year in the fourth quarter following the continuous positive growth in the second and third quarters.

As the world’s major economies are lighting up the “red light”, China once again uses data to show strong economic resilience and vitality, and “exceeding expectations” has also become the subject of major foreign media reports.

"In the fourth quarter, China's economic growth rate exceeded the level before the epidemic, which promoted the economic growth for the whole year, making China the only major economy to achieve positive growth in 2020." Bloomberg News quoted World Bank data to point out that although An annual growth rate of 2.3% is rare in history, but China’s share of the world economy is growing at the fastest rate on record.

CNN also pointed out that in decades, China’s economy has never experienced such a bad year. However, in the context of the world’s major economies being deeply mired in economic turmoil, China’s economy is still “outstanding” and its growth has even exceeded that of the International Monetary Fund. The organization previously expected.

Reuters reported that China’s economic data in the fourth quarter accelerated significantly, ending the difficult situation at the beginning of 2020 with a growth that exceeded expectations.

It is expected that China's economy will continue to grow strongly this year as the global pandemic continues to raging.

In the eyes of all walks of life, the "deep V" rebound of China's economy may seem unexpected, but it is actually reasonable.

The British Broadcasting Corporation reported that the Chinese government’s strict epidemic prevention and control measures have enabled China to achieve epidemic control faster than most countries. At the same time, the emergency rescue plan for enterprises has also created China's subsequent resumption of work and production, and the resumption of business and market. Advantageous conditions.

The Nikkei Asian Review also pointed out that China took the lead in controlling the epidemic and increasing industrial production capacity, which played an important role in safeguarding the global supply of large quantities of materials.

Bai Ming, deputy director of the International Market Research Institute of the Institute of International Trade and Economic Cooperation of the Ministry of Commerce, said that as a global manufacturing country, China's unique advantages in the entire industry chain are not available in other countries.

Statistics show that China's foreign trade data will perform strongly in 2020. The total value of imports and exports for the year exceeded 32 trillion yuan, and the total export value reached 17.93 trillion yuan, both of which hit a record high.

Given that the global economy is expected to achieve greater recovery in 2021, China's exports are expected to continue to be a key variable driving economic growth.

Alicia García Herrero, chief economist for the Asia-Pacific region of French Foreign Trade Bank, pointed out that the steady growth of the Chinese economy will become the main stabilizer and source of power for global economic growth.

In the process of the steady recovery of the world economy, China will continue to play an important role.

Many economic observers also analyzed and pointed out that the recent "Regional Comprehensive Economic Partnership Agreement" and "China-EU Geographical Indications Agreement" and other series of major trade agreements have been reached one after another, which will also bring more certainty to the future world economy.

According to Zong Liang, chief researcher of the Bank of China, China's acceleration of trade and investment cooperation with more countries and regions will help countries achieve mutual benefit and win-win results and share the dividends of global economic growth.