The number of naturalizations has increased significantly

Anyone wishing to become a German citizen must meet various requirements. The fact that more people were naturalized recently than in the previous year has to do with political decisions. 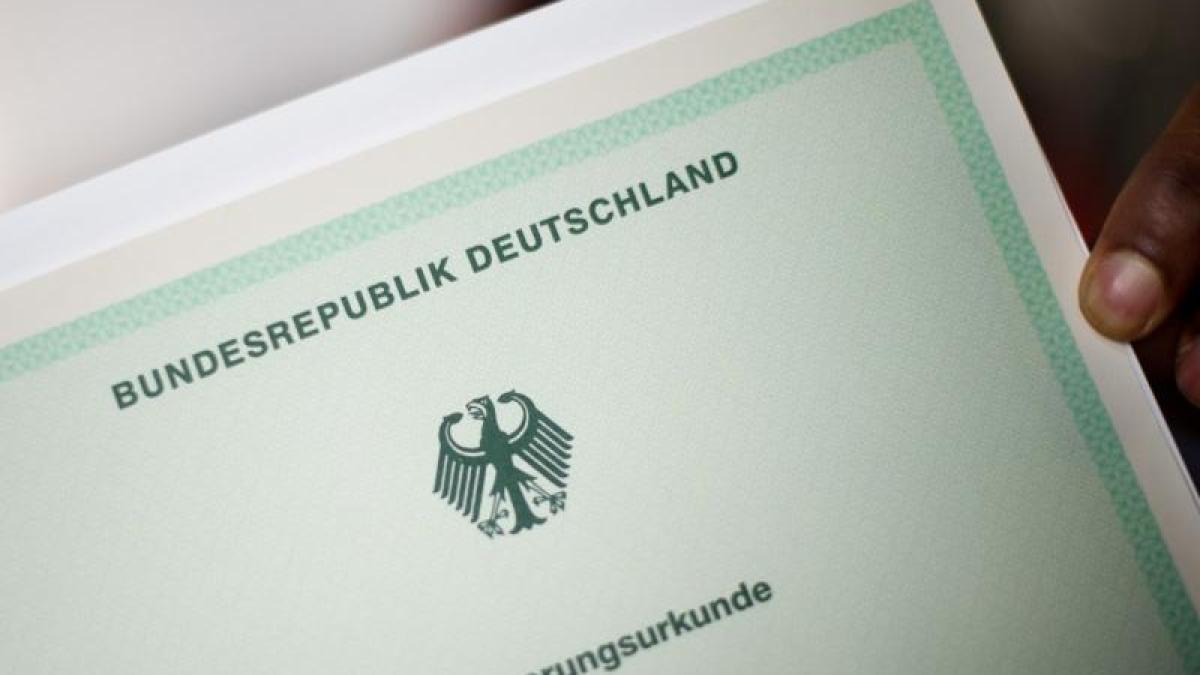 Hanover (dpa / lni) - The number of naturalizations in Lower Saxony has increased significantly.

The State Statistical Office recorded an increase of 29 percent in 2019 compared to the previous year.

This emerges from the Lower Saxony Monitor 2020, which was published in December.

Great Britain's exit from the European Union played a major role in this.

“Shortly before Brexit, the number of naturalized people from the United Kingdom rose even more than in previous years to 2216;

a good three quarters of them have lived in Germany for 20 years or more, ”the report says.

According to the data, on average between 2014 and 2019, around 8,700 people from Lower Saxony became German citizens every year.

Most of the naturalized come from the EU, in 2019 it was just under 39 percent.

The prerequisites for naturalization usually include that the person has legally lived in Germany for at least eight years, has no significant previous convictions, is committed to the free democratic basic order and speaks sufficient German.