They cost the US Treasury $ 100,000 ... Ivanka Trump and Kushner raise a controversy over preventing their guards from using the toilets

Ivanka Trump and her husband, Jared Kushner, have sparked a new controversy on US platforms after a report revealed that their guards were banned from using the restrooms in their home. 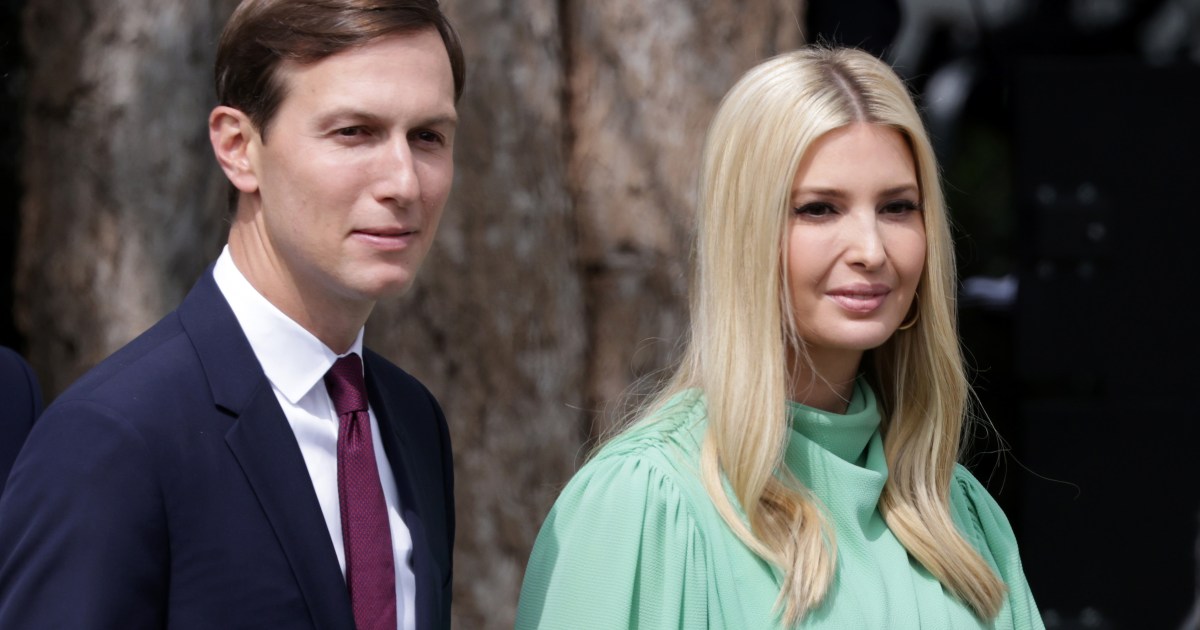 Ivanka Trump and her husband, Jared Kushner, have sparked a new controversy on US platforms after a report revealed that their guards were banned from using the restrooms in their home.

It seems irrational for Ivanka Trump and Jared Kushner to mistreat the Secret Service.

Their job is to protect the couple.

I would go out of my way to be kind to them.

I also try to be kind to restaurant staff because they prepare and serve my food.

According to the report published by The Washington Post and also quoted by CNN, the guards began to use the bathrooms in a garage turned into a command center in the house of former President Barack Obama used by the Detail detachment. (detail) Obama's security elements.

But that ended when Obama's ward officials banned the use of Kushner guards in the bathroom after "a Secret Service supervisor - from the Kushner escort team - left an annoying mess" in the bathroom before Fall 2017, the newspaper reported, citing a person familiar with the matter.

After that, the Kushner guards began heading to the home of Vice President Mike Pence, about a mile away, to use the bathroom there or use the facilities at local restaurants.

I know the past 4 years have been awash in the most shocking corruption and abuse imaginable as this family pillaged the federal government for anything not nailed down.

But man this story drives home what profoundly crummy human beings they are.

The rented apartment was near the house of Jared and Ivanka Trump, and according to what a source familiar with service activities told CNN, the goal of this apartment is for the guards to be able to use the bathroom and obtain office space.

The Trump administration can't get flushed down the toilet fast enough.

The latest: Ivanka and Jared Trump would not let the Secret Service into their Washington home to use the bathroom.

Several interactions emerged regarding the report, with tweets criticizing Ivanka and her husband's behavior.

For his part, White House spokesman Judd Deere denied that Ivanka and Kushner did not allow Secret Service personnel to use the bathroom, according to "CNN".