The British Tower of London announced that the "queen" of ravens has been missing for several weeks and is assumed to have passed away. The Queen of Ravens, named Merlinna, has been living with seven other crows inside the tower and has been there since 2007. Legend says that there must be at least six crows. In the tower to provide the meat 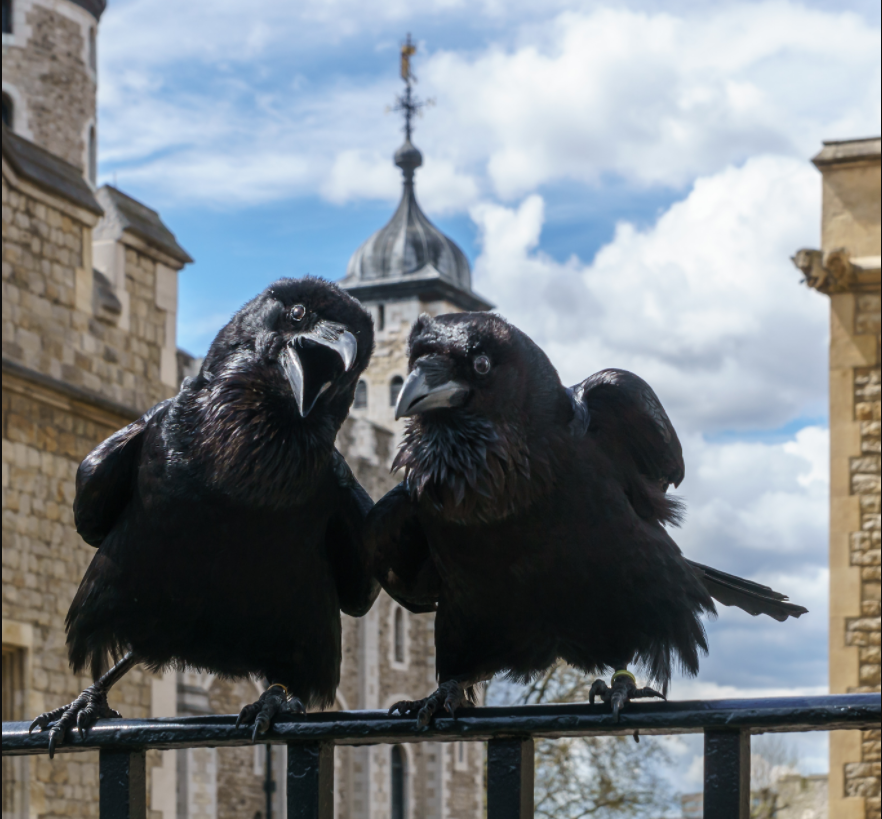 The British Tower of London announced that the "queen" of the ravens had been missing for several weeks and was presumed dead.

The queen of crows, called Merlinna, has been living with seven other crows inside the tower, and she has been there since 2007.

Legend has it that there must be at least six crows in the tower to provide protection, and if those ravens leave the tower, "the kingdom (Britain) will fall."

The crows keeper, Christopher Skife, told the BBC on Thursday that the crow had disappeared before Christmas, a week before England entered its third lockdown in less than a year.

In a statement to Deutsche Presse-Agentur, the Authority of Historic Royal Palaces, which manages the tower, said that while crows often "wander" outside the palace, Merlin would always return.

According to Wikipedia, there are 6 caged birds in the Tower of London of the black crows family, believed in popular culture that they are in order to protect the royal crown, and there is a myth that says that if these crows were lost or escaped, the crown would fall and Britain would also collapse, so a number of kings were keen in the past. On preserving crows and their nesting grounds in the tower.

This myth was almost fulfilled in 1944 during World War II, when German air raids on London nearly killed the last remaining crow, which tried to target them informally with the aim of weakening Britain's morale.

During World War II, many crows died due to the air strikes during the bombing of London by Germany, which prompted Prime Minister Winston Churchill to bring more crows and appoint soldiers to take care of them.

The stories of these crows have made them now one of the most prominent things that tourists are keen to visit and take pictures with, and the tower crows are specially bred and brought from Somerset in the southwest of England.

Historically, wilderness areas were common throughout Britain, even in cities, and the tower was within their natural range, which explains why crows reached the towers.

Some historians believe that the tower crows are likely just a popular myth with no historical basis.

Crows are now one of the attractions of London tourists.