Merkel wants to hold a corona crisis summit next week

The Chancellor is deeply concerned about the British Corona mutation. She doesn't want to lose any time and discuss the situation with the country chiefs next week. According to media reports, the Chancellery is also considering tightening the lockdown. 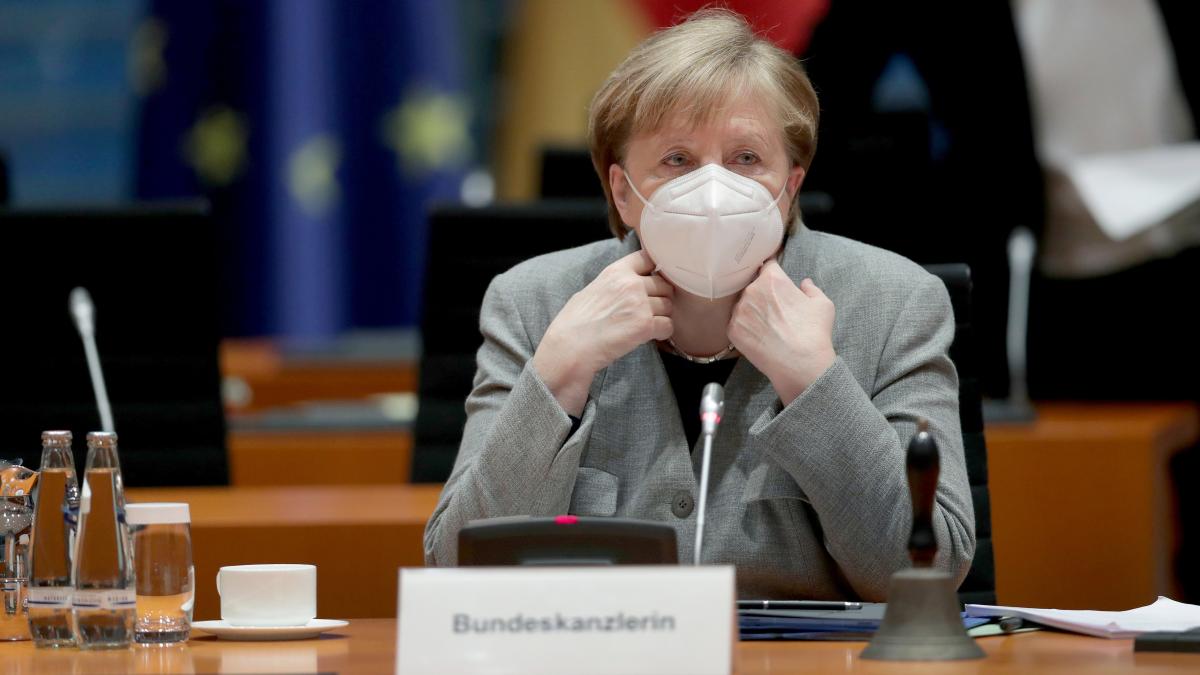 Chancellor Angela Merkel (CDU) wants to discuss how to proceed with the corona pandemic with the prime ministers of the federal states next week and not as planned on January 25.

Merkel made this clear on Thursday evening in the online meeting of the CDU presidium in preparation for the CDU election party conference on Friday and Saturday, according to information from the news agencies dpa and AFP from several participants.

There is currently no scope for openings.

Merkel did not mention a date for the next round with the heads of government of the countries.

In the coming week, the development of the pandemic should also be discussed at European level with all EU heads of state and government, the Chancellor said after this information.

The variant of the coronavirus that has emerged in the UK is spreading much faster than the original form, scientists are very concerned.

Everyone believes that the virus mutation is very aggressive and that its spread must be slowed down.

From the digital consultations in the CDU executive committee following the presidium meeting, Merkel was quoted as saying that they were in a race against time and couldn't wait until January 25th.

According to further information, Monday or Tuesday of next week are being discussed as the date for the next Prime Minister's Conference with Merkel.

But there has not yet been a determination.

The Hessian Prime Minister Volker Bouffier said after this information that the next meeting should take place as soon as possible.

One focus of the consultations must be placed on old people's homes.

Baden-Württemberg's Prime Minister Winfried Kretschmann (Greens) had previously advocated an earlier date than January 25 for the next deliberations.

Will the lockdown be tightened again?

According to several participants, Merkel rejected a report in the “Bild” newspaper, according to which the Chancellery was considering the discontinuation of local and long-distance public transport.

In the board meeting, the Chancellor said after further information, nobody wanted to close the local public transport (ÖPNV).

Rather, the local public transport must be relieved by employees working more in the home office and thus the contacts could be further reduced.

The “Bild” newspaper and the “Tagesspiegel” reported that the Chancellery and several federal states were considering shutting down public transport in order to reduce the number of infections.

Greater restrictions on freedom of movement are also under discussion.

The Federal Ministry of Transport is also examining the consequences of shutting down traffic.

According to the "Bild", the head of the Chancellery, Helge Braun, also warned of the possible effects of the corona mutation on the infection process.

The Chancellery has "no evidence, but evidence" of the danger of the new variant of the virus.

Saarland's Prime Minister Tobias Hans said after “Bild” information: “We have to react to the mutation.

Otherwise the citizens will not forgive us. "

So far, according to the statistics of the Robert Koch Institute (RKI), it has not been possible to massively reduce the infection rates in Germany.

The institute reported more than 25,000 new Covid cases on Thursday.

This means that despite small bright spots that do not yet show a trend, the plateau is much too high.

RKI President Lothar Wieler emphasized on Thursday morning that, in his view, the previous pandemic rules are not sufficient.

"These measures that we are taking now - for me it is not a complete lockdown," said Wieler.

"There are still too many exceptions and it is not carried out strictly." With a view to more contagious mutations of the coronavirus, he added: "There is a possibility that the situation will get worse."

According to the participants, Merkel praised the performance of the pharmaceutical companies in Germany in the evening, as the dpa reported.

It is sensational that a vaccine is already there after ten months - from a German pharmaceutical company.

Now it is made in Germany and Europe.

The Mainz company Biontech and the US partner Pfizer are a good example of transatlantic cooperation.

What is being done by the pharmaceutical companies in Germany is great.

This is also proof that the social market economy works.

Work is going on day and night to ensure that a vaccine is developed and produced.

In this context, the Chancellor especially thanked Health Minister Jens Spahn (CDU), who has a lot of contact with companies and researchers.

Spahn, who had been heavily criticized for his vaccine policy by the coalition partner SPD, among other things, said in the presidium meeting that it was in the worst phase of the pandemic.

Abroad, too, you can see that corona vaccinations would not have prevented a lockdown.

Union faction leader Ralph Brinkhaus praised the fact that the Bundeswehr is deploying 10,000 more soldiers to fight the corona pandemic.