Gastronomy: The List recognizes chefs who stand up to the pandemic

The French aggregator La List, which aims to be the &amp; quot; classification of classifications &amp; quot; of gastronomy, unveiled Thursday a selection of chefs who best adapt to the health crisis. Prices in the form of snub &amp; nbsp; in the Michelin guide, which is about to unveil a more traditional list on Monday. 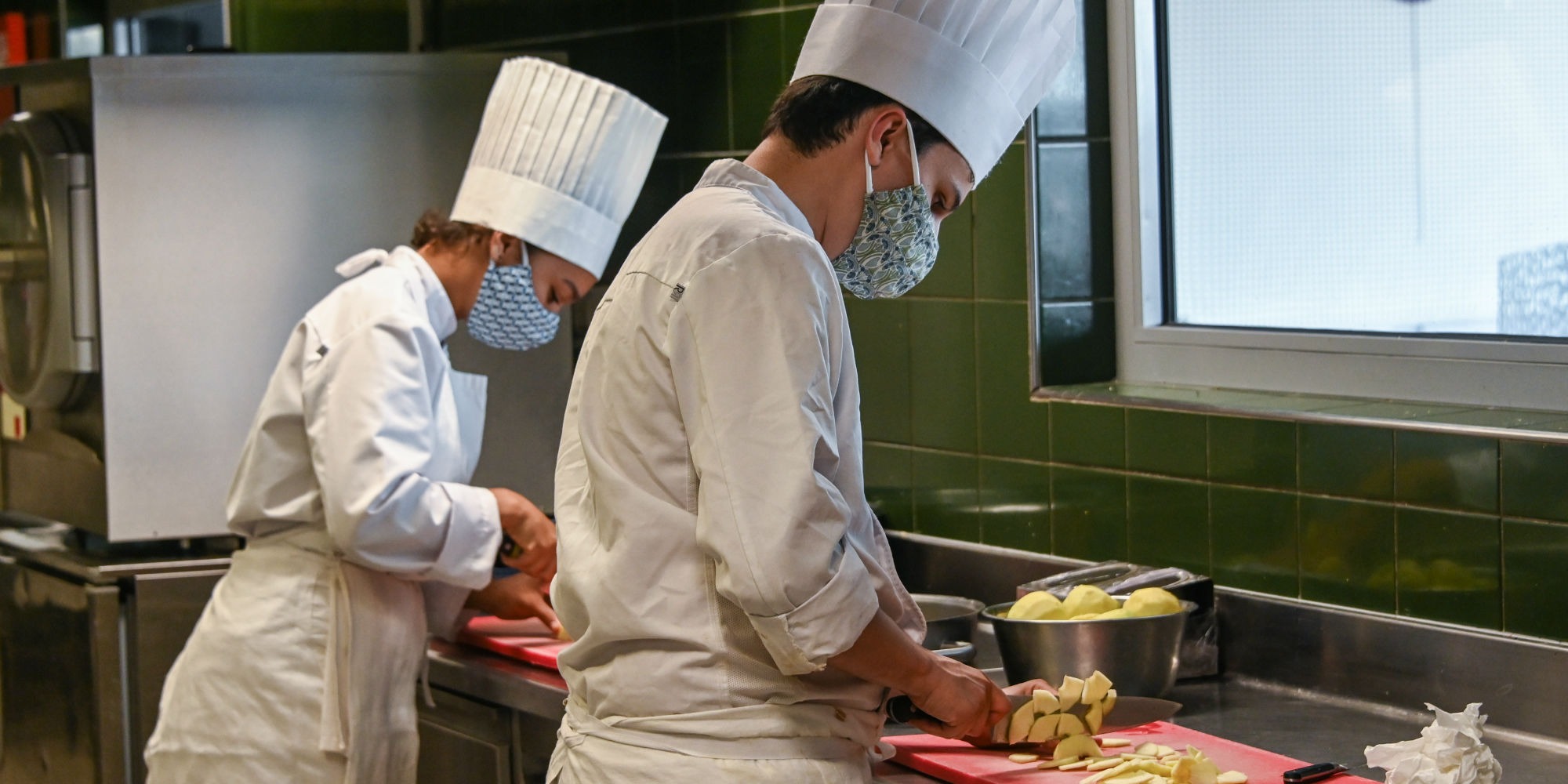 The French aggregator La List, which aims to be the "classification of classifications" of gastronomy, unveiled on Thursday a selection of chefs who are best adapted to the health crisis.

Prices in the form of snub to the Michelin guide, which is about to unveil a more traditional list on Monday.

This year, no ranking but prizes for the chefs who are best adapted to the pandemic: The List revealed on Thursday its selection in the form of a snub to the Michelin guide, which is preparing to unveil a more traditional list on Monday .

"It was a year when we could not do as usual, it would be unwelcome (...) It is difficult to classify the restaurants which have been closed in certain countries for three quarters of the year" , declared Hélène Petrini, new director of the List, coming from 50 Best, the great British competitor.

Coronavirus: follow the evolution of the situation Thursday, January 14

"Values ​​which will be structural in the future" in the spotlight

The French aggregator who wants to be the "classification of classifications" and follows 25,000 restaurants in 200 countries on the basis of guides, blogs and press articles, has chosen to reward "the values ​​which will be structural in the future: innovation, solidarity, ethics, sustainable development, ”she underlined.

The selection accompanied by a study on the state and trends of global gastronomy launches a few spikes at Michelin, which maintains its list on Monday, in full slump for the sector, raising questions about the way in which closed restaurants have been evaluated. due to a health crisis.

"In some countries, we can only be surprised at the omnipresence of inspectors of gastronomic guides who manage to reward tables that have been closed for several months (...) In Brazil for example, the Michelin guide has awarded two stars the restaurant Alex Atala, closed for seven months according to his Instagram account ", we read in the observatory of gastronomy of La List.

In another grip on the famous red guide, La List awards the prize for the "new gastronomic destination" to Florent Ladeyn (Auberge du Vert-Mont in Flanders, northern France), who lost his award last year. Michelin star.

The demotion of this eco-responsible chef who defends "healthy extremism", who has banned coffee and chocolate and only cooks what grows around him, had aroused excitement and incomprehension.

“It's almost done on purpose, it motivated us,” comments Hélène Pietrini.

"He went out of his way this year, even by having closed, by innovating, by doing lots of solidarity things with all the people in his region, which is not the most touristic, nor the sunniest."

For the international selection of this prize, La List chose the Ghanaian chef Selassie Atadika (Midunu) who "builds on the history, the soil of her country, a sophisticated cuisine".

In Paris, the chef of Malian origin and star of the last season of the popular show Top chef Mory Sacko is one of the "young talents" awarded.

In its first Mosuké restaurant, launched in September between the two confinements, it combines African, Japanese and French flavors.

Ten special prizes created in the context of the health crisis

Ten special prizes were created in the context of the health crisis that has hit the catering industry hard.

They also highlight the chefs who have managed to reinvent themselves during lockdowns with new offers and business models.

"He played the gastronomic 'take away' and 'drive in' card, he did not fall asleep on his laurels. He opened his gourmet market because he found himself with too many goods during the second confinement, he made his 'food truck', a grocery store, and it works really well! ", emphasizes Hélène Pietrini.

He embodies "these leaders who seek, innovate, adapt to save their business and think their economic model differently".

Italian Simone Zanoni is awarded for "digital innovation" for his daily cooking lessons from home to stay connected with customers confined to his restaurant Le George at the Four Seasons George V palace in Paris.

The List paid tribute to a few successful openings, despite the pandemic, such as CococoCouture in Saint Petersburg, Russia, Euphoria by Jason Tan in Singapore, Ever in Chicago or Kol in London.