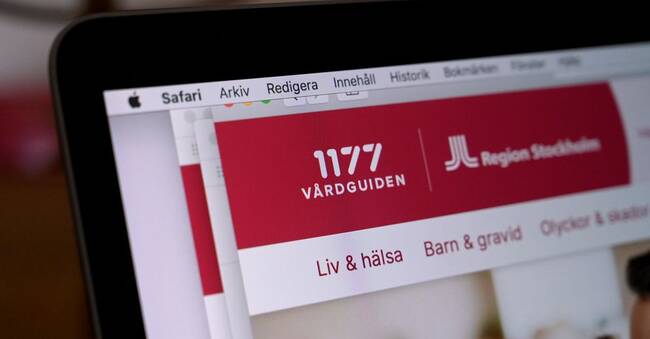 Vårdgjänster manages 1177 Vårdguiden in the Stockholm Region, the only region that does not run the website and telephone service under its own auspices.

- A year ago, Medhelp had two more regions and it is clear that it is interesting for us to be able to expand to more regions.

The main reason why we have been interested is that Medhelp's business works so fantastically well.

It is an incredibly well-run company, says Erik Hjelmstedt, Sweden manager for Kry, to the newspaper.

According to Kry, the business remains unchanged, with no connection between Kry's system and 1177 Vårdguiden.

Approximately 250 nurses employed by Medhelp will continue to work in Vårdtjänster after the change of ownership.

- Our drive is to become a larger and more important primary care player in Sweden and this gives us the opportunity to expand with a business that we believe we can develop, says Erik Hjelmstedt to Dagens Medicin.

Magnus Isacson, chairman of the Swedish Association for General Medicine, and specialist in general medicine at Tensta care center in northwest Stockholm, sees a risk that other private and public health centers will be disadvantaged if the deal goes awry, since 1177 Vårdguiden has a role as the spider in the web.

Kry is a care provider that has its own health centers, and then they will be responsible for the system that takes care of counseling and referral.

It will be a very strange competitive situation.

- Even if there does not have to be something wrong, there is always a risk of a dispute, says Magnus Isacson to TT.

Krys press manager Jonas Beltrame-Linné sees no risk of conflict and tells TT that the company will not influence where the patients end up.

- In other words, the nurse cannot reward any care provider before any other current referrals, says Jonas Beltrame-Linné.

The Stockholm region must formally approve the change of ownership.

The purchase price is secret according to the agreement between the parties.

Last autumn, Kry was in bad weather after offering Stockholmers who use the company's app to sign up for Kry's newly opened health centers.

Many patients were not aware that they had thus lost the listing at their previous health centers.

One of the more profiled critics was Minister of Social Affairs Lena Hallengren (S).

Kry defended himself by saying that the company follows the rules.

This is how it sounded in October when Health and Regional Health Councilor Anna Starbrink (L) and Opposition Councilor Aida Hadzialic (S) debated Kry and the listing:

Aida Hadzialic (S), opposition regional councilor, wants Kry not to be allowed to open more health centers until the company has clarified the rules for listing patients via the app.