Popular app Parler from the network with Trump supporters

The Twitter alternative Parler is largely unregulated in terms of the spread of hatred and agitation. The network is extremely popular among fans of Donald Trump - but it is now being used by more and more smartphone operating systems. 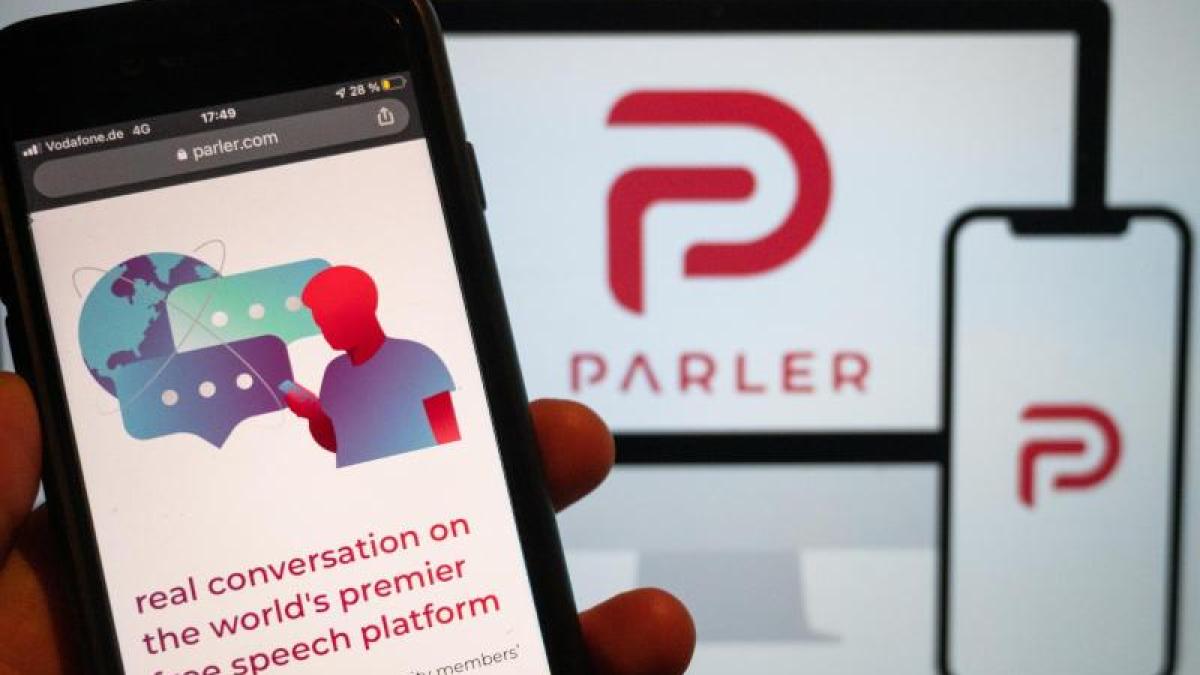 Washington (AP) - The outgoing US President Donald Trump loses another platform for direct communication with his supporters after Twitter and Facebook.

The online service Parler was no longer available on Monday after Amazon stopped working as a technical service provider.

The world's largest online retailer is also a leading provider of online infrastructure that many start-ups and established companies rely on.

Parler described itself as an online platform focused on free speech.

In reality it was a kind of Twitter where everything is allowed.

The relatively small platform largely dispensed with regulating content and did little to counter hate speech, threats and the spread of false information.

In view of the increasingly tough crackdown by Twitter and Facebook against calls for violence and conspiracy theories, Trump supporters have increasingly migrated to Parler in recent months.

But last week the air for the new online network became thinner.

Apple and Google banned the Parler app from their app stores, referring to the lack of content regulation.

It could no longer be reloaded onto the smartphones, but it still worked.

However, since Parler relied on Amazon's cloud server, the service was also canceled when the service provider left.

Company boss John Matze had already said on Sunday that the platform would be down for at least a week.

It is unclear, however, whether there are providers who want Parler as customers.

Parler boss John Matze admitted in a statement on TV broadcaster NBC that the service would be “probably longer than expected” offline.

Most providers with enough servers would have "closed their doors for us".

At the same time he claimed on Monday that Parler had been working on a system to deal with threats of violence.

Parler argued in the lawsuit against Amazon that the technology company's decision was politically motivated.

Amazon intervened with its action in the competition between Parler and Twitter and violated US antitrust law, it said.

In addition, the group had violated notice periods.

Parler first wants an injunction that would force Amazon to resume service.

Trump's Twitter and Facebook accounts had been blocked until further notice after his supporters had stormed the Capitol in Washington.

The platforms point to the risk that the president could incite further violence with his statements.

People in Trump's circle had repeatedly advertised Parler as an alternative to Twitter or Facebook, which allegedly suppressed conservative views.