Learning every day | With regard to the credibility of law enforcement and justice, Xi Jinping's quote is meaningful

|Learning every day| Today is the first "Chinese People's Police Day". Recently, on behalf of the Party Central Committee, General Secretary Xi Jinping extended sincere condolences to the people’s police across the country, and hopes that everyone will practice loyalty to the party, serve the people, enforce justice, and discipline strictly, and strive to build a higher level of safe China and r 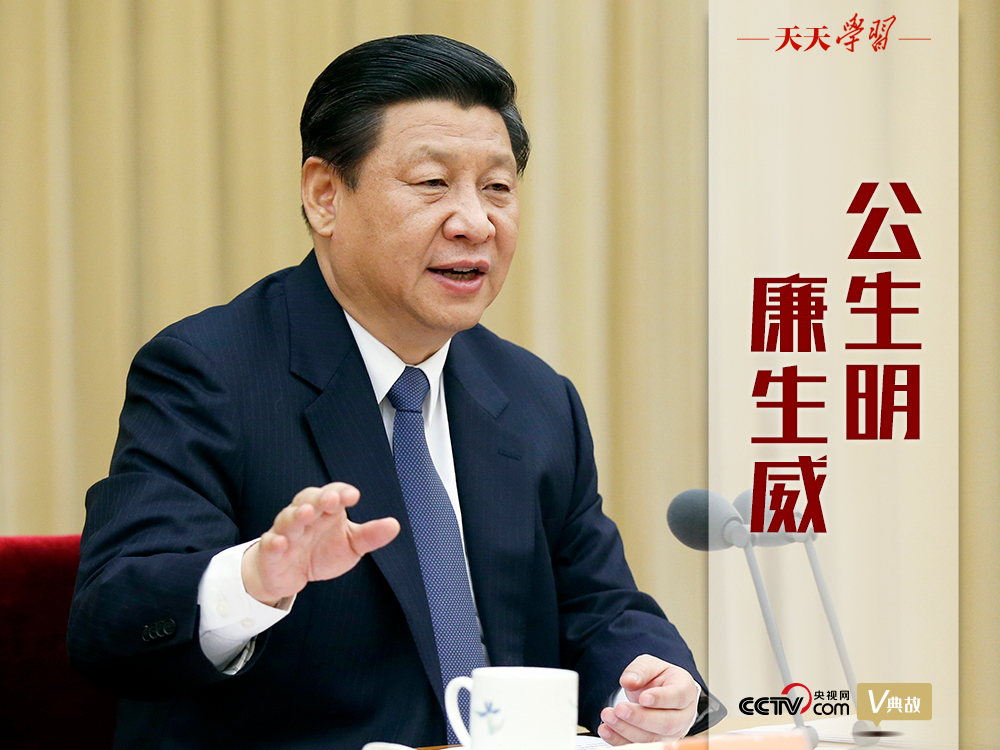 Recently, on behalf of the Party Central Committee, General Secretary Xi Jinping extended sincere condolences to the people’s police across the country, and hopes that everyone will practice loyalty to the party, serve the people, enforce justice, and discipline strictly, and strive to build a higher level of safe China and rule of law. China has made new and greater contributions to guaranteeing people's happiness, national security, and social stability, and celebrated the 100th anniversary of the founding of the party with outstanding achievements.

On January 7, 2014, he emphasized at the Central Political and Legal Work Conference that in order to fulfill the glorious mission entrusted by the party and the people, political and legal institutions must strictly enforce the law and impartial justice.

He quoted the famous saying in the ancient "Guardian's Proverbs" "Brightness and integrity", and pointed out that whether law enforcement and justice have credibility, mainly depends on two points: one is fairness and unfairness, and the other is honest and uncorrupted.

According to textual research, the words of "Guardian Zhen" came from Cao Duan, a beginner of the Ming Dynasty. Later, the governor of Shandong Nianfu slightly modified his words and added "Gong Sheng Ming, Lian Sheng Wei" as his official motto.

This 36-character "Guardian Zhen" can be described as a warning policy of every word and a medicine stone of every sentence.

It is the most important interpretation of the official foundation: one is public; the other is honest.

Only by being fair can we distinguish right from wrong, and only by being honest can we establish authority.

Gongquan is the surname Gong, and the use of power is for the people.

General Secretary Xi Jinping emphasized at the 2014 Central Political and Legal Work Conference that “being fair and honest and prestigious” is to insist on promoting fairness through openness, maintaining integrity through transparency, and enhancing the awareness of active openness and active acceptance of supervision, so that black-box operations are not Space makes it impossible for judicial corruption to hide.

"Public health, honesty and prestige" is not only a requirement for all political and legal cadres, but also an inspiring entrustment to all party comrades.

Fairness and cleanliness are the basic qualities that a political person should possess, and must be maintained for life, without any slack.

The construction of party style and clean government has always been a major event that General Secretary Xi Jinping attaches great importance to.

When serving as secretary of the Zhengding County Party Committee, he presided over the formulation of the "Six Regulations on Improving Leadership Style", requiring leading cadres to take charge of the overall situation, grasp major issues, dare to face tough, dare to take responsibility, carry forward the spirit of nailing nails, and pay attention to actual results.

In his daily work and life, he is even more honest, arduous and simple, set strict demands on himself, and set an example.

Whether it's going to the countryside for research or going out to investigate, he always pays for the food.

Sometimes guests come, and he pays out of his pocket and entertains him with a few plates of farm dishes.

In every move, the political character and moral sentiment of the Chinese Communists are displayed.

During his tenure as secretary of the Ningde Prefectural Committee, Xi Jinping presided over the formulation of the "Twelve Regulations" on the integrity and self-discipline of the prefectural committee and administrative officials.

During his presidency in Zhejiang, Xi Jinping grasped the work style and did not relax.

He asked the cadres in Zhejiang to carry a black hat, and not to be an official. On behalf of the Standing Committee of the Provincial Party Committee, he made six promises to the people of the province.

Since the 18th National Congress of the Communist Party of China, in the face of various problems and shortcomings existing in the party, the Party Central Committee with Comrade Xi Jinping at the core has promoted comprehensive and strict governance of the party with a thorough self-revolutionary spirit, and has unremittingly promoted the implementation of the spirit of the eight central regulations. Constantly rectify the "four winds", continue to resolutely eliminate all negative factors affecting the party's advanced nature and purity, purify the political ecology within the party, promote the continuous improvement of party style, political style and social atmosphere, in order to create the party and the country's cause The new situation provides an important guarantee.