USA Liveticker: Intruder arrested in Pelosi's office in the Capitol

A man proudly had himself photographed in the armchair of the Democrat Pelosi: Now the alleged perpetrator has been arrested. Pelosi is concerned about Trump's ability to access the nuclear codes. All developments in the live ticker. 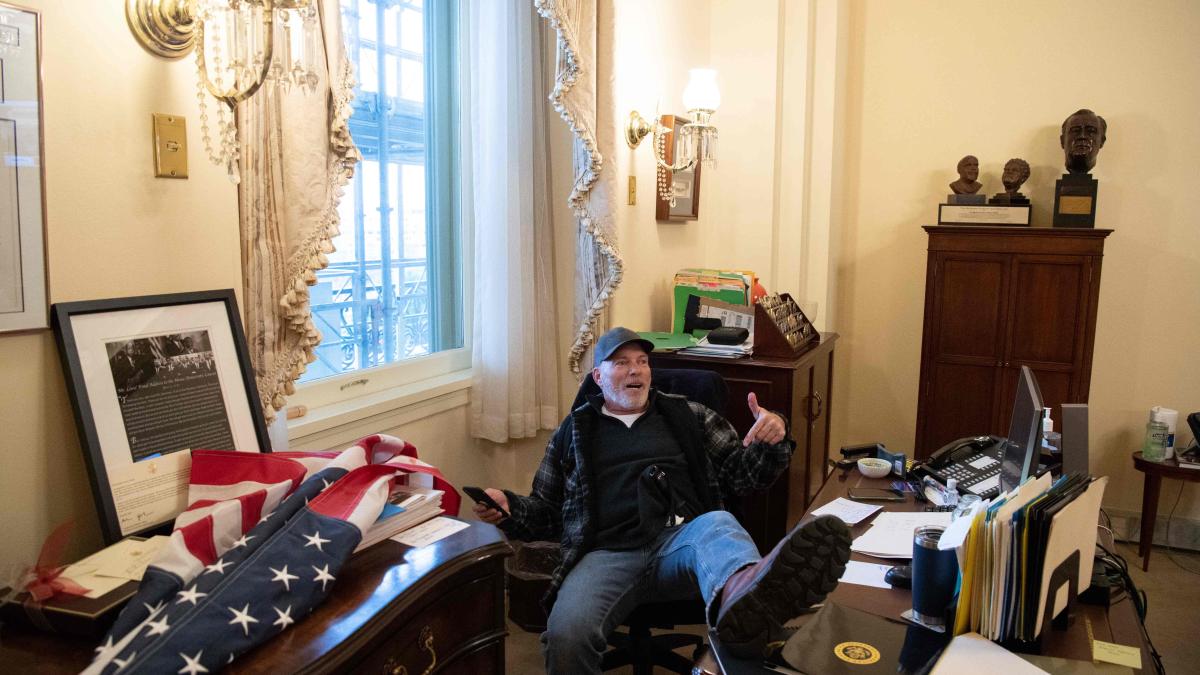 After the storm on the Capitol, a man proudly had himself photographed in the chair of the chairwoman of the House of Representatives, Democrat Nancy Pelosi: Now the alleged perpetrator has been arrested.

He is accused of breaking into a specially secured building, trespassing, vandalism and theft, as a senior representative of the Justice Department, Ken Kohl, announced on Friday.

Richard B. was arrested in Little Rock, Arkansas.

A photo on Wednesday showed a man sitting in Pelosi's chair with one foot on the table.

The ministry is also presenting 14 other charges under federal law, Kohl said.

One of the suspects is accused of having had eleven incendiary devices and weapons in his car parked nearby.

The Molotov cocktails were particularly dangerous because they were mixed with a kind of foam, which resulted in a napalm-like incendiary bomb, Kohl said.

Meanwhile, Pelosi says he has spoken to the highest-ranking military commander to ensure that Trump cannot initiate any combat operations or order a nuclear strike in his remaining two weeks in office.

"The position of this troubled president could not be more dangerous and we must do everything we can to protect the American people from their unbalanced attack on our country and our democracy," wrote Pelosi in a letter to colleagues.

In it, she again underlines the willingness of the US Congress to “act” if Trump does not resign “immediately and voluntarily” or is declared incapacitated by Vice President Mike Pence and the cabinet.

The Capitol Police have confirmed that one of their officers has died as a result of the rioting on and in the Capitol.

Brian Sicknick succumbed to his injuries sustained in clashes with protesters, according to a police statement.

The riots thus cost the lives of at least five people.