On the anniversary of the assassination of Soleimani and the engineer ... the head of the Iraqi Popular Mobilization Forces calls for the removal of foreign forces and Washington imposes sanctions on him

The head of the Popular Mobilization Authority in Iraq, Faleh al-Fayyad, called for the removal of foreign forces from the country, while the US Treasury Department announced the imposition of sanctions on him for his involvement in serious human rights violations. 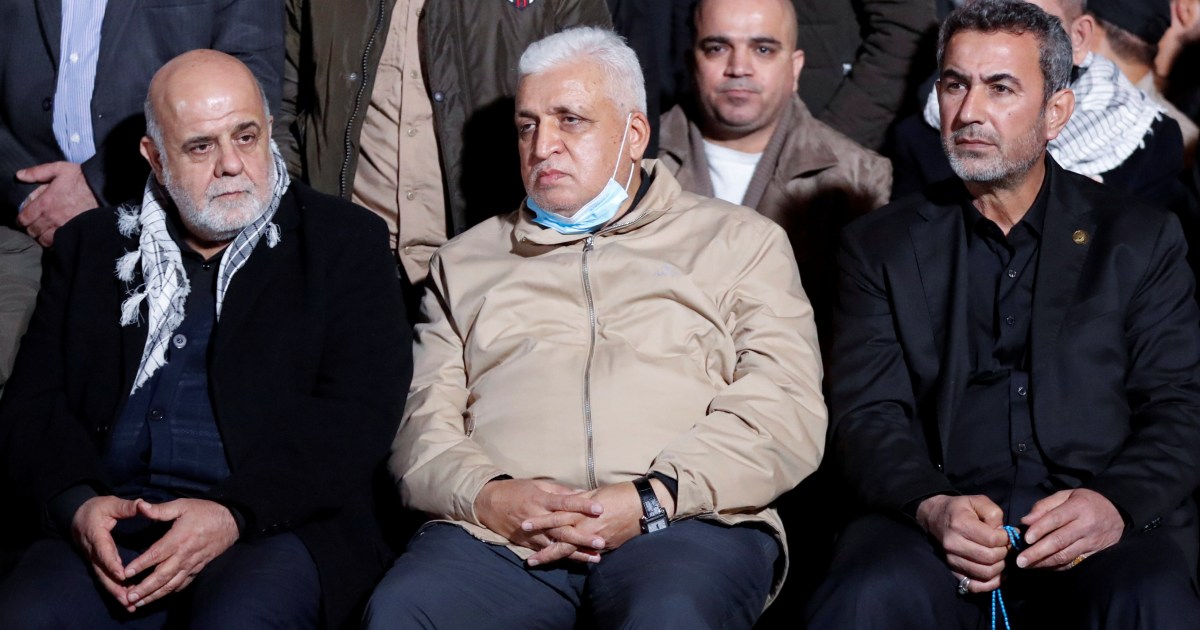 The head of the Popular Mobilization Authority in Iraq, Faleh al-Fayyad, called for the removal of foreign forces from the country, while the US Treasury Department announced the imposition of sanctions on him for his involvement in serious human rights violations.

The ministry stated that the sanctions include confiscating all of Al-Fayyad's property and personal interests in the United States, and the prohibition of any entities that own 50% of its share or that he and others own directly or indirectly.

The ministry indicated that the sanctions against Fayyad came in implementation of Executive Order No. 13818, which provides for the punishment of human rights violators around the world and publishers of corruption.

US Treasury Secretary Stephen Mnuchin said, "Politicians allied with Iran, such as Faleh al-Fayyad, are waging a violent campaign against democracy in Iraq by directing and supervising the killing of peaceful Iraqi demonstrators."

Mnuchin stressed that the United States will continue to hold human rights violators in Iraq accountable, who seek to prevent the Iraqi people from peaceful protest, achieve justice and root out corruption, he said.

On the other hand, Fayyad considered that the exit of foreign forces from the country would give Iraq its independence and sovereignty and enable it to control its political decision.

Al-Fayadh said - during a speech he gave at a popular festival in Basra, southern Iraq, on the occasion of the first anniversary of the American forces ’assassination of the Iranian Quds Force commander Qassem Soleimani and the leader of the Popular Mobilization Forces, Abu Mahdi al-Muhandis - that the parliament’s decision regarding the departure of foreign forces constitutes the first response to the US raid.

Fayyad is one of the prominent Shiite politicians in Iraq, and he used to occupy the position of National Security Adviser in addition to his current position, but Prime Minister Mustafa Al-Kazemi removed him from his post months ago.

The Popular Mobilization Forces were formed to fight ISIS when it invaded northern and western Iraq in 2014, and fought battles against the organization alongside the army forces.

However, the crowd - especially its factions close to Iran - is facing charges of committing violations against the Sunnis, in addition to the suppression of the popular protests that began in 2019 against the ruling elite accused of corruption and dependency abroad.