British companies are feeling the consequences of Brexit

The UK's exit from the single market and customs union is making companies on the island more troubled than Prime Minister Boris Johnson's optimistic remarks would lead one to expect. The fishermen in Scotland in particular fear for their livelihood. 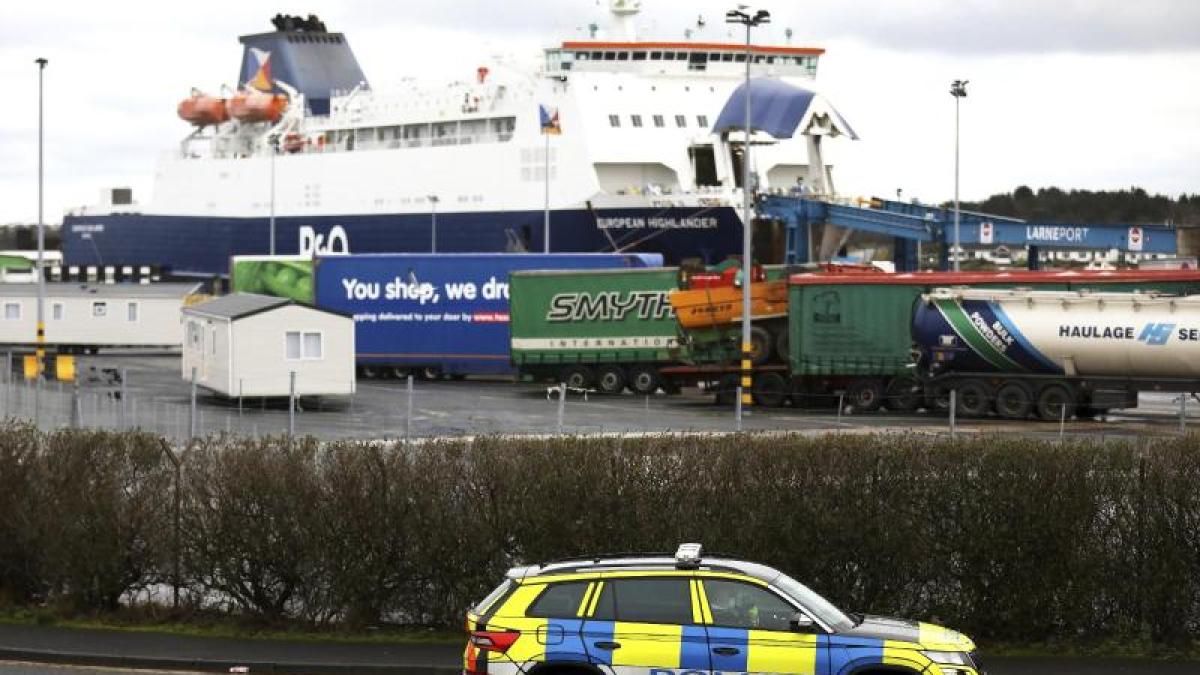 London (dpa) - A good week after Great Britain left the EU internal market and the customs union at the turn of the year, the consequences of the movement of goods are noticeable.

There are problems in particular for exporters of fish and seafood, who now have to fill out complex declarations for provisions on customs duties and food safety for their goods.

It is feared that delays in the delivery of the perishable goods, most of which are destined for the continent, will ruin business.

British Prime Minister Boris Johnson had promised after the conclusion of what he called the “fantastic” trade pact with the EU that there would be no trade barriers.

The export company SB Fish reported Thursday that its operations had come to a standstill.

The head of the Seafood Scotland Association, Donna Fordyce, spoke of a "perfect storm" from the consequences of the corona pandemic and Brexit for the industry.

Many companies are not able to fill out the required documents.

In addition, there would be problems with the IT systems and confusion about the new regulations.

"We could see the destruction of a centuries-old industry that is a significant part of the Scottish economy in a very short time," said Fordyce, according to the UK news agency.

The parcel service DPD also took action on Friday and temporarily stopped deliveries from Great Britain to the European continent and to Ireland.

The reason is the increased burden of the necessary customs bureaucracy, as the company announced on its website.

Accordingly, 20 percent of the parcels were sent without a sufficient customs declaration and would have to be returned to the sender.

There are also difficulties for textile retailers, whose goods are often manufactured in Asia.

According to the trade pact agreed on Christmas Eve, clothes and accessories from, for example, Bangladesh or Cambodia are now subject to customs duties if they are shipped from Great Britain to the Irish island or the continent.

In addition to the EU member Ireland, the new rules also affect Northern Ireland, which is part of the United Kingdom.

Only goods that have been further processed or refined in Great Britain may be imported into the EU customs area duty-free.

"We are sorry, but we are currently not able to deliver orders from the Republic of Ireland due to uncertainty about the trade regulations after Brexit," it said in explanation.

Even the grocery trade in Northern Ireland is struggling with the changes.

"The people here complain about empty shelves in the supermarkets," said the Northern Irish conflict researcher and Brexit expert Katy Hayward from Queen's University Belfast of the German press agency.

Companies are unsure which forms are required for import.

“Many realize that they are not prepared,” says Hayward.

That is not surprising - it usually takes years to implement such complex changes.

Many companies therefore postpone their trips, which is the first thing that becomes noticeable with fresh products.

The province is thus more closely tied to the EU than the rest of the kingdom and continues to follow the rules of the EU internal market.

When importing goods from Great Britain to Northern Ireland, customs and certificate controls have therefore been due since January 1st.

However, the corresponding specifications were only published just before the turn of the year.