An investor is acquitted of seizing 1.5 million dirhams from someone he does not know

A European investor was surprised to be accused of a fraud crime, and his seizure of one million and 500 thousand dirhams, in participation with another (Asian) accused, without having any relationship from near or far to the latter or the plaintiff, as it became clear during the investigations that the case related to an apartment he had sold three years before the incident. , And was not limited 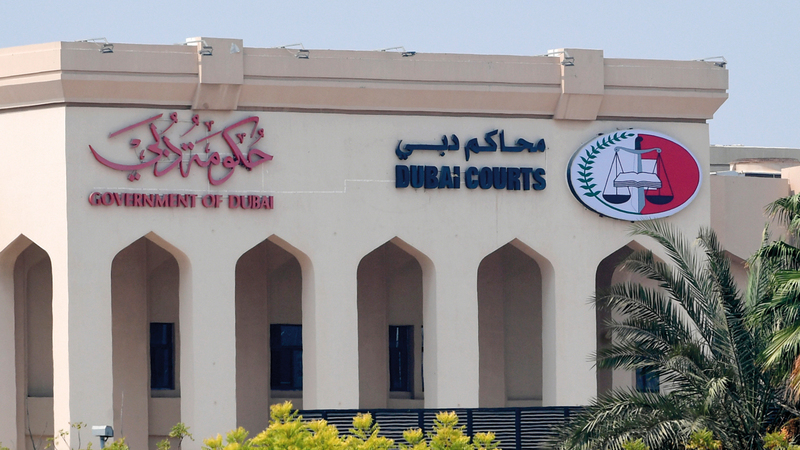 An investor is acquitted of seizing 1.5 million dirhams from someone he does not know

A European investor was surprised to be accused of a fraud crime, and his seizure of one million and 500 thousand dirhams, in participation with another (Asian) accused, without having any relationship from near or far to the latter or the plaintiff, as it became clear during the investigations that the case related to an apartment he had sold three years before the incident. And, the matter was not limited to referring him to a misdemeanor court, but a ruling was issued to convict him, but the Court of Appeal overturned the first ruling, ruled his innocence, and convicted the second (Asian) accused.

The case papers revealed that a commercial partnership binds the second accused and the plaintiff, and a dispute occurred between them that moved to the courts, so the plaintiff instituted that lawsuit and involved the European businessman who does not know the two.

In detail, the Dubai Public Prosecution referred two people to the misdemeanor court:

One of them is a European and the other is Asian, accused of seizing a check worth 1.5 million dirhams from a company owned by the plaintiff, in a fraudulent manner.

The plaintiff explained in the Public Prosecution investigations that the second Asian defendant told him that he has a friend (the first accused) who owns an apartment in the Emirates Hills area consisting of two rooms and a hall and wants to sell it and he showed him pictures of it, so he agreed to buy it and met with them in front of Abu Hail Islamic Bank in Abu Hail, and later discovered that he Fall victim to fraud and there is no apartment.

After reviewing the case by a court of first instance, it decided to imprison the defendants for six months and refer the civil case to the competent court, so the Public Prosecution appealed before the Court of Appeal, demanding an increase in the penalty, while the first accused appealed against the ruling, demanding acquittal.

For his part, the lawyer (the defense attorney of the first European accused), Muhammad Al-Reda, argued before the Court of Appeal that the reality of the case is completely different from what was mentioned, and that it is a malicious accusation, as he does not know his client, the plaintiff or the second accused who confirmed this in the investigations.

He stated in the defense memorandum that his client owned an apartment in the Dubai Marina area worth two million and 500 thousand dirhams, and he sold it through a real estate brokerage company, and it was found that the buyer paid the price of the apartment in cash to that company, but it gave his client two checks for the amount, one of which is the subject of the dispute in this case being drawn on The plaintiff’s account, in light of commercial relations between him and one of the owners of the real estate brokerage company, pointing out that his client, the “owner of the apartment,” cashed the checks normally, and after about three years he was surprised to file a lawsuit against him by a person he did not know.

He pointed to an apparent contradiction in the statements of the plaintiff who had been laxing for more than two years before considering filing the lawsuit, and he stated on one occasion that he had inspected the apartment, and again that he did not inspect it, and he stated that it consists of two rooms and a hall, while it consists of one room and a hall, and he also mentioned that he presented the check. For the accused in the bank branch in Abu Hail, while the place of issuance of the check is the bank branch in Al Mamzar.

After considering the case and the defense memorandum, the Court of Appeal ruled the innocence of the first accused, based on its merits on the absence of any fraudulent means in obtaining the check subject to the lawsuit, and the lawsuit was devoid of any conclusive evidence indicating his involvement, in addition to that the plaintiff registered the case after about three years of At the time of handing over the check, which is what the court concludes that the first accused did not commit this crime, so the judgment issued against him must be canceled by the court of first instance, while the verdict against the second accused was upheld, and the deportation penalty added to it, as he did not appear before the court.