Where are the children who leave the city without returning to their hometown but stay behind and move?

Restricted by the household registration system and scarce public education resources, some children with migrants migrate to small and medium-sized cities around their parents’ work sites to enroll in nearby schools—— Where are the children who leave the city without returning to their hometown but stay behind and move?   Reading tips   In megacities such as Beijing and Shanghai, due to the ho

Restricted by the household registration system and scarce public education resources, some children with migrants migrate to small and medium-sized cities around their parents’ work sites to enroll in nearby schools——

Where are the children who leave the city without returning to their hometown but stay behind and move?

In megacities such as Beijing and Shanghai, due to the household registration system and the scarce public education resources, some children with migrants cannot receive education in the places where they moved in. Quite a few of them leave the city instead of returning to their hometowns, and instead migrate to small and medium-sized schools around the megacities. Enroll in the nearest city.

This new form of mobility is being developed with the relatively loose settlement policies of small and medium-sized cities under the new urbanization and the rise of education industries for the children of migrant workers.

At the same time, it called for the inflow areas to improve public services for migrant children.

For Xiaoya, a 12-year-old girl who lives in Beijing, the most familiar train is K1071 to her hometown of Huaining, Anhui.

After taking a monthly vacation at the beginning of each month, she has to take this train, but the destination is not her hometown, but the place of study-Hengshui.

Although she is not accompanied by her parents, she is not lonely in the three-hour drive. There are often four to five hundred children who study in this small city.

These children who travel between Beijing and surrounding cities like migratory birds every month are called re-migrating children.

In megacities such as Beijing and Shanghai, limited by the household registration system and scarce public education resources, the children of some migrants cannot receive education in the places where they are migrating. Quite a few of them leave the city instead of returning to their hometowns and migrate to megacities. Enroll in nearby small and medium cities.

This new form of mobility reflects, to a certain extent, the increase in the economic strength and willingness of migrant workers to educate. It is being achieved with the relatively loose settlement policies of small and medium-sized cities under the new urbanization and the rise of education industries for migrant workers’ children. development of.

"Much better than letting children be left-behind children"

Hengshui is 270 kilometers away from Beijing, which is both close and far to the Xiaoya family.

"A family can be reunited for a few days a month. It is already very good. It is much better than letting the children go back to their hometowns to be left-behind children. However, the children live in boarding school at such a young age, and parents feel very distressed." Xiaoya was interviewed. From time to time, her mother showed reporters photos of Xiaoya’s life at school, “You see how great this child is, the clothes can be washed by herself, and her pigtails can be neatly combed.”

Xiaoya's parents have been selling vegetables at a farmer's market in West Fourth Ring Road in Beijing for more than ten years, and they have some savings.

Xiaoya successfully studied in a bilingual kindergarten in Beijing for three years. However, when she arrived at the elementary school, her family was in trouble. Xiaoya's parents did not have Beijing real estate, and her flexible employment status did not pay social security, and she did not have the qualifications to enter a public school. .

After repeated weighing, they decided to send their children to a private school in Hengshui. What they paid was about 20,000 yuan a year for school, and the family only had a few days a month to reunite.

In this farmer’s market, the children of five or six stall owners are studying in primary and secondary schools around Beijing.

Wang Xuejun, who is in the fruit business, is the kind of "people with vision" that Xiaoya's father admires. He bought a house in Zhuozhou before Hebei introduced a policy of restricting house purchases and settlement, and his children were able to attend public schools there; a few did not purchase real estate. The children of the family choose private schools like Xiaoya.

In recent years, Beijing, Shanghai and other megacities have implemented population reduction policies, and the number of schools for children of migrant workers has dropped sharply.

At the same time, the requirements for children without local household registration to attend public schools are becoming stricter, and many migrant children of school age are blocked from the threshold of public schools.

In addition to letting the children return to their hometowns, what other choices are there for the education of the children of the new generation of migrant workers in the context of the new urbanization?

With the improvement of the economic strength and educational willingness of migrant workers, many people made the same decision as Xiaoya's family: leave the city and not return to their hometown, and study in nearby cities where they flowed into.

Han Jialing, a chair professor at the Institute of Economics and Social Studies of Jinan University and a researcher at the Beijing Academy of Social Sciences, told reporters: "Children who relocate to other cities have the dual identities of being mobile and left-behind."

"City Education Belt" is on the rise

After all, it is a minority that can settle down in Zhuozhou and other small and medium-sized cities like Wang Xuejun. As the surrounding areas of Beijing have successively introduced policies to restrict the purchase and settlement of houses, the threshold for entering public schools in these places has been raised, giving birth to a group of privately-run schools specifically for relocated children. Boarding schools have also led to the development of the corresponding private education industry.

Recently, the reporter consulted Zhuozhou Jingya (pseudonym) school admissions as a parent. The person in charge of admissions enthusiastically introduced that the school charges 8,500 yuan for one semester. The boarding school has strict requirements for students and takes a break every two weeks.

In order to dispel the concerns of parents, the person in charge also introduced: "Students studying here, as long as they have a Zhuozhou residence permit, can directly take the high school entrance examination and the college entrance examination."

As for the future college entrance examination, as long as the child's household registration is placed on the collective household of the local police station.

Nowadays, around Beijing has formed a "circular city education belt" centered on Yanjiao, Zhuozhou, Bazhou, Langfang, and even further Hengshui.

These local private elementary and secondary schools’ enrollment guidelines basically clearly indicate “no household registration”, and some will emphasize “designed for children of migrant workers to solve school difficulties”.

Most private schools implement closed boarding management like Jingya schools. The school not only assumes the responsibility of education, but also acts as a supervisory role to a certain extent.

For example, in some schools, students will send text messages to their parents’ mobile phones as long as they go out. In the school where Xiaoya is located, the school teacher is responsible for buying round-trip tickets, and the school provides special buses for students to "return to Beijing" and "return to Hebei." "Provide transportation support.

Although there is a gap compared with Beijing schools and local public schools in terms of educational resources, faculty, and cost of schooling, it does provide backup options for children of migrants.

The possibility of new social policies should be explored

"I would rather increase investment, but also have children get better educational resources." In an interview with reporters, Xiaoya's father revealed the original intention of many migrant workers' parents who sent their children to schools in cities around Beijing.

Yang Tuan, a researcher at the Institute of Sociology of the Chinese Academy of Social Sciences, told reporters that it is precisely to see the social needs of such children who migrants do not return to their hometowns and nearby urbanization that the market has spontaneously and actively formed a supply chain that meets the needs. The supply chain is not too standardized, but a considerable part of the problem has been solved.

Yang Tuan believes that “a region can drive the region upwards with the provision of public services that integrate education, medical care, and urban-rural integration, so that the level of social development can reach a certain level. In fact, this kind of rise can also drive the economy.” Moving children again. This new mode of education has brought about the possibility of new regional development paths, and in-depth investigations should be conducted on this to explore the possibility of jointly developing new social policies with local governments.

The market-oriented education industry for the children of migrant workers has to a certain extent solved the needs for care, housing, and education brought about by the migration of children between cities, but the nearby urbanization of private education also brings considerable economic pressure to the families of migrant children .

The reporter consulted many private schools around Beijing and learned that the fees of these schools basically ranged from 8,000 yuan to 12,000 yuan.

Han Jialing believes that the provision of public education services that should be undertaken by the state with a bottom-line nature is now being purchased by individuals from the market.

"We should be vigilant about the industrialization of education. Migrant children should enjoy basic public services and should not have to bear an excessive economic burden because of their mobility."

How to solve the education problem of migrant children?

In an interview with reporters, many experts called for the inflow area to have the responsibility and responsibility for providing public services to the permanent population, expand the supply of degrees, simplify the admission procedures, and at the same time strengthen information disclosure and data sharing to more accurately improve the Public Service.

In practice, some cities have adopted the method of government purchasing services from private schools.

For example, the Shenzhen Municipal Government purchased 300,000 degrees in 2019, an increase of 90,000 degrees over the previous year.

Han Jialing believes that, although it is difficult to achieve the equalization of urban public services and the elimination of the urban-rural dual system, it is imperative.

Looking forward to the future, migrant families can enjoy urban public services on a full and equal basis where they flow in.

News/Politics 2020-12-29T22:14:22.790Z
The protection of rights related to the susceptibility of returning children's psychology career is worthy

Life/Entertain 2021-01-14T00:18:59.325Z
Many places have issued the "Non-necessary not returning home during the Spring Festival" initiative to become a conscious choice for local Chinese New Year 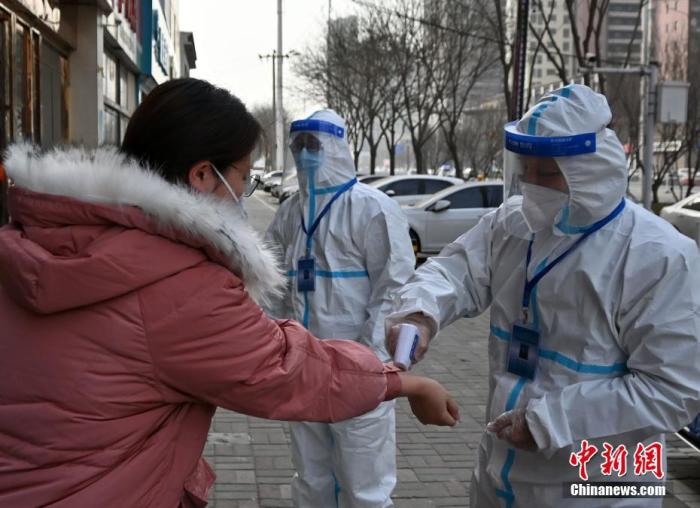 Life/Entertain 2020-08-04T10:13:58.083Z
Governor of Tochigi Prefecture Do not request self-restraint for traveling across Obon Prefecture 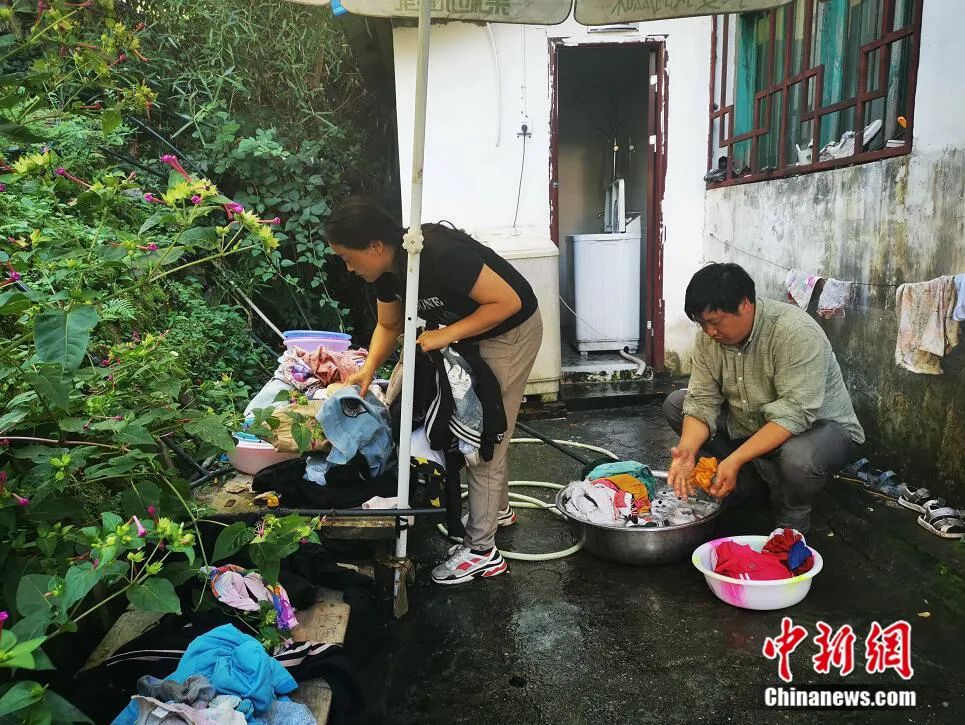 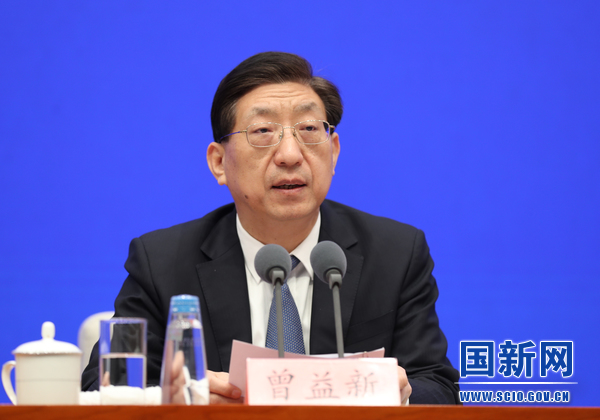 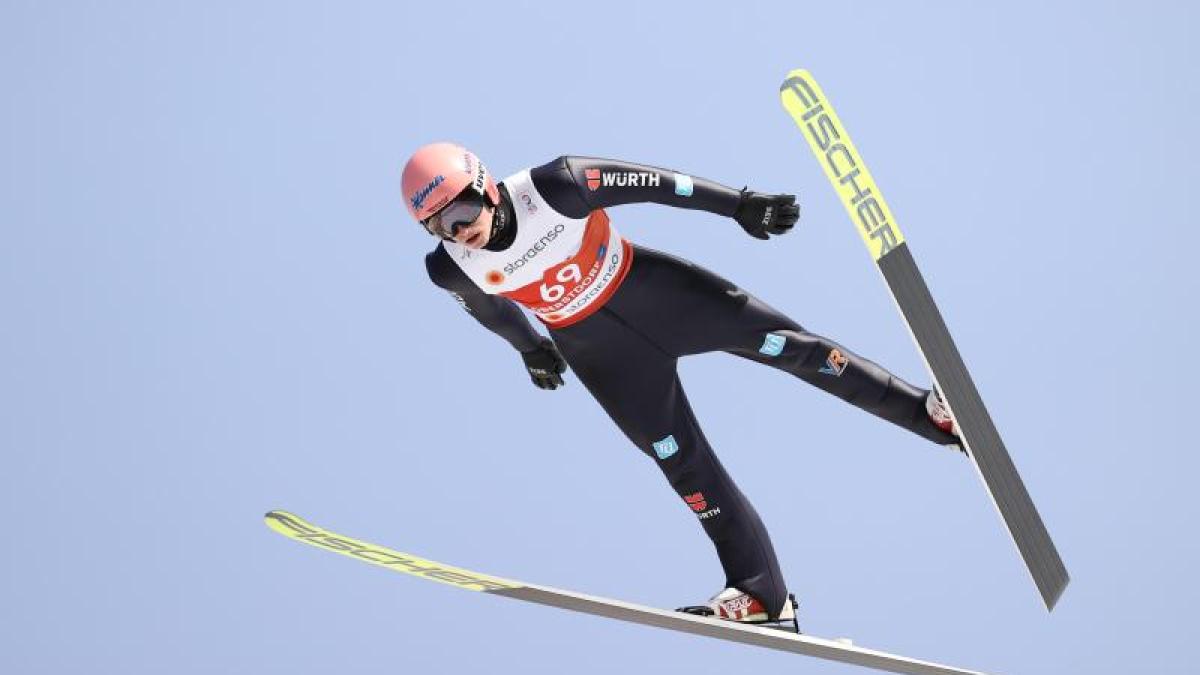 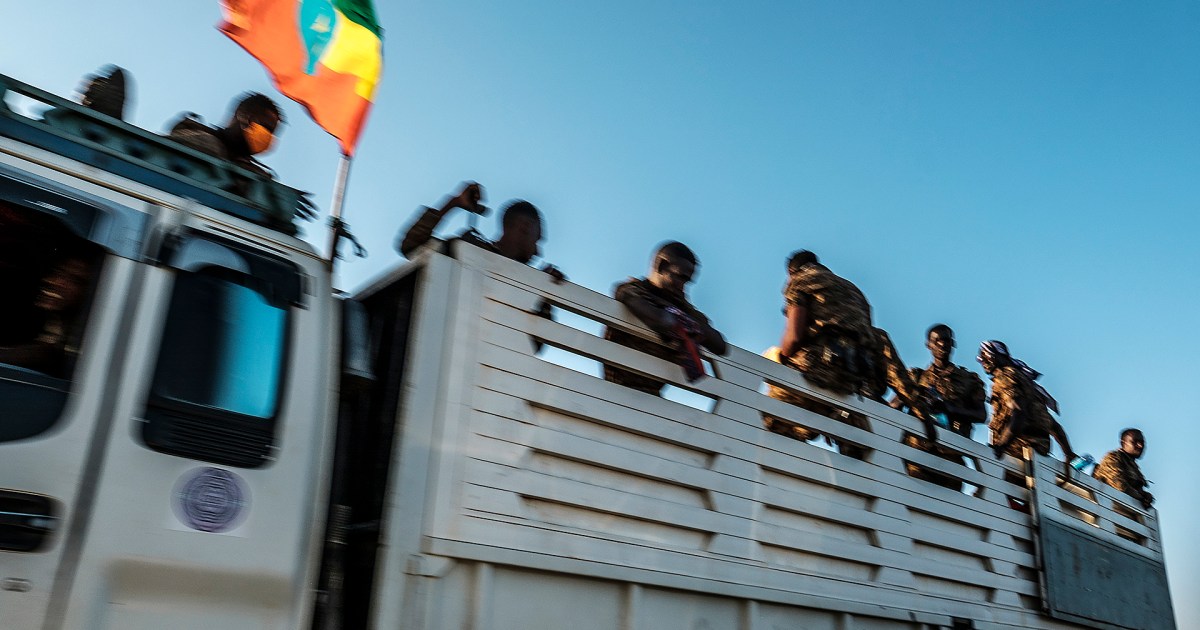 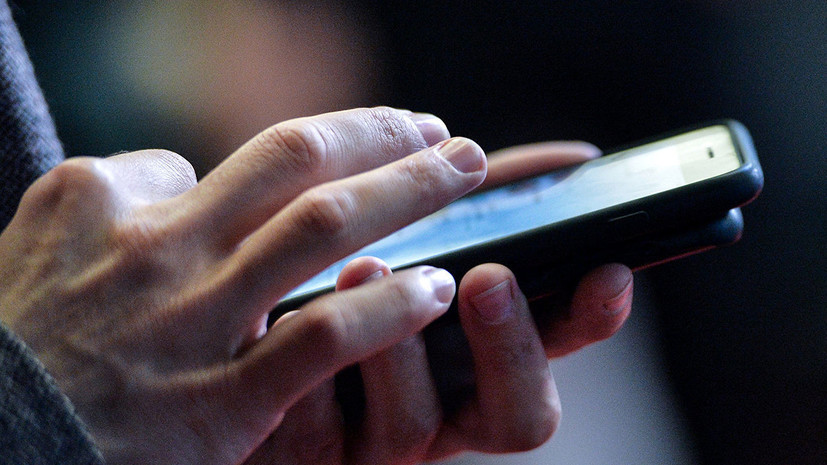 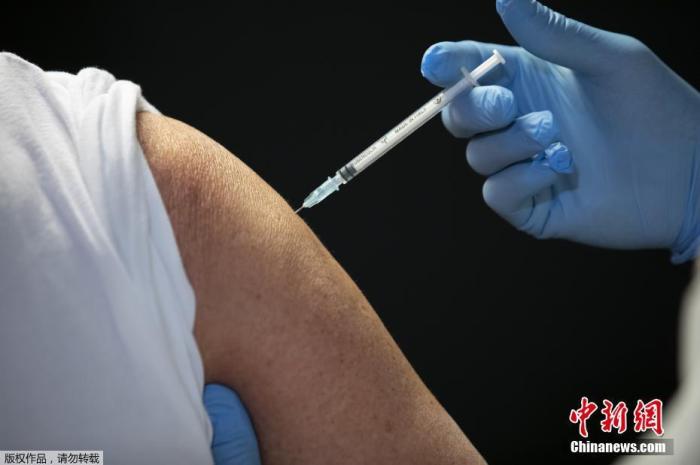 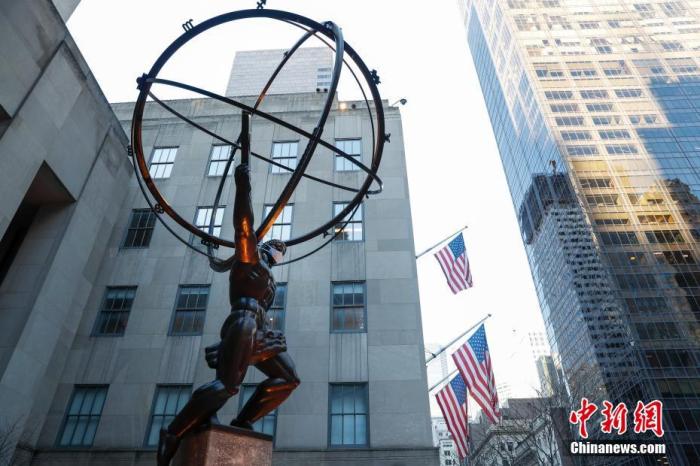