Three questions about 5G mobile phones: What will you spell in 2021? How much has the experience improved? Which type of APP broke out first?

Sino-Singapore Jingwei Client, January 7th (Chang Tao) In 2020, the Chinese mobile phone market will be surging: Huawei has been "cut off", and mobile phones are "no core available"; Honor "leaves" Huawei, and the latter "breaks arms and saves itself" ; Vivo, Xiaomi, and OPPO are "taking advantage of the vacancy" in the high-end market; the domestic mobile phone market shipments in the first 11 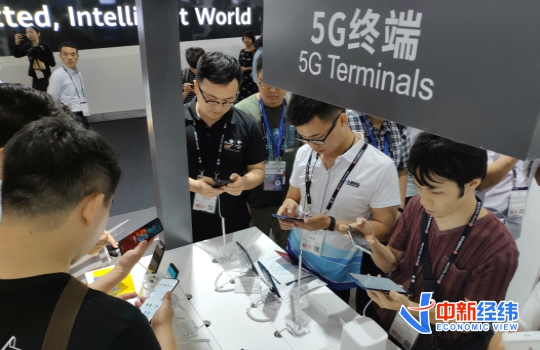 What is the focus of competition among mobile phone manufacturers in 2021?

How much improvement will the 5G experience that users complain about?

What type of 5G applications might cost you the most time?

In the last week of December 2020, vivo, OPPO, and Xiaomi showed off a wave of "high-end operations", showing the latest technological innovations.

This is vivo's first work after collaborating with Zeiss and has attracted much market attention.

Its biggest selling point is the professional image function. It is equipped with the vivo Zeiss joint imaging system, which includes a variety of optical lenses such as ultra-wide-angle lenses, professional portrait lenses, and ultra-telephoto lenses.

Prior to this, on December 17, 2020, vivo announced that it has become a global imaging strategic partner with Zeiss.

Zeiss is a world-renowned brand in the optics and optoelectronics industry. Therefore, the industry generally believes that "vivo + Zeiss" has the meaning of benchmarking "Huawei + Leica".

Xiaomi Mi 11 is the world's first Snapdragon 888 processor, equipped with WiFi6 enhanced version, 55W wired +50W wireless dual fast charge, 100 million pixel camera and other flagship configurations. Its biggest highlight is the use of Xiaomi mobile phones, which are the top ever mobile phones, and may also be mobile phones The most expensive flexible screen in the industry.

It is worth mentioning that this is also the earliest release of the Xiaomi digital flagship series.

On December 25, 2020, OPPO released its latest flagship mobile phone, Reno5 Pro+, which is equipped with the IMX766 sensor jointly developed by OPPO and Sony, as well as e-sports-grade hardware, five-dimensional super-sensing games, lightning start and other technologies.

From the perspective of pricing, the new series of three brands are aimed at the high-end market.

There are two versions of OPPO Reno5 Pro+, the starting price is also 3999 yuan.

The OPPO Reno5 Pro+ Artist Limited Edition has 12GB+256GB large memory and is priced at 4499 yuan.

There is a view that the intensive release of new phones by the first camp of mobile phone manufacturers in China means a strong rush to eat.

Because for a long time, in the high-end mobile phone market, Apple, Samsung and later Huawei have the absolute right to speak.

Sun Yanbiao further analyzed that on the one hand, Huawei is limited and its mobile phone market share is gradually released. In the high-end market, it is an opportunity for other brands.

On the other hand, the iPhone 12's return to the design of the iPhone 4 and iPhone 5 era indicates to a certain extent that iPhone innovation no longer exists.

From past experience, the new iPhone’s hot-selling period does not exceed three months, and now is the time for domestic mobile phone manufacturers to "take over".

"In the future, the initiative of 5G mobile phone innovation is in the hands of Chinese manufacturers. This is also the best time to grab the high-end market share occupied by Apple." Sun Yanbiao said.

However, in the eyes of telecommunications analyst Fu Liang, this is normal.

How much can the actual experience of 5G mobile phones improve in 2021?

In the past 2020, China's 5G mobile phone shipments and penetration rate have further increased.

However, 5G mobile phones have not yet ushered in the explosive moment.

Some users said that the actual experience of 5G mobile phones is not as good as expected.

"In terms of network speed, there is not much difference between 5G and 4G. In some scenarios, even if a 5G signal is displayed, the speed is still not fast." A 5G mobile phone user said.

In addition, at the application level, consumers have not experienced the obvious changes that 5G brings to mobile phones.

Fu Liang believes that the current 5G mobile phone performance is worthy of recognition, but there is still a mismatch between the network, the terminal and the application.

"Users can only experience the benefits of 5G in a few scenarios. Sometimes users may feel that the speed of 5G mobile phones is not so fast, which is normal. This takes time." Fu Liang said, "The changes in the user's 5G experience in 2021 may be All-round. For example, network coverage. Currently, users report that the 5G network speed is relatively fast in open areas and the indoor experience is not good. Then in 2021, large and medium-sized cities will achieve further 5G coverage indoors."

Previously, Deputy Minister of Industry and Information Technology Liu Liehong stated that China has built the world’s largest 5G network, with a total of 718,000 5G base stations built, and the joint construction and sharing of 330,000 5G base stations. In the future, it will continue to promote the innovation and development of the 5G technology industry and the development of 6G. Forward-looking and strategic layout.

In the early stage of application, it takes some time to explore which scenarios are useful for users to improve efficiency.

"However, I expect that there will be more obvious changes in each quarter of 2021. Cloud phones, VR, and cloud games will have results in the first half of 2021."

"The poor experience that many 5G users complained about in 2021 will be improved. 5G development is different from the past 3G and 4G. In the past, China imitated foreign countries to do it. Today, China is the birthplace of 5G innovative applications. Crossing the river by feeling the stones is bound to It will go through a longer gestation time." Sun Yanbiao said.

Chen Zhihong, deputy general manager of China Telecom Shanghai, mentioned in an interview with the media recently, “It will take at least three to four years before we can replace the 4G mobile phones in the hands of users with 5G. When referring to applications, Chen Zhihong said that 5G is still Without full coverage, there are currently no core applications on the To C side. The 5G response on the consumer side is only an increase in bandwidth. Some consumer-related Internet companies invest little in 5G applications, including games.

However, Sun Yanbiao is optimistic about the prospects of 5G applications.

He said that it is still foreseeable that with the increase in the number of 5G base stations in China and the investment of various technology companies, there will be 5G applications heavily used by users in the third and fourth quarters of 2021.

"5G will bring a different sensory experience. Due to higher computing speed, faster network speed, and larger storage, it is convenient to present higher-definition videos and more three-dimensional sound."

In 2021, in the face of the epidemic and changes, a new round of competition will be launched around the 5G Chinese mobile phone industry, but the ultimate product experience is always the only way to remain competitive.

Judging from the recent launches of new machines, no significant breakthroughs have been made in terms of function or design.

Fu Liang believes that from the perspective of functional design, 2021 may be "subversive" or "destructive" for smartphones.

"Before, our impression of mobile phones is that they are fully functional, good for taking pictures and playing games. In 2021, there may be "reverse operations". Mobile phones will develop in a professional direction, targeting specific usage scenarios, such as 5G live mobile phones. Fu Liang said.

Sun Yanbiao believes that in 2021, around the IoT (Internet of Things) ecological chain, the Internet of Everything will become the new focus of competition for 5G mobile phones.