In Washington, supporters of President Trump stormed the Capitol. "At this hour, our democracy is under unprecedented attack," said President-elect Biden. The Capitol is also besieged by protesters in Georgia. All current developments in the live ticker. 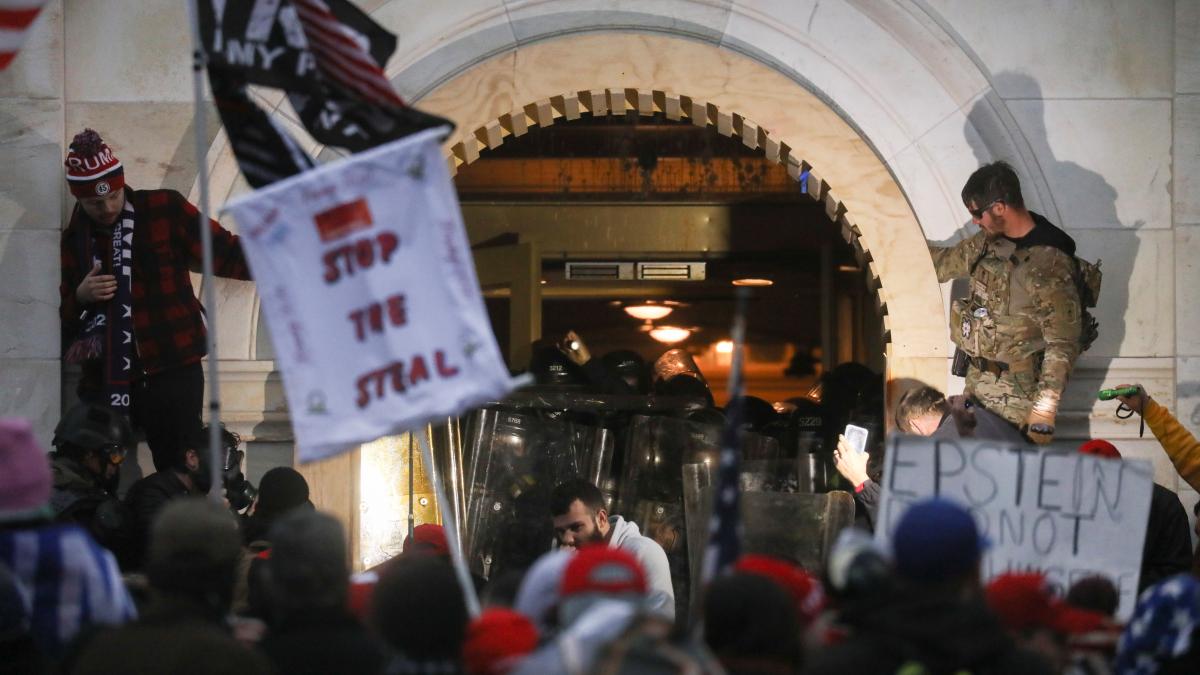 Protests by angry supporters of the elected US President Donald Trump in the capital Washington escalated on Wednesday and caused chaos and violence in the political center of the USA.

After a heated Republican speech, Trump supporters marched in front of the Capitol, the seat of the US Parliament, to protest against the certification of the presidential election results.

The two chambers of congress had to abruptly interrupt their sessions, parliament halls were cleared, and MPs were brought to safety.

A person was shot in the Capitol.

The chief of police in the US capital, Robert Contee, said it was "a civilian" and further details are not yet known.

Images from the CNN broadcaster showed how rioters smashed window panes, thus gaining access to the building and also breaking into parliamentary offices.

In another picture, a protester posed in the vacated Senate Chamber with his fist raised on the chairman's seat.

According to the White House, the National Guard should be deployed.

The Mayor of Washington, Muriel Bowser, ordered a curfew in view of the riots - from early Wednesday evening (local time) to early Thursday morning.

Future US President Joe Biden spoke of an attack on democracy.

"Storming the Capitol, smashing windows, occupying offices, occupying the United States Senate, rummaging through the desks of the House of Representatives in the Capitol, and threatening the safety of duly elected officials is not a protest," Biden said.

The House of Representatives and the Senate met in the Capitol on Wednesday noon (local time) to officially confirm the results of the US presidential election in November - and Biden's victory.

Thousands of Trump supporters flocked to the US capital to protest the certification of the election result.

Trump had lost the election by a clear margin against the democratic challenger Biden.

But he refuses to admit defeat.

Trump claims he was robbed of victory by massive fraud.

Neither he nor his lawyers provided any convincing evidence.

Dozens of lawsuits from the Trump camp have so far been thrown out of courts, including the US Supreme Court.

Riots in Washington: Trump supporters storm the Capitol - All developments in the live ticker