Within 20 years, the number of drones is expected to increase and therefore new rules will be introduced for those who fly drones from 1 January. The rules apply throughout the EU. - The development with drones is going at incredible speed and both private and commercial drones are expected to increase, says Rémi Vesvre at the Swedish Transport Agency. 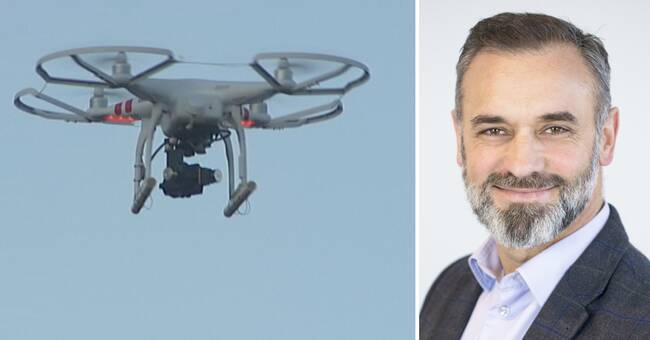 The most important news is that drone cards will be required to fly drones and that all operators must register.

- They will mix with all other traffic and therefore it should be possible to identify a drone and the operator of a drone, it will be possible with the new rules, says Rémi Vesvre, expert in drone rules at the Swedish Transport Agency.

Flying drones as a hobby

According to the latest measurements, according to the Swedish Transport Agency, there are currently about 400,000 remote pilots, of which 90 percent fly drones in their spare time as a hobby.

Exactly how many drones there are, however, can not be said as they have a varying lifespan.

- Many of them have also ended up in a drawer, says Rémi Vesvre.

"Can create order and order"

Henrik Hansson in Borlänge is a freelance photographer and one of the drone pilots in Dalarna.

- I think it is quite reasonable with these new rules, they make there some order and find out about this.

It has become a bit too much of a toy by drones, although it is a thing that actually weighs several kilos and is in the air and can make up for it both for other things in the air and on the ground if something should happen.

But he also believes that people will continue to fly drones even though they do not have a drone card.

- But to say that you are a certified drone pilot can be good advertising in my industry.