(Fighting New Coronary Pneumonia) WHO reports the mutation of the new crown virus, the global number of deaths from the new crown exceeds 1.8 million   China News Agency, Beijing, January 1st. Comprehensive news: The latest data from the World Health Organization website shows that as of 16:11 on December 31, Central European time (23:11 Beijing time), there were 81475053 confirmed cases of new c 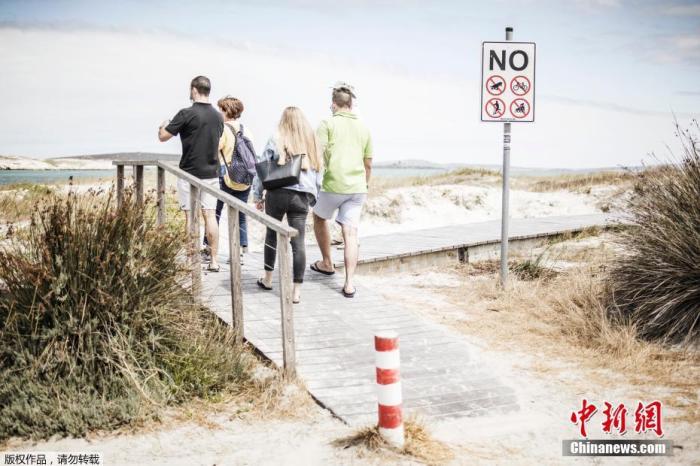 (Fighting New Coronary Pneumonia) WHO reports the mutation of the new crown virus, the global number of deaths from the new crown exceeds 1.8 million

China News Agency, Beijing, January 1st. Comprehensive news: The latest data from the World Health Organization website shows that as of 16:11 on December 31, Central European time (23:11 Beijing time), there were 81475053 confirmed cases of new coronary pneumonia worldwide. Among them, there were 17,98050 deaths.

Britain, Japan, Malaysia and other countries have newly confirmed cases in a single day on December 31, which hit a new high since the outbreak.

Facing the still raging epidemic, many countries are welcoming the new year of 2021 with stricter epidemic prevention measures.

Data map: On December 29, 2020, in Langeban, South Africa, several tourists waited in front of the beach.

WHO: Announce the main mutations of the new coronavirus

On December 31, WHO notified the main mutations of the new coronavirus since its emergence.

From the end of January to the beginning of February 2020, the D614G mutation appeared in the new coronavirus.

Studies have shown that this variant is more infectious and capable of spreading, but will not cause more serious diseases, nor will it affect the effectiveness of existing diagnosis, treatment, vaccines and public health measures.

From August to September 2020, Denmark discovered a variant of a new coronavirus related to mink, which does not appear to be widely spread.

Preliminary studies have shown that this variant has stronger transmission power, but the severity of the disease and reinfection caused by it have not changed, and most diagnostic tools are not affected.

As of December 30, this variant has been found in 31 other countries and regions.

Preliminary studies have shown that this variant is associated with a higher viral load and may increase infectivity, but there is no evidence that it can cause more serious diseases.

As of December 30, the variant has been found in 4 countries outside of South Africa.

The WHO also emphasized that although preliminary assessments show that the mutated new coronaviruses found in the United Kingdom and South Africa will not increase the severity of the disease, it will lead to higher morbidity and more hospitalizations and deaths. Therefore, stricter public Hygiene measures to control the spread of these mutant viruses.

The WHO also recommends that countries increase routine genetic sequencing of the new coronavirus to better understand the spread of the virus and monitor variants.

Data map: On December 29, 2020, people in Washington, the capital of the United States, dine in an outdoor "bubble" restaurant.

Americas: Over 19.96 million confirmed cases of new crown in the United States

According to the latest statistics from Johns Hopkins University, there are more than 19.96 million confirmed cases of new coronary pneumonia in the United States, including 345,000 deaths.

The latest forecast by the US Centers for Disease Control and Prevention shows that by January 23, the cumulative number of deaths from new crowns in the United States may reach 424,000.

In order to control the spread of the virus, Canadian Transport Minister Mark Garno announced on the same day that from January 7, 2021, all passengers over the age of 5 entering Canada must provide a negative nucleic acid test within 72 hours.

The Ministry of Health of Brazil reported on December 31 that there were 56,773 new confirmed cases of new crown in the country in the past 24 hours, with a total of more than 7.67 million confirmed cases; 1074 new deaths, this is the third consecutive day that Brazil has more than 1,000 new deaths , A total of nearly 200,000 deaths.

The picture shows that all clothing stores and beauty and cosmetics stores on the street are closed.

The number of newly diagnosed cases in a single day in the UK has remained at a high level recently, breaking through 40,000 on the 28th, and exceeding 50,000 on the 29th and 30th.

As the epidemic situation is not optimistic, the UK has recently tightened its prevention and control measures for many times. The government urged the people to stay at home as much as possible and avoid any social activities that violate the epidemic prevention regulations.

According to news from the French Ministry of Health on December 31, the country has newly confirmed 19,927 cases in the past 24 hours, with a total of more than 2.62 million confirmed cases, ranking fifth among the countries in the world.

From 8 p.m. that night to 6 a.m. on January 1, 2021, a curfew will be strictly enforced throughout the law to deal with the still severe epidemic.

With the surge in confirmed cases, the Slovak government issued new regulations for epidemic prevention, requiring ski resorts and hotels to suspend business from January 1 to 24, 2021; churches should be closed; work at home as much as possible; visits to relatives and friends are prohibited.

Japan’s Kyodo News reported on December 31 that Japan had 4,515 new confirmed cases that day, breaking the country’s highest record since the epidemic and exceeding 4,000 in a single day for the first time.

According to the report, mainly in large cities, the severity of the spread of the epidemic has become more prominent, hospital beds and medical systems may be strained, and voices for new countermeasures to contain the epidemic may rise.

This is Malaysia's 22nd consecutive day with over 1,000 new confirmed cases in a single day.

In this context, Malaysia has cancelled New Year's Eve celebrations.

The Municipal Department of New Delhi, India announced that day that it will implement a night restriction measure that night to curb the spread of the new crown virus.

The latest epidemic data released by the African Centers for Disease Control and Prevention shows that as of 5 o'clock on December 31, Eastern Africa time (10:00 Beijing time), a total of 2728602 confirmed cases in the region, including 64,790 deaths.