Swedish aid to Tanzania has long been criticized for not reaching the most vulnerable. Now Sida is investing heavily in a new type of aid, which is aimed directly at the poorest in the country; women and children. 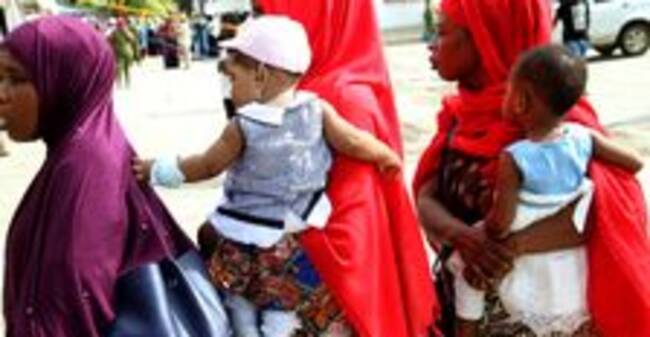 This is SEK 550 million that will give women better opportunities to support themselves and ensure that children avoid chronic malnutrition.

In the next few years, selected households throughout Tanzania will receive a cash grant that will go to school fees, food, housing and to create their own livelihood.

How large the contribution will be, between SEK 90-460 a month, depends on, among other things, whether the children go to school and how often they receive health checks.

In total, Sida hopes that 7 million people will be reached by the new initiative.

Aid for a long time, but poverty persists

Sweden has worked with aid in Tanzania since the 1960s, an aid that has been heavily criticized for periods.

As recently as four years ago, the OECD stated in a report that Swedish development assistance only to a small extent lifts the most economically vulnerable.

In the same year, Sida decided to pay subsidies directly to the poor, now phase 2 of the program is being implemented.

- Evaluations show that it works, more children go to school and more kids have received food that makes them feel better throughout life, says Ulf Källstig, head of the Africa Unit at Sida.

More money for food, but get new jobs

An evaluation of the first phase of the initiative shows that in the households concerned, 85 per cent of the subsidy was used to buy food, the rest went to clothing, transport and telephone costs, but only a small proportion was used for small businesses.

The evaluation also shows that more children aged 5-13 go to school now, but the 14-19 year olds' school attendance has not improved.

However, there has been a marked change when it comes to child labor, among households that receive benefits, it has decreased from 34 hours a week to 14 hours.

More adults have also taken out health insurance and seek care, but the support has no major impact on expectant mothers' health or diseases such as malaria or diarrhea in young children.

The benefits are greater than the disadvantages

The advantages of the support outweigh the disadvantages, says Ulf Källstig, who states that in the coming years more focus will be placed on strengthening households' ability to earn their own money.

-It will be more of stimulating micro-entrepreneurship, to be able to grow, get chickens and goats, sell milk and eggs, but also to participate in so-called public works that benefit the village, such as digging a pond for fish farming where the profits are shared, he says.