The United Kingdom permanently cuts ties with the EU on Friday, January 1 after four and a half years of a complicated saga. This epilogue opens a new chapter in the history of the country facing ... 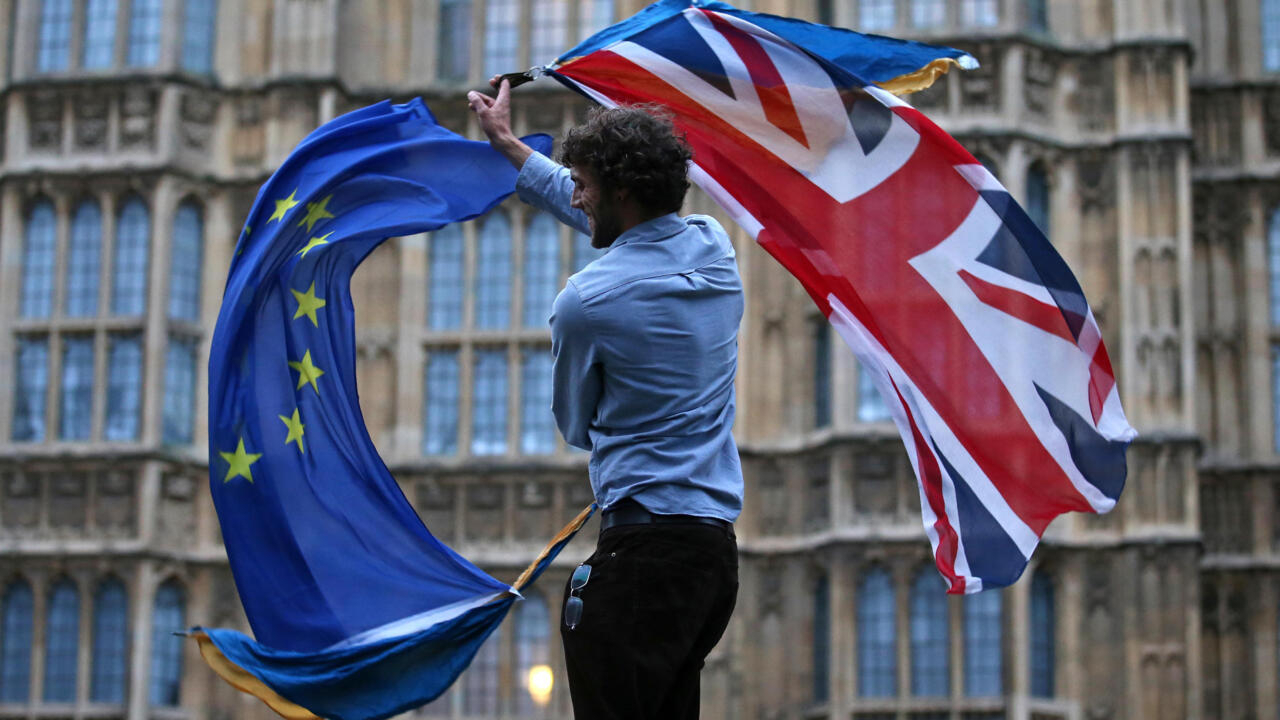 The UK has passed the Brexit hour without effusions.

The United Kingdom permanently cuts ties with the EU on Friday, January 1 after four and a half years of a complicated saga.

This epilogue opens a new chapter in the history of the country facing the Covid-19 health crisis.

If the "Brexiters" are happy to regain their sovereignty, the "Remainers", they express their sadness.

At 11 p.m. this Thursday, December 31 - midnight in Brussels - without the slightest effusion within a massively confined population, the country ceased to apply EU rules, leaving the single market and the customs union.

After 47 years of stormy European integration and after four and a half years of twists and turns following the 2016 referendum, this is the culmination of Brexit, official since January 31 but with the effects postponed by a transitional period intended to cushion the shock.

In an editorial published in the

, Prime Minister Boris Johnson, great architect of Brexit, assures that 2021 will be "

a year of change and hope

", praising the free trade agreement concluded before Christmas with Brussels.

For us, this means the end of the spiteful quarrels over Europe that have poisoned our policy for so long

For our friends, that certainly does not mean that they have lost us, let alone our appetite for their Maseratis or their Gewurtztraminer

The British are still divided.

Overall, Brexiters are happy to regain their sovereignty.

I have always thought since the 1970s

I think it was a disaster and there are a lot of other countries that think the same, so no regrets!

», Explains this London retiree met by

our correspondent in London

it's happened, it's time to move on now and we'll see what happens

Each professional sector has to face different challenges every day and must adapt to keep moving forward.

I don't know all the details of the deal, but what's done is done.

I'm sure the fishermen will complain a lot, but the fishery is such a tiny part of the economy, I don't understand why people are so agitated.

►Also read: Brexit: what changes (or not) for trade on January 1

Some Brexiters still bitterly regret their decision like this 30-something Londoner, married to a French woman and father of a binational little boy.

The man struggled to admit at the

And on his feelings at the time of the divorce with the EU?

I'm sad because we didn't need to come to this.

I think a lot of sane people realized this was a joke and we voted for something that was not well defined at the start and the result is disappointing, especially for my little boy but at least it will be easier for him because he has a double passport.

which have been an important player

The City is losing employees leaving London and I think it was an extremely confusing vote where no one really understood the stakes,

The Remainers, those who were against Brexit, are devastated.

I voted against, I hate Brexit, the majority of our trade is with the EU, it's a stupid idea to want to go back to a 1930s or 1960s UK. It's living in the past to think that we are an isolated and sovereign nation, it's just weird,

”said the Londoner, at the microphone of

Services and finance bring more to our country than any other sector: what is fishing?

I am so, absolutely, just plain disgusted with what we voted for.

I really wanted to stay in Europe, that doesn't make sense.

Scotland should take its independence

and join the EU,

He also did not hesitate to turn into irony and

But I want something more extreme: I want independence for London!

I would like to go back to an old medieval city-state, build a wall around the ring road and there, we will renegotiate with Europe!

► To read also: Brexit: the House of Commons adopts the agreement by an overwhelming majority

United Kingdom: Boris Johnson sends his wishes under the sign of Brexit