"It's comfortable here": residents of Svalbard - on celebrating the New Year during a pandemic

The Spitsbergen archipelago in the Arctic Ocean belongs to Norway, but due to the special status of the region, there are villages where Russians live and work. What professions are in demand on the islands, how to celebrate the New Year during the polar night and whether the pandemic has greatly affected the lives of the local population, residents of Barentsburg, the largest Russian-speaking settlement on Spitsbergen, told RT. 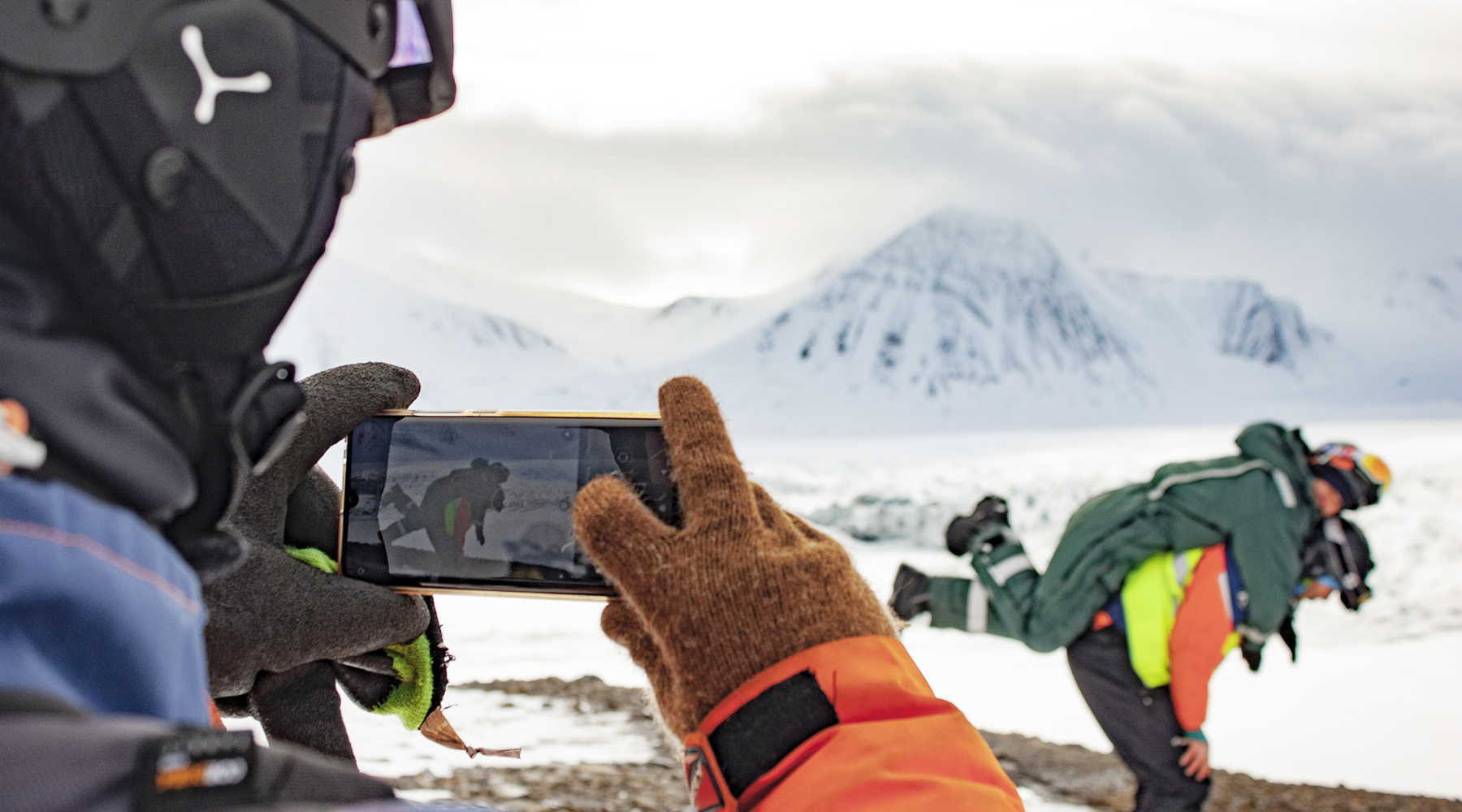 The coach of the sports complex and part-time teacher at the school Igor Shaban celebrates the third New Year in Svalbard.

“There will be a real holiday with Olivier, tangerines and champagne,” Igor said at the end of December.

- First, we all watch a concert in a local recreation center, and at home, with friends, we listen to the chimes and the president's speech.

After 1 am we will go to the central square: there is music, a Christmas tree, an ice slide and Santa Claus with the Snow Maiden. "

According to Igor, he was purposefully looking for work in the Arctic and never regretted his choice.

Coronavirus restrictions, according to his observations, have not affected either the local way of life or the labor market: as before, the local coal company needs miners and other workers, shops are still working, children go to school, and even sports competitions are held.

“It's just that here, like on the mainland, everyone keeps their distance,” adds Shaban.

"I feel comfortable here, because I am surrounded by good and kind friends."

"It's better not to meet a polar bear"

Violetta Korotkikh came to the island with her family three years ago, got a job in the only local school for Russian children as a primary school teacher.

According to her, because of the polar night and the neighborhood with polar bears, all students are taken to school and delivered to their homes by a special bus.

“For three years, I personally remember only one case when a bear entered the village,” says the teacher.

- This is immediately reported to the emergency service, and the employees drive the beast away.

It is better, of course, not to meet with them at all, so we warn all children about the danger. "

The residents of Barentsburg maintain communication with the mainland not only with the help of social networks - there is a post office in the village, from which residents still send letters and postcards, and there they also receive parcels from relatives and from online stores.

According to Violetta, with the closure of the borders, the flow of tourists decreased, the locals rarely leave, so the village in December was more busy with work and preparing for the holidays.

“The children are now rehearsing a New Year's concert for their parents, and on New Year's Eve there will be traditional festivities,” added Violetta Korotkikh.

- Everyone here is friendly, not only children, but also adults.

Fortunately, we have not yet had a single case of coronavirus infection. ”

"This is a protected area"

Valentina Komarova got a job on the island as a sled dog driver - any transport is prohibited on the archipelago, except for snowmobiles and dog sleds, helicopters fly long distances, and passenger ships sail in the summer.

The entire archipelago is Norwegian territory, so there are no borders.

According to Valentina, the largest village of Longyearbyen can be reached without problems.

“On dogs, we went on a two-sledding tour of the archipelago and covered 120 kilometers in two days.

There is very beautiful nature, especially in March - April, when the polar day and the sun is always overhead.

And in the polar night - the northern lights, low clouds and very bright stars, ”recalls Valentina.

She worked as a musher in the sled dog kennel in Barentsburg for nine months.

The main thing, according to her, is not to be afraid of frost, the speed that the team can develop, and also to be able to separate the fighting pets.

The girl found a pandemic on Svalbard when the island stopped receiving tourists in the midst of the season.

“Since March 16, the borders were closed, and there were no tourists at all until the summer.

But sanitizers and signs “Keep your distance” appeared, which was not difficult, because there are only about 500 people in the village, ”recalls Valentina.

“The first tourists appeared only in July, just then my contract expired and I had the opportunity to fly away.”

According to the girl, people on the islands take the restrictions with full responsibility, since it is easier to follow measures against the spread of infection than to pay a fine.

“If someone needs a trial, they will be tried in mainland Norway, and staying there, as well as all legal costs, will be at the expense of the offender,” Valentina explained.

"So breaking the law is extremely unprofitable here."