Corona 19 is changing a lot of things, but some have not. It is our military guarding the Korean Peninsula. Soldiers who were silently carrying out their duties sent greetings to the new year. 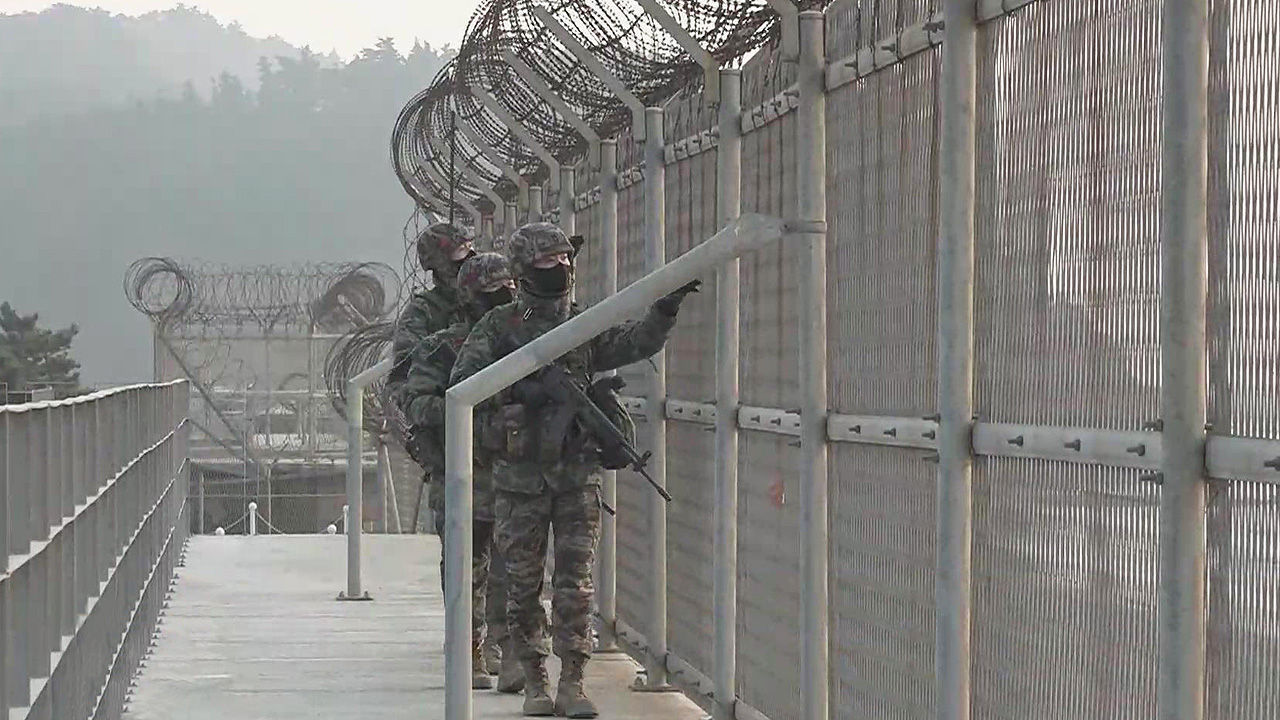 Corona 19 is changing many things, but some have not changed.

It is our military guarding the Korean Peninsula.

Soldiers who were silently carrying out their duties sent greetings to the new year.

This news is reporter Hak-Hwi Kim.

early in the morning, Yulgok Yi-ham crosses the coast of Busan.

Navy soldiers on alert, can't take their eyes off the telescope.

I will surely fulfill the mission assigned in the new year of 2021.]

There is also the air force, the highest power to protect the Republic of Korea.

The F-15K on a patrol flight over the East Sea has delivered new year's resolution.

Mobile training is in full swing at the Army's K2 tank, the leader of the battlefield, at the Pocheon Promotion Training Center in Gyeonggi-do.

northernmost part of the West Sea is guarded by a demon-catching marines.

[Corporation Min-kyu Choi/Marine Corps 6th Brigade: This year, the Marine Corps will surely fulfill its noble mission given by the state and the people.]

Following his grandfather, a Korean veteran of the Korean War, the USFK, serving in Korea, also delivered a New Year's greeting.

[Orlando Sergeant Colon/USFK: I wish all of us a new year 2021 filled with love and joy.

Even at this moment, the soldiers of the ROK Army are striving for peace in the Republic of Korea and for the safety of the people.