11 tips to get rid of the rumen

Visceral fat, or belly fat, is fat that accumulates mainly around the waist and surrounds vital organs such as the liver and pancreas, and differs from subcutaneous fat. How can you get rid of it? 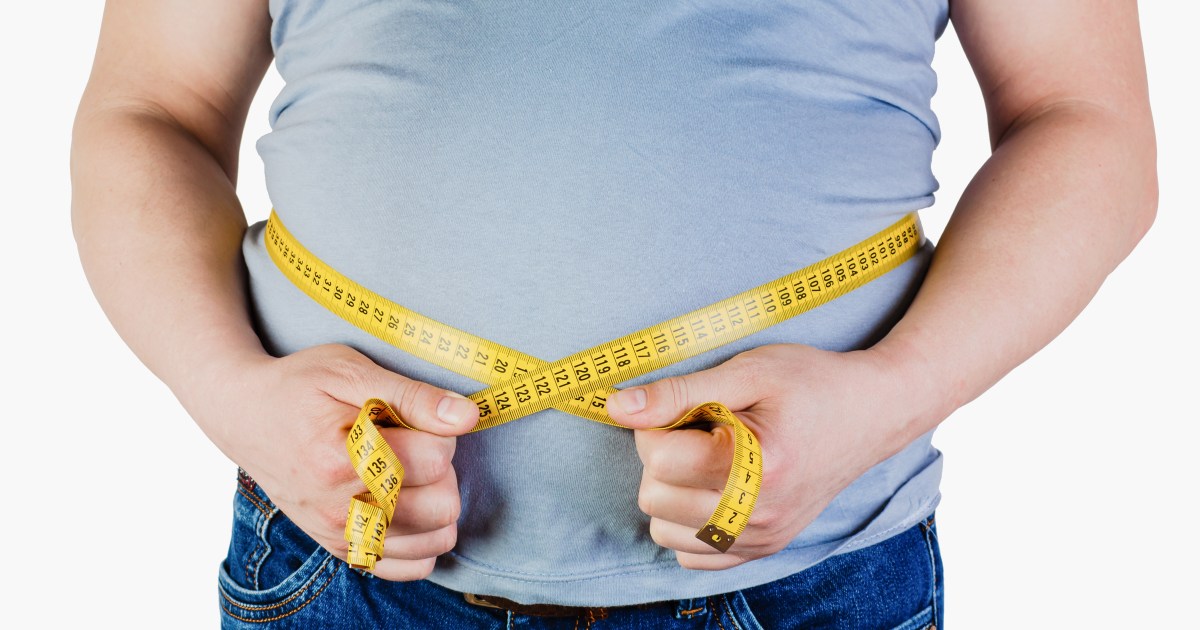 Visceral fat, or belly fat, is fat that accumulates mainly around the waist and surrounds vital organs such as the liver and pancreas, and differs from subcutaneous fat.

How can you get rid of it?

In a report published by the American netdoctor website, writer Roger Henderson quotes Dr. Samanta Wilde, a general practitioner at Bupa Medical Care Group in the United Kingdom, and Clarissa Linheer, a nutritionist at Bionic, a number of tips for getting rid of belly fat. .

According to Dr. Wild, having high levels of any type of fat in the body is harmful to health, but belly fat is the most dangerous, because it wraps around the internal organs and accumulates in a way that is not easily noticed.

"We are all at risk of visceral fat, so it is important that we control our lifestyle and take small and sustainable measures to preserve our health," said Dr. Wilde.

Here are the most important tips to get rid of these fats:

If you are not eating foods rich in lean protein, such as salmon, eggs, or lentils, now is the time.

Not only do these proteins benefit you from feeling full, but they also protect your health as you start losing weight.

Drinking half a liter of water a day before consuming the three main meals can greatly help you lose weight.

When you eat soluble fiber, a gel-like formula is formed that slows down the digestive process, promotes the feeling of satiety, reduces the number of calories absorbed by the body, and helps to eliminate belly fat.

Insoluble dietary fiber is found in oats, barley, legumes and citrus fruits. It turns into a gel that dissolves in water, and also helps avoid constipation.

Cortisol is the stress hormone produced by the adrenal glands. It affects the distribution of fats and causes them to accumulate in certain areas.

The more cortisol the body excretes, the higher the levels of visceral fat.

"Think about your lifestyle and try to reduce stress levels as much as possible. Your mental health is just as important as your physical health, so take some time to focus on your psychological balance, and make time for relaxation," says Dr. Wilde.

Soft drinks seem to be worse for belly fat than eating foods high in sugar, because the brain is less efficient in handling liquid calories.

In fact, studies have consistently shown an association between consuming sweetened beverages and increasing belly fat.

Diet drinks may be sugar-free, but diet soda drinkers may compensate for the calorie deficit by consuming more biscuits, ice cream, chocolate, french fries and pastries.

Do the exercise that suits you, and you can start with a small level and then increase it.

Consult your doctor before starting an exercise program.

Studies have shown that aerobic exercise - such as walking and jogging - greatly helps to get rid of belly fat and liver fat.

It is best to eliminate refined grains, such as those found in white bread, white rice, and pasta, and replace them with healthy, whole grains.

Snacks rich in fat and sugar increase the accumulation of belly fat.

According to a study published in the journal "Hepatology", eating high-calorie snacks, in addition to 3 main meals daily, increases the accumulation of fat around the abdomen and in the liver.

Diets can lead to boredom and loss of motivation, which increases the odds of returning to unhealthy foods over time and completely abandoning healthy eating habits, Linheer says.

11- Beware of lack of sleep

Lack of sleep at night leads to high levels of the appetite-promoting hormone ghrelin, a decrease in the hormone leptin, which reduces appetite, and makes you feel cravings for food.

Ghrelin is a fast-acting hormone that plays a role in initiating food intake, acts as an appetite stimulating signal, and it counteracts the action of the hormone leptin.

Leptin is a hormone that works to regulate the energy balance in the body, discouraging food intake, and thus stimulating weight loss.

It is now believed that some obese people may have resistance to leptin.