Washington is sticking to the ceasefire .. France sends a message to Haftar, and the Egyptians return to Tripoli

The United States affirmed its adherence to the ceasefire in Libya, stressing the need for the success of the political dialogue, and at a time when Paris urged retired Major General Haftar not to return to hostilities, Cairo officially resumed its relationship with Tripoli. 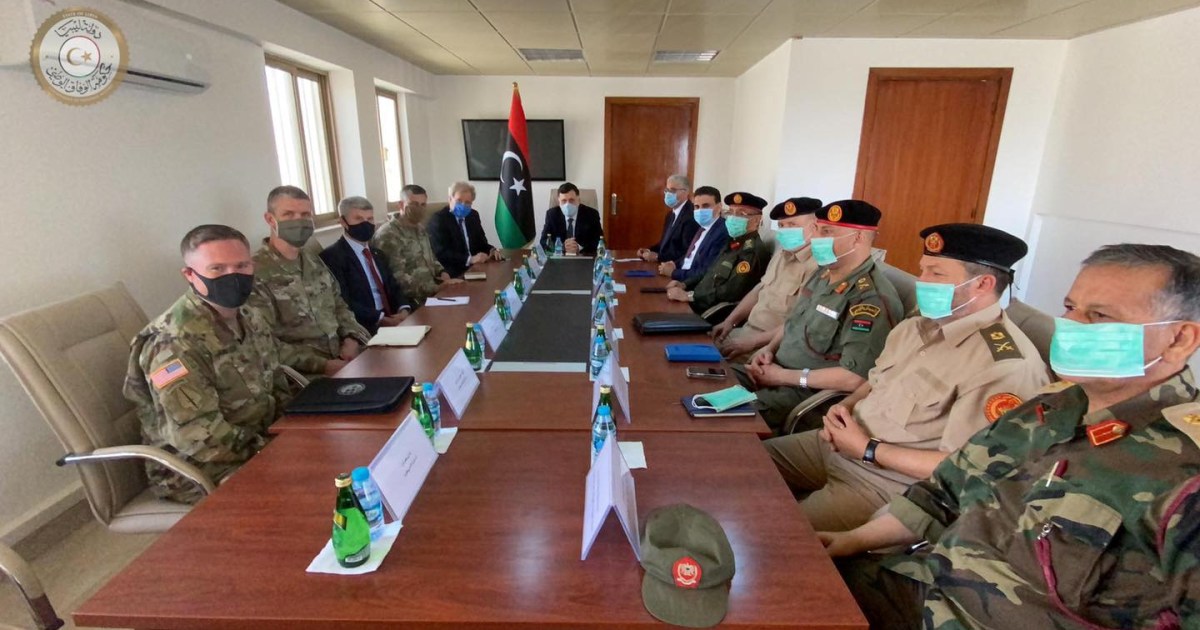 The United States announced its adherence to the ceasefire in Libya, and stressed the need for the political dialogue to succeed.

At a time when Paris urged retired Major General Khalifa Haftar not to return to hostilities, Cairo officially resumed its relationship with Tripoli.

The US ambassador to Libya, Richard Norland, made it clear that his country is keen on making the Libyan political dialogue a success, and establishing a ceasefire in that country.

Norland and Head of the Supreme Council of State in Libya Khaled Al-Mashri stressed, during a call via Zoom technology, that the views of the political dialogue and common issues between the two countries coincide.

The two sides also stressed their keenness to ensure that the dialogue process at its end leads to lasting stability in Libya, holding presidential and parliamentary elections and ending the state of division.

The French position, for

its part, Paris called on Haftar to "refrain from the resumption of hostilities" and to "focus efforts" on finding a political solution.

A Foreign Ministry spokesman said, "There is no military solution in Libya. The priority is to implement the ceasefire agreement reached on October 23, which provides for the departure of foreign forces and foreign mercenaries, and the completion of the political process under the supervision of the United Nations."

"We call on all Libyan parties to support this process, refrain from resuming hostilities, and focus efforts on forming a new government and implementing the electoral benefits expected on December 24, 2021, in accordance with the decisions of the Libyan Political Forum under the supervision of the United Nations," the French spokesman added.

It is reported that France has been accused - along with Egypt, the UAE and Saudi Arabia - of supporting Haftar in the conflict in Libya, and Paris is still insisting on his denial.

The former director of intelligence, Bernard Bajolie, told Media part about two years ago that the French goals at the time of his appointment were to fight terrorism. Therefore, "we established ties with Haftar, who was an important player, as well as with Fayez al-Sarraj."

Bajoley said at the time that he did not encourage the attack launched by Haftar on Tripoli, which ended with Turkey entering the scene of events, along with the Government of National Accord in Libya, noting that the record of France's involvement in the Libyan chaos is modest to say the least.

On Thursday, Haftar called on his forces to "expel the occupier" from Turkey.

For its part, Ankara dispatched the Defense Minister to Libya, where he inspected the Turkish forces, threatening Haftar with a harsh response if he targeted these forces.

coincided with the call by the actors to respect the ceasefire, some warmth has returned to relations between Cairo and Tripoli, as an Egyptian delegation visited Libya, a first step of its kind since 2014.

On Monday, the Libyan Foreign Ministry spokesman, Mohamed Al-Qeblawi, said that Egyptian Foreign Minister Sameh Shoukry discussed - in a phone call - with his counterpart in the Accord Government, Muhammad al-Taher Siyala, to support stability in Libya.

Al-Qeblawi added that the Egyptian minister assured his Libyan counterpart the cooperation between the two sides, and praised the reception of the Egyptian delegation in Tripoli.

The Foreign Ministry of National Accord announced that it had agreed with the Egyptian delegation to schedule bilateral meetings between experts to remove obstacles and ensure appropriate conditions for resuming flights between the two countries.

The Libyan ministry said that the Egyptian delegation promised to reopen its country's embassy and return to work from inside Tripoli as soon as possible.