Ostbeauftragter Wanderwitz: "An alarming number of East Germans pretend there is no pandemic"

The high number of infections in East Germany is also a legacy of collectivism in the GDR, says the East Commissioner of the Federal Government, Marco Wanderwitz (CDU). In the conflict between governments and corona deniers there is also "a dispute about our value system". 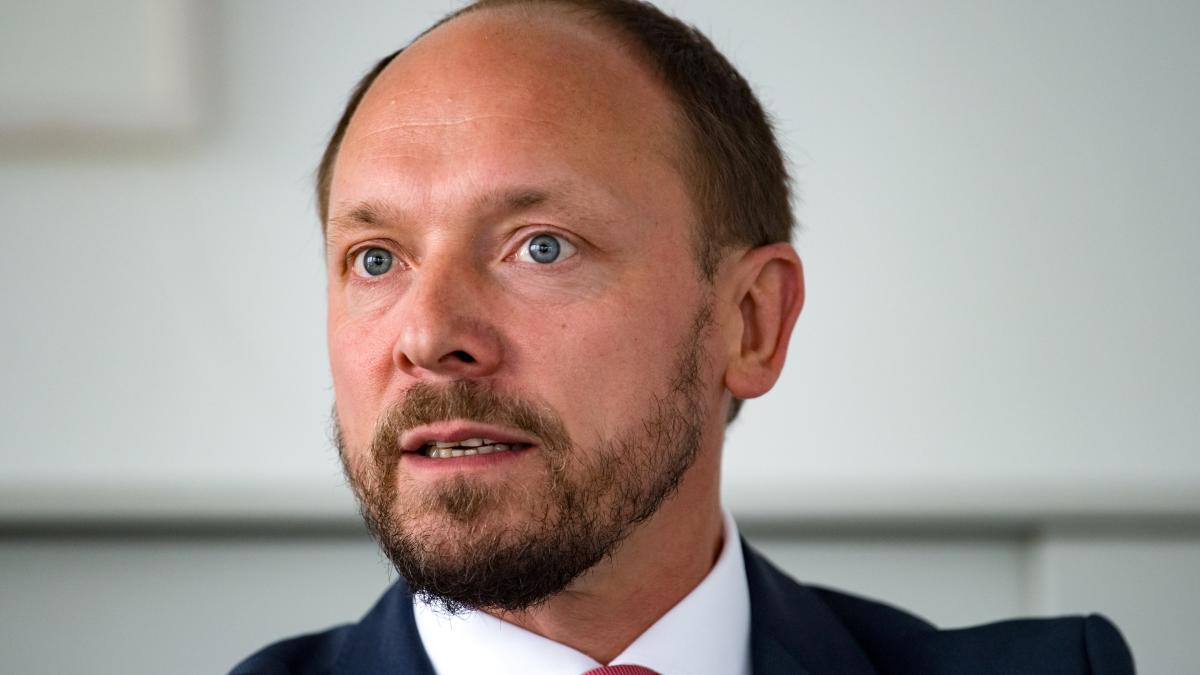 Marco Wanderwitz lives in the Saxon district town of Hohenstein-Ernstthal, west of Chemnitz.

He is connected to the interview from Karl May's birthplace via video in Berlin.

Mr. Wanderwitz, the good days of 2020 can be counted on one hand.

Which were they for you?

We got through the first Corona wave relatively well in the east.

Even in summer you could move relatively normally.

The economic development was less problematic than feared until now in the autumn.

So I can imagine worse scenarios.

But of course it was a challenging year.

Twelve months ago, the eastern German states were not in such a bad position.

Then came the pandemic.

Can you foresee the economic consequences of the lockdowns?

We have put together two huge households in the federal government to ward off a depression.

But we have consumed what we have achieved from the black zero years in one fell swoop.

This is a heavy burden for future generations and future politics.

However, the fear that the pandemic will affect the East more than the West has not come true.

The southwest is heavily dependent on exports, so the impacts were deeper.

The fragmentation of the economy in the east was evidently an advantage in this situation.

So you don't fear a second wave of de-industrialization after 1990?

No, I explicitly don't see it that way.

The number of short-time working in the east is lower than in the west.

The east has great opportunities to position itself well with future technologies.

BMW and VW produce electric cars in Leipzig and Zwickau, while new locations for battery production are being built in Erfurt, Schwarzheide and Bitterfeld.

And Tesla is building a gigafactory in Grünheide, Brandenburg.

Hydrogen, quantum technologies and artificial intelligence as well as new mobility and energy are the buzzwords.

The number of infections in Mecklenburg-Western Pomerania, Thuringia and Saxony-Anhalt have long been lower than in Bavaria or Baden-Württemberg.

That has changed dramatically in the past few weeks and months.

Especially in the southeast the numbers are going through the roof.

You have established a connection between AfD strongholds and infection events and have therefore been sharply criticized.

Several factors are responsible for the increase in infections in the east.

In autumn, especially in Saxony and East Bavaria, we had a considerable amount of shopping tourism from the Czech Republic in addition to commuters and small border traffic when they were in lockdown.

If such movements meet a population that is sometimes carefree, it has consequences.

Another part of the population was downright unruly.

When human chains and demonstrations without mask and distance are held in the AfD milieu in Saxon cities, these are superspreader events.

The AfD has called several times to disregard the hygiene rules.

And this call is heeded by a not small minority.

When I go to supermarkets, I come across a shockingly high number of people who pretend there is no pandemic.

How do you explain this ignorance?

The AfD's core clientele consists of men between the ages of 45 and 65.

In conversations, some of them say quite openly that they do not want to jeopardize their economic existence or their freedom of movement for the survival of people over 80.

They would die soon anyway, they say.

So a new variant of social Darwinism?

According to the motto: is the virus too strong, are you too weak?

Yes, you can definitely see it that way.

In our Basic Law, however, the inviolability of human dignity comes first.

In this respect, there is also a dispute about our value system in this conflict.

The situation in Saxony is dramatic.

What means should the state use to enforce the contact restrictions?

He said that in the eagerness of the moment after visiting a hospital and later corrected his choice of words.

I think it is right to crack down on violations of the hygiene rules.

There is no other way if we want to save lives.

Everyone can express what they think.

But in this situation not everyone can do what they want.

We need further measures in the hotspots.

He not only warns of a third wave, but also of the fact that many believe that the Corona measures serve to suppress people.

In Saxony-Anhalt, the Corona issue was covered for weeks by the debate about increasing the broadcast fee.

The government in Magdeburg almost collapsed.

Do you understand the negative position of your party friends there?

No, I thought this position was wrong.

In terms of representation, anchoring in the population and cost structures, the MDR is a downright exemplary broadcaster.

And from Magdeburg I cannot tell Südwestfunk what to do and what not to do.

Other parliaments are responsible for this.

Unfortunately, the governing parties in Saxony-Anhalt used a waxy formulation on the subject in their coalition agreement: “contribution stability”.

Anyone could interpret that as he wanted.

There was and is no alternative to the Kenya coalition because of the current strength of the AfD.

Clear agreements are all the more important so that such imbalances do not arise in the first place.

The undoubted Democrats have to do it.

The 2019 elections in the east produced three-party governments in Brandenburg and Saxony, and in Thuringia even an agreement between the left, the SPD, the Greens and the CDU.

2021 will be the next super election year East: Saxony-Anhalt, Thuringia, Mecklenburg-Western Pomerania.

Are you expecting further Kenya coalitions?

The undoubtedly democratic center is thinner in the east than in the west.

That is unlikely to change in the short term.

In view of the polls in Mecklenburg-Western Pomerania, however, I have the hope that there could be enough for a two-party coalition.

Thuringia is a special case.

The Left Party has collapsed across the east.

It will remain difficult for the Union.

This year the CDU, under the leadership of parliamentary group leader Mario Voigt, ensured that the country remained capable of acting.

The Union only works with the minority coalition on the budget.

The state parliament of Thuringia has just passed a record budget of twelve billion euros, with votes from the left, the SPD, the Greens and the CDU.

Is this high amount due to the pandemic?

Or the special requests of four parties who had to agree?

Most of the money to fight the pandemic and to cushion the economic consequences comes from the federal government.

Many federal states are handling new debts with caution.

We have strict rules in Saxony.

The coalition partners in Dresden all had to cut corners and say goodbye to favorite projects because otherwise the budget would have become much too big.

Of course, that's not nice if you've only ruled together for a year.

There is something to the observation that more government parties produce more funding requests.

Especially if, in traditional terms, you don't belong very closely together politically.

In January, a new CDU chairman is to be elected via a digital party conference with a subsequent postal voting process.

At the CDU regional conferences for the 2018 presidential election in Eisenach and Halle, Friedrich Merz received the greatest applause.

Would that be the better choice for the Union in the East?

In Saxony, in my opinion, Merz would have a relative majority among the CDU members.

But there is a lot going on right now.

Who do you think is best?

The question of who should become the Union’s candidate for chancellor is also important.

And then the question arises what that means for the CDU party leadership.

Since Friedrich Merz has made it clear that he wants both the chairmanship and the candidacy for chancellor, many of his supporters are puzzled.

The group of those who consider Markus Söder (CSU) to be the best candidate for chancellor has grown considerably in Saxony in recent weeks and months.

I also belong to this group.

With Markus Söder at the head of the election campaign and later in the Chancellery, I would find that extremely attractive.