Since the weekend, vaccinations against the corona virus have also been carried out in Germany. It will take a long time before large sections of the population have their turn. FDP boss Lindner has already called for a "crisis production" of the vaccine, the health minister is now reacting to it. 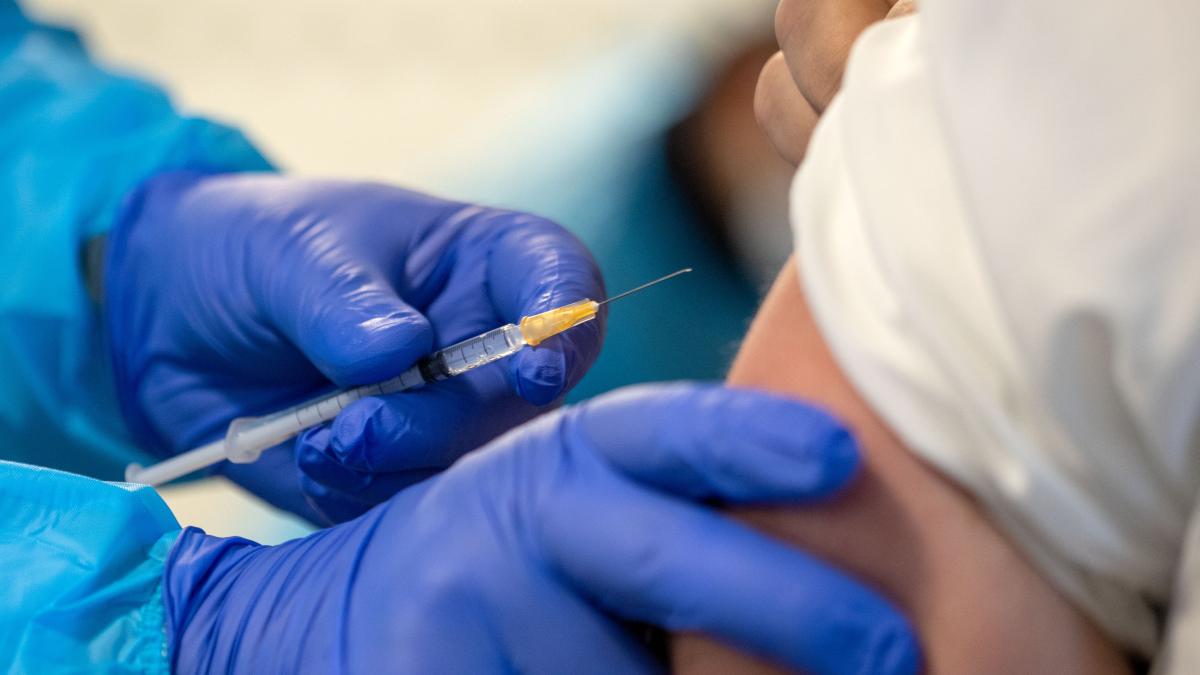 Federal Health Minister Jens Spahn (CDU) is confident that production of the corona vaccine in Germany can soon be ramped up.

"We are doing everything together with Biontech-Pfizer that there can be additional production facilities here in Germany, for example in Marburg in Hesse," said Spahn in the ZDF "Morgenmagazin".

“The aim is to make production possible there in February / March.

And that would increase the amount enormously. "

Biontech has taken over the Marburg production facility from the Swiss pharmaceutical giant Novartis.

According to the company, some changes are necessary there before production of the Covid-19 vaccine can start there too.

The manufacture of vaccines is extremely demanding, it cannot be ramped up in three or four weeks at will.

“That needs to be done in advance, and that is in preparation in Marburg,” he emphasized.

Previously, politicians from various parties had called for more speed in production.

"It is a crisis-ridden state, because we need a crisis production," said FDP boss Christian Lindner on Sunday evening in a "picture" broadcast.

Germany must do everything legally, economically, politically and technologically so that vaccinations can be carried out more quickly.

And it is also a question of survival for our economy, because it is already in the intensive care unit. "

Specifically, he suggested thinking about whether a scarce vaccine like the one from Biontech could not be produced under license by other manufacturers.

"The government should check with the pharmaceutical industry as a whole: Where are there still capacities that can be used for the production of a vaccine?"

The left wants to get the licenses

The left-wing health politician Achim Kessler told the "Spiegel": "According to the First Civil Protection Act, the Minister of Health can force companies to grant other companies a license to reproduce." The federal government must now do this quickly.

"If the federal government does not exhaust all legal possibilities, it endangers countless human lives."

Health Minister Spahn reacted to this approach with astonishment: "The production of a vaccine is extremely demanding and highly complex, you can't even do it under a license at another company," he said.

It is particularly important for trust in the vaccine that all quality requirements are met.

In general, it is simply wrong if the impression arises that all countries except Germany have enough vaccine: "It is scarce everywhere, for everyone in the world." The federal government is working to ensure that there will soon be more vaccines.

"But we do it in such a way that the quality is then also right."

"Endless waiting also reduces the willingness of the population to be vaccinated," said the CSU boss.

Unfortunately not enough vaccine is available yet.

“The vaccination is going well.

The problem, however, is that we can only vaccinate five million people with the existing vaccine by the end of March, ”he told the editorial network Germany (RND).

“But we're running out of time.

The virus has already formed mutations. "

Critics had reproached the EU and Germany for having ordered too little vaccine, which is why other countries around the world are making faster vaccinations.

Lindner said on the subject that the federal government had adjusted its order "very late" and only ordered an additional 30 million cans just before Christmas.

Others have already completed their orders.

"I am concerned that we will not always have enough vaccine in time," said the SPD politician in a "Bild" broadcast.

But they assume that the federal government will ensure that enough vaccine is available.

The pharmaceutical industry contradicted the allegation that production of the corona vaccine is starting too slowly.

"We are seeing the first corona vaccinations in Germany six days after approval, and we will have significantly more vaccinations in January because more and more of the quantities ordered by the state are being delivered," said the President of the Association of Research-Based Pharmaceutical Manufacturers (vfa), Han Steutel, the “Augsburger Allgemeine” (Monday).

He pointed out that production capacity for the corona vaccine was being ramped up everywhere in Germany.

"And every additional manufacturer that receives approval will also be quickly on the market with pre-produced batches."

In Germany, mobile teams swarmed out on Sunday to first vaccinate people over 80 in nursing and senior citizens' homes, as well as nursing staff and particularly endangered hospital staff.

By the end of the year it should be 1.3 million and by the end of March over ten million vaccine doses.

“Many are waiting in solidarity so that some can be vaccinated first.

And those who have not yet been vaccinated expect the vaccinated to show solidarity, ”said Spahn to the newspapers of the Funke media group (Monday).

"Nobody should claim special rights until everyone has had the chance to vaccinate."

This mutual respect holds the nation together.

"We are fighting the pandemic together - and we will only overcome it together." The vaccinations against the coronavirus in Germany began over the weekend.