Bangladesh is once again relocating 1,000 Rohingya exiles to the “floating island”. They are nearly a million of this Muslim minority from Burma who have fled to Bangladesh since 2016 ... 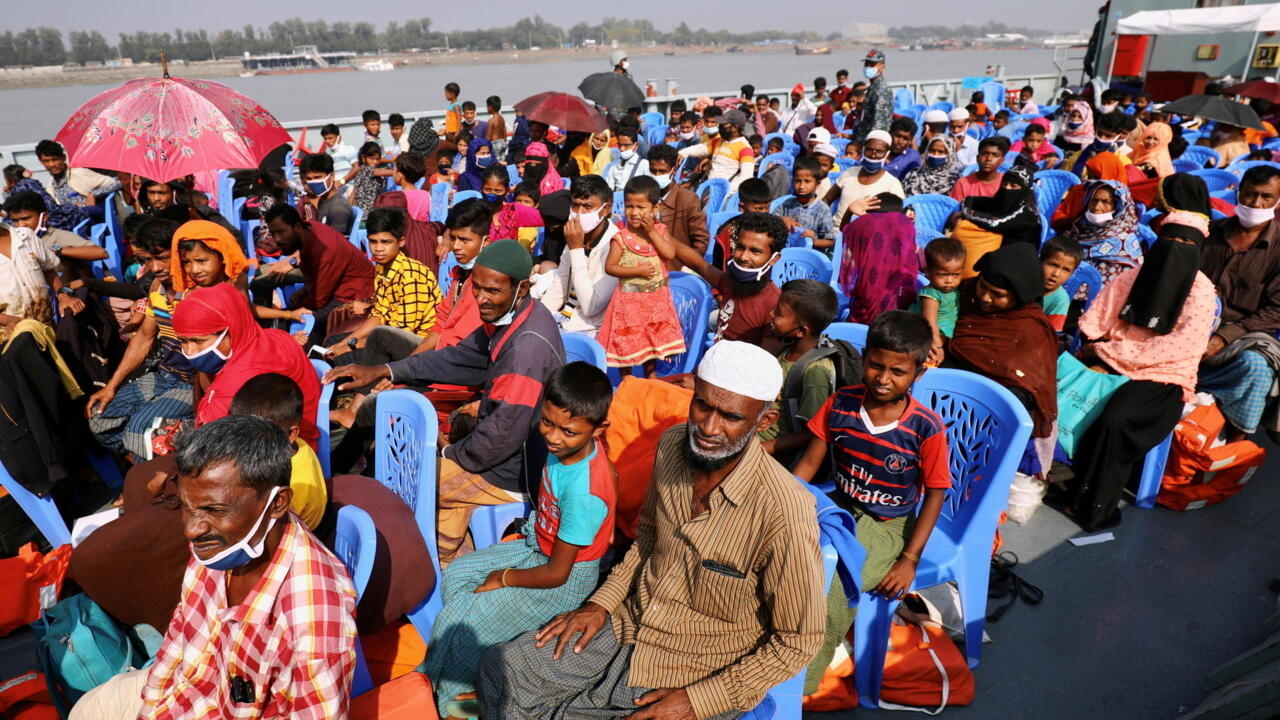 A thousand Rohingya exiles have been relocated to the island of Bhasan Char also called "the floating island".

According to the Bangladeshi authorities, this relocation would serve to relieve congestion in the refugee camps.

Here, during a first transfer of refugees to the island on December 4, 2020. REUTERS - MOHAMMAD PONIR HOSSAIN

Bangladesh is once again relocating 1,000 Rohingya exiles to the “floating island”.

They are nearly a million of this Muslim minority originally from Burma who have fled to Bangladesh since 2016, persecuted in their country.

According to the Bangladeshi authorities, this relocation would serve to relieve congestion in the refugee camps.

However, it arouses criticism from human rights organizations.

Are they being offered a safer place to live than the huge Bangladeshi camp of Cox Bazar or are they being put in prison?

The problem is that associations lack information to answer this question.

is a brand new island, it appeared barely 20 years ago and what we know is not reassuring.

It is known as the “floating island” and is known to be frequently the scene of violent cyclones and threatens to be submerged by water.

To reassure the international community, the Bangladeshi authorities claim to have built barriers to counter rising sea levels, but the United Nations has still not been authorized to go there to verify.

An island that some experts therefore consider uninhabitable, but that's not all.

According to the Bangladeshi deputy in charge of refugees, no one would be taken there against their will.

But some exiles said their loved ones had to choose between death and deportation.

If some Rohingyas want to believe in the end of an exile on this island, no observer has been able to set foot there.

To listen: Burma: the Rohingya crisis and the road to democracy