Not just Corona: the fight against racism unites the sports world

The death of African American George Floyd and similar incidents also deeply moved the sports world in 2020. Never before has there been such an outcry against racism from athletes, clubs and associations. 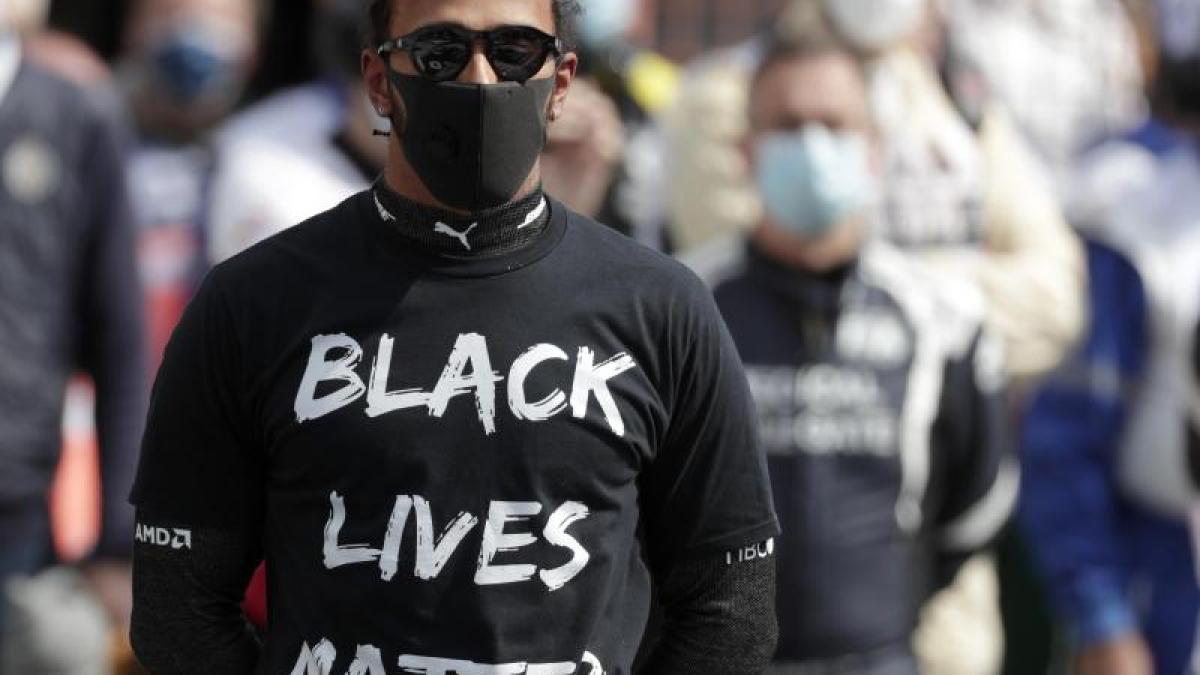 Berlin (dpa) - Not only the corona virus turned the sports world upside down in 2020.

With an unprecedented commitment against racism and other social injustices, the athletes themselves also ensured that this year will be remembered.

The death of the African American George Floyd in a brutal police operation in the USA on May 25th and similar cases sparked an unprecedented outcry and threw overboard the old rule of not mixing sport and politics.

The Black Lives Matter movement has been given a boost thanks to support from world-class athletes like NBA basketball star LeBron James, who reaches millions of people on social media.

Formula 1 world champion Lewis Hamilton and his Mercedes team had the Silver Arrows painted black to set an example against racism and discrimination.

"Together we want to build a legacy that goes beyond sport," said the Briton, who celebrated his seventh World Cup title this year.

Hamilton, the first black driver in Formula 1, took part in an anti-racism demonstration in London.

"What was going on there on the streets around the world is the most important topic for me in 2020 and for the rest of my life," said the three-time Wimbledon winner recently about the Black Lives Matter movement.

He had experienced racism with his partners and children for years, he added in the podcast “Boris Becker - The fifth sentence”.

When the 53-year-old posted a video of a rally in London in early June, numerous insults followed in comments.

Becker responded with a reference to his family.

"I'm affected because my family is affected," he repeated.

"I don't think we have the faintest idea in our white society what it means to be judged, condemned, attacked because from the outside you look white or black."

In the wake of the protests, games of the US basketball and baseball leagues NBA and MLB were postponed, tennis star Naomi Osaka threatened with a game waiver.

The pros from Paris Saint-Germain and Basaksehir Istanbul kneeled down before a Champions League match in protest against an incident of racism triggered by an assistant referee.

Political statements in sport were once forbidden and resulted in suspensions and other penalties, but now they have received support from clubs and associations.

League team from Washington said goodbye to its name "Redskins" (redskins), and the Cleveland Indians from Major League Baseball also announced that they would be shedding their racist name.

NFL boss Roger Goodell admitted it was wrong on the part of the league not to have actively supported peaceful protests against racism, such as in 2016 when Colin Kaepernick knelt during the national anthem.

The then quarterback for the San Francisco 49ers has been out of work in the NFL since 2017.

“We admit that it was wrong not to listen to NFL players earlier and encourage them to protest peacefully.

We believe that black lives matter.

Without black players there would be no National Football League, ”said Goodell.

In the Bundesliga, Premier League and other leagues, players kneeled to express their support for the protests against racism.

“I see it as a big step for the Premier League to allow something like that.

It shows that we are going in the right direction, ”said Raheem Sterling of Manchester City.

The UEFA slogan “No to Racism” was prominently featured in the match between PSG and Basaksehir after the racism incident.

When the match resumed the day after the game was abandoned in the Prinzenpark in Paris, all the players and the referee knelt down as a gesture against racism.

"A lot has been said, but the truth is there is nothing better than deeds," said PSG star striker Kylian Mbappé.

Everyone would have to take part in eliminating this.

“Football is watched by billions of people around the world.

We have to show that discrimination is wrong, ”said UEFA President Aleksander Čeferin.

The commitment of the athletes will continue in 2021.

The Olympic Games in Tokyo could prove to be a practical test - because the IOC continues to prohibit any political messages.