After ten months of tense and laborious negotiations, the European Union and the United Kingdom have finally reached an agreement on their future trade relationship. They therefore avoid in extremis a "no d ... 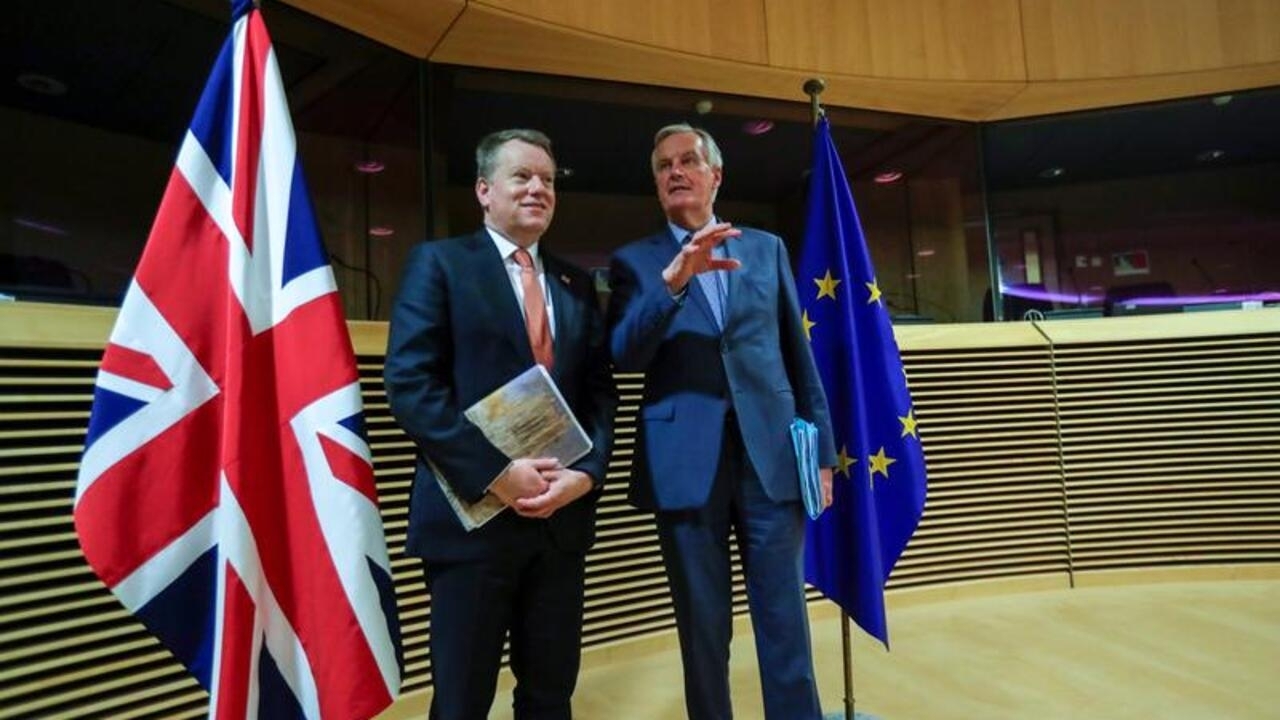 On the European side, it was the Frenchman Michel Barnier who led the negotiations for the future trade relationship with the United Kingdom, and on the British side, the chief negotiator was a loyal Boris Johnson, David Frost.

After ten months of tense and laborious negotiations, the European Union and the United Kingdom have finally reached an agreement on their future trade relationship.

They therefore avoid a "no deal" in extremis, one week before the final break.

It took four years to get there, since the referendum in which the British decided to leave the European Union.

On the European side, it was the Frenchman Michel Barnier who led the negotiations and on the British side, the chief negotiator was a loyal Boris Johnson, David Frost.

On the British side, David Frost is Boris Johnson's trusted man.

The one to whom he entrusted one of the most delicate missions of his mandate: to negotiate the agreement to leave the European Union.

Before that, David Frost had an amazing and varied journey.

Studied at Oxford where he graduated in French and European medieval history.

Then, he became economic advisor in Paris before being appointed ambassador to Denmark.

Seven years ago, he took a step back and launched into whiskey, becoming a lobbyist for the Scottish Whiskey Association.

Then he meets Boris Johnson and it's crazy love.

The man of the shadows

The negotiator is a man in the shadows who does not hesitate to let his boss take all the light.

These two have followed each other for many years.

In 2016, Boris Johnson appointed David Frost Minister of Foreign Affairs and in 2019 he was made his adviser on Europe and then his chief negotiator.

In this role, David Frost excels: polite, distant, but formidable and awkward in negotiations.

A convinced Brexiter, the 54-year-old has just completed his mission and he is delighted about it on the networks.

David Frost said he was proud to come to this agreement and to have restored the sovereignty of Great Britain.

In the summer of 2016, when he was appointed chief negotiator, Michel Barnier had just had two disappointments: this former minister, at the time European Commissioner, saw himself in Brussels at the head of the European Commission or in France. as president of his Auvergne-Rhône-Alpes region.

He will have neither.

Perhaps because as chief negotiator he will be, according to former MEP Alain Lamassoure, "

": European Commissioner for the Internal Market and Financial Services between 2010 and 2014 , he knows all these subjects well that he will negotiate during the Brexit discussions with the British whom he had already practiced well as commissioner.

His present or past collaborators speak of a man with deep European convictions, who like to play as a team, knows his files and wants to unite, which can be important when negotiating.

His transparency, his willingness to inform all countries at each stage of the negotiations were appreciated: last year the President of the European Commission,

, gave him a mandate for the second part of the Brexit negotiations.

Negotiations which have therefore just ended on an agreement which is a personal success for Michel Barnier since a hard Brexit was avoided, and it was not won.

To read: Brexit: the European Union and the United Kingdom find a "fair and balanced" agreement

EU-UK Brexit deal: look back at four years of negotiations

Brexit: what we know about the agreement between the United Kingdom and the EU