China News Service, December 24th (Reporter Zhang Ziyang) The Ministry of Public Security held a press conference on the 24th to report on the top ten typical cases of cracking down on the use of information networks to commit underworld crimes.   1. The "2.12" network "routine loan" criminal case in Lanzhou , Gansu . In March 2019, the Lanzhou Public Security Bureau of Gansu Province destroyed

China News Service, December 24th (Reporter Zhang Ziyang) The Ministry of Public Security held a press conference on the 24th to report on the top ten typical cases of cracking down on the use of information networks to commit underworld crimes.

According to investigations, since 2018, Wang Moutao and others have successively registered more than 20 shell companies, developed 24 online loan platforms such as "Tiantuwang", and used "routine loans" as a means and managed by "corporate operation" Recruiting professionals in the form of online lending business, defrauding victims to borrow money, charging super high interest rates, and maliciously raising the “debt” through multiple platforms to “borrow the new and repay the old” and “repay the loan with the loan” to defraud others of money. The collection company established an outsourcing collection relationship, using telephone insults, threats, sending PS nude photos and other "soft violence" methods to illegally collect more than 2.8 billion yuan in illegal profits, about 9.8 billion yuan of illegal debts have not been recovered, and as many as 475,000 victims The remaining people have seriously disrupted the order of the Internet and financial management, disrupted the order of economic and social life, and caused major impacts and severely harmful consequences.

On September 28, 2020, the Lanzhou Intermediate People's Court pronounced on the case in accordance with the law. Wang Moutao was sentenced to life imprisonment for the crimes of organizing, leading a triad organization, fraud, and provoking disturbances.

After investigation, the criminal gang headed by the criminal suspects Ge, Wang, and Yuan had colluded with overseas financial owners, developed dozens of "routine loan" apps, and recruited a large number of acceptors. The "Niu" platform circulates and settles funds to evade monitoring and attack by public security organs.

According to statistics, the "Fire Bull" platform has successively provided money laundering services for 29 "routine loan" apps such as "Youmi Youpin", with a capital flow of 490 million yuan and illegal profits of more than 90 million yuan.

In May 2020, the Hezhou Public Security Bureau in Guangxi destroyed the "naked chat" of Chen Mouzhong and others to blackmail criminal gangs, arrested 13 criminal suspects, and seized and frozen more than 5 million assets involved.

According to investigations, since 2019, Chen Mouzhong, Chu Mouzhang and others have been hiding in Cambodia, Myanmar and other places, using high remuneration overseas as an excuse to lure and organize a large number of Chinese citizens to smuggle out of the country, and collude with local armed underworld forces to restrict Persons leaving the country have personal freedom. They used coercion and profit to induce them to engage in illegal and criminal activities such as "naked chat" and blackmail. 92 crimes were committed and more than 700 victims were involved in 28 provinces (regions and cities) across the country.

In September 2020, the People’s Court of Pinggui District, Hezhou City issued a first-instance verdict on the case. The principal culprit, Chen Mouzhong, committed the crime of organizing, leading, and participating in a mafia organization, extortion, fraud, illegal detention, rape, and organization. He was sentenced to 25 years of imprisonment for the crime of illegally crossing the border.

In May 2020, the public security organs in Xiamen, Fujian, successfully smashed a “naked chat” blackmailing criminal group that had been entrenched in Jakarta, Indonesia for a long time, and successively arrested 62 suspects, cracked more than 900 cases, and seized more than 15 million yuan of property involved.

After investigation, Feng and others used QQ to impersonate young women and used video "naked chat" to lure the victim to download and install the Trojan App, and then steal their mobile phone address book. Later, during the "naked chat" process, they tricked the victim to reveal their private parts and record a video. Then he threatened to send a "naked chat" video to the victim's address book and friends to forcefully obtain illegal property.

The criminal gang repeatedly blackmailed and exploited the victims, especially some public officials, for various reasons until they were "squeezed dry", causing serious physical and mental harm to the victims, adversely affecting cyberspace and real society, and seriously disrupting the order of social life. .

After investigation, in December 2018, Wang Moupeng organized a studio and recruited more than ten gang members to commit malicious compensation crimes in an organized and purposeful manner.

The criminal gang specifically purchases goods promoted on the e-commerce platform using "extreme words" (such as "best", "absolute" and other words that violate the advertising law), apply for a refund before the merchant has not shipped the goods, create false transactions, and Upload the screenshots of the transaction and the promotional screenshots of "Extreme Words" to the "National 12315 Online Consumer Reporting Platform" for complaints and reports, and then threaten the merchants with the cancellation of the complaints and reports in private, taking advantage of the merchants' fear of being punished by the market supervision department to force them The merchant pays the "compensation".

According to statistics, in only 6 months, the gang has reported 63,900 complaints to the "12315 platform" and made more than 2 million yuan in illegal profits. Some businesses were even forced to close their stores due to continuous malicious claims, which seriously disrupted e-commerce. The normal business order of platform merchants.

After investigation, the criminal suspect Zhang Mouqiang developed more than 30 key members by teaching criminal methods, collective malicious claims, etc., and constantly recruited school students and social idlers to develop offline, and set up a network society "big pig group". A large number of malicious comments, bad reviews, watering, complaints to the market supervision and management departments, etc., threatened online shop merchants to demand "protection fees" and "compensation money". In the past year, more than 200 QQ groups were formed to develop malicious claims "apprentices" More than 400 people have illegally made more than 300,000 yuan in "apprenticeship fees" alone, which has a bad influence on online e-commerce platforms.

Shaanxi, talked about a criminal case of extortion from negative public opinion by Mouping

According to investigations, since 2016, a certain Equality person has used Shanxi Market Information Newspaper as a journalist and used Xi’an Focus Culture Communication Co., Ltd. as a cover to gather many people in the name of public opinion supervision to systematically abuse media supervision. Control public opinion through interviews with negative clues and paid deletion of posts, and use cyber violence as a means to threaten multiple party and government agencies, enterprises, institutions, and individuals with extortion and forced transactions. There were 72 crimes involving illegal business operations and illegal profits of more than 6 million yuan, which had a major impact on the public opinion and media circles in Yulin City and even Shaanxi Province, and severely damaged the ecological environment of local news and public opinion.

In December 2019, the Fugu County People's Court of Shaanxi Province issued a first-instance judgment. The principal criminal Tan Mouping was sentenced to 22 years in prison for the crime of organizing and leading a gangster organization.

criminal case of blackmail by negative public opinion in Shangmuzhuang

According to investigations, from April 2011 to January 2019, Shang Mouzhuang relied on the Zhejiang reporter station of China Business Times, under the guise of media supervision, and relied on traditional paper media and online platforms such as Weibo and WeChat to make up Fact information, spread online rumors, confuse netizens in cyberspace, threaten to expose negative news, extort more than 2.8 million yuan in cash from a number of companies in the name of "propaganda fees," "advertising fees," and "forum fees"; forcing exposed objects to purchase their sales The sales amount of tens of millions of dollars of products has severely disrupted the order of the market economy.

In August 2020, the People's Court of Jianggan District, Hangzhou City issued a first-instance verdict on the case. The principal culprit, Shangmou Zhuang, was convicted of extortion, provocation, and forced trading, and was sentenced to 16 years in prison.

According to investigations, since 2019, Xing Mouxin and others have registered as a cultural media company, under the cover of conducting business such as "film and television production planning" and "economic services", under the banner of "quick hand Cui Yongyuan, supervising major Internet celebrities", they gathered Liu More than 10 gang members such as Peng have committed extortion crimes against the "Internet celebrity anchors" of the Kuaishou live broadcast platform on We-media platforms such as Sina Weibo for a long time, and initiated negative "cluster hype" and "complaints and reports". He threatened to coerce several "Internet celebrity anchors" into his organization's "Anchor Union" in order to make profits for his "live streaming".

In the past year, the gang extorted several "Internet celebrity anchors" and made nearly one million yuan in illegal profits, which severely disrupted the normal order of the Internet.

According to investigations, since 2018, Wang Moqi has gathered Zhou Mouyue and others, under the cover of CICC Huisheng Assets Co., to use telephone bombing, SMS bombing, pretending to visit the door, and sending photos to threaten online loan borrowers to implement "soft violence" Collection, the number of victims exceeded 2,000.

The gang held regular meetings to analyze key collection objects, share "soft violence" collection experience, and encourage everyone to continue harassing the debtors through the phone calls and unit landlines of relatives, friends, colleagues, etc. in the address book of the debtor, creating pressure on the debtor. Forcing the debtor to pay back the money, and even harassing the administrative office, medical guidance station, and 120 center of a hospital in Taizhou through uninterrupted phone bombing for 5 consecutive days, resulting in the paralysis of the emergency center of the hospital and the inability of administrative and medical services to be carried out in an orderly manner. Extremely bad social impact.

News/Politics 2021-01-29T00:03:20.415Z
The number of minors involved in criminal underworld crimes is increasing year by year Expert: This is a warning sign

Business 2021-01-26T00:42:45.726Z
Law enforcement, justice and other departments intensify punishment, cut off cybercrime across the chain 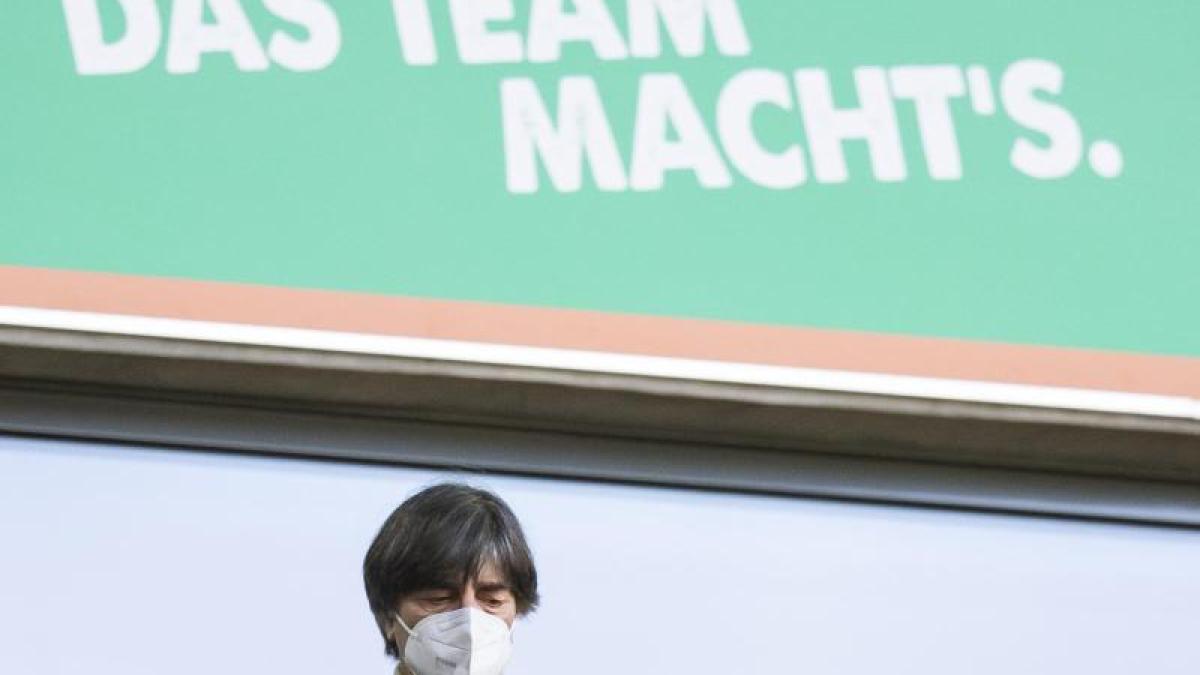 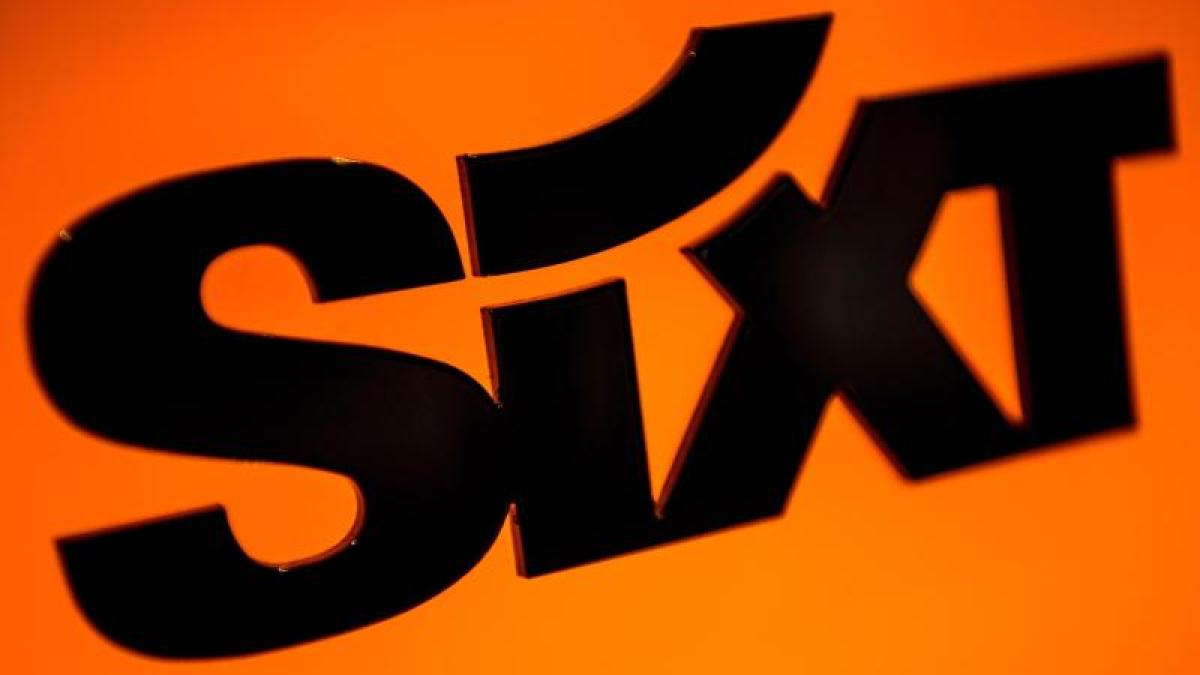 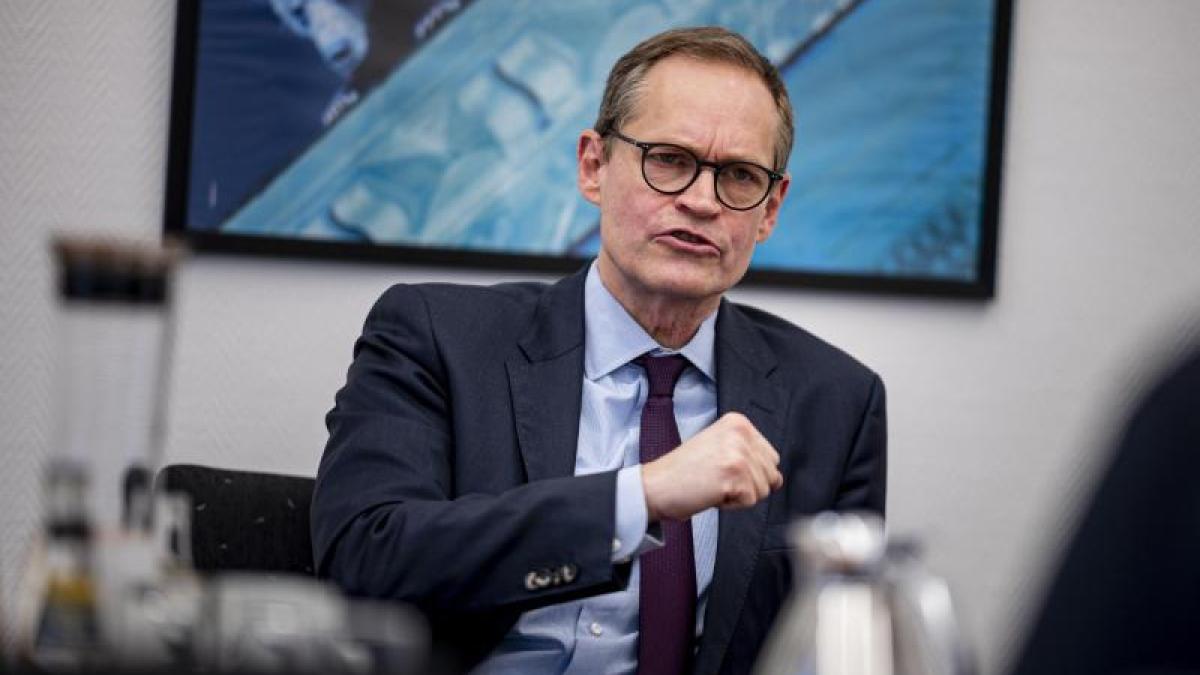 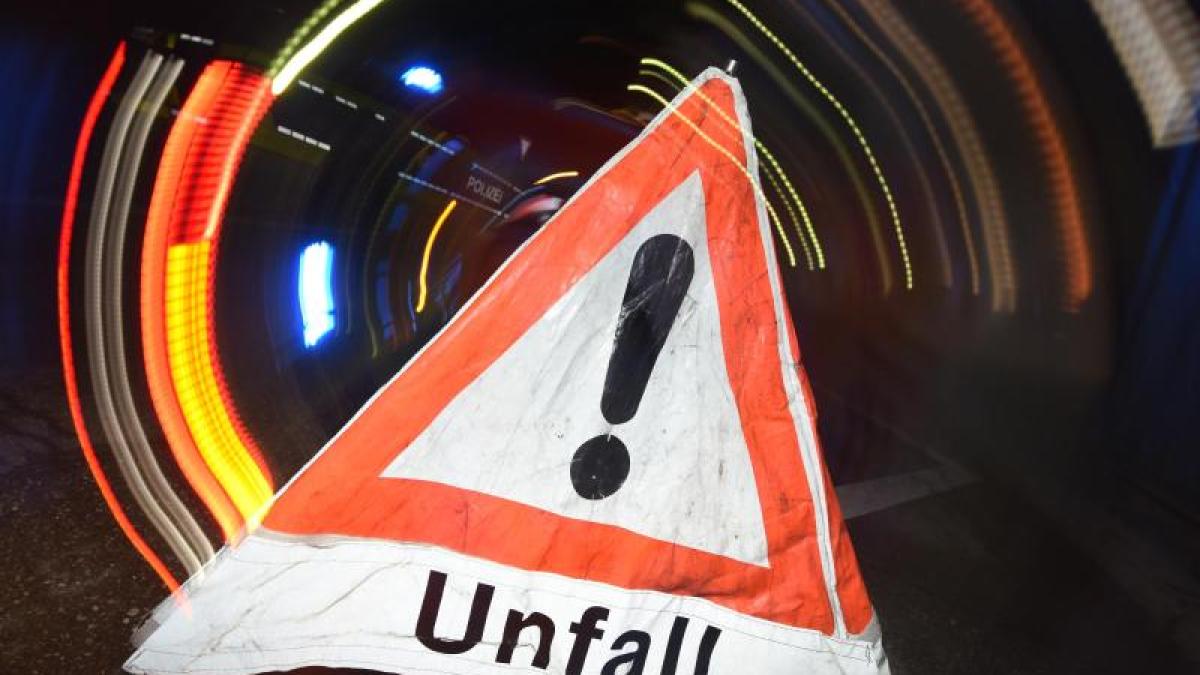 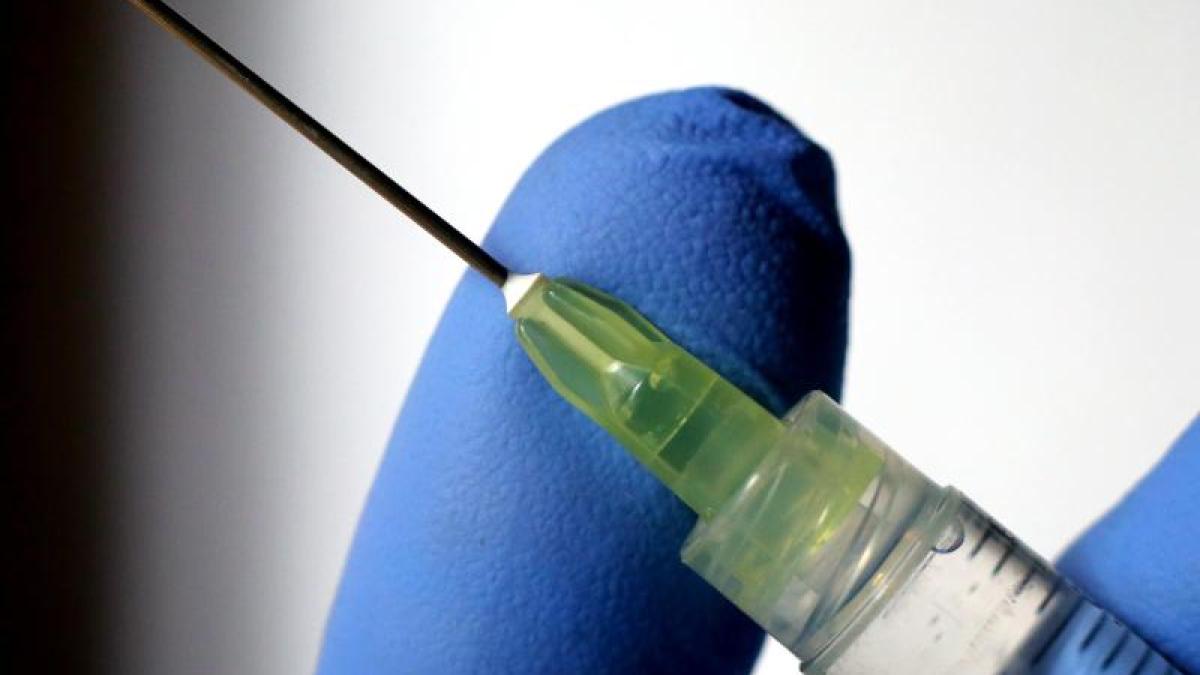