Li Keqiang presided over the meeting of the leading group for the preparation of the "Draft Outline" of the State Council's "14th Five-Year Plan " Listen to the report on the preparation of the draft outline and emphasize Persist in seeking truth from facts, taking into account the current long-term and deepening reform and opening up Compile a planning outline that can stand the test of practi 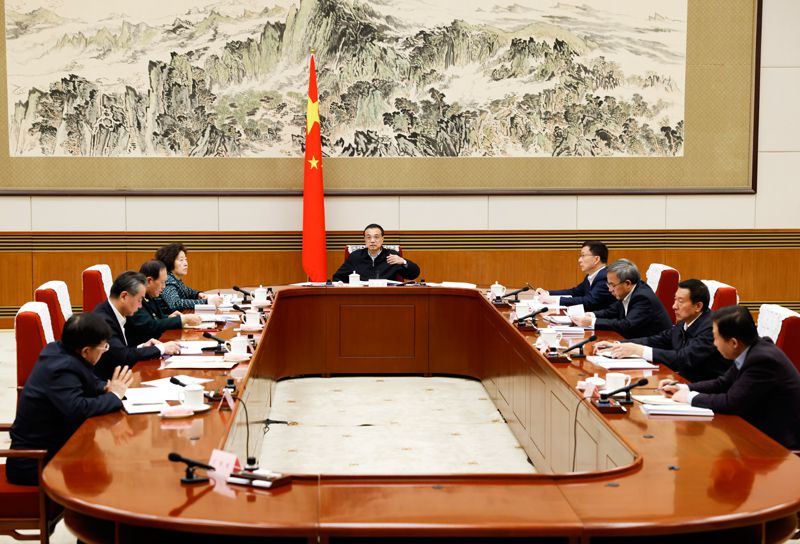 Li Keqiang presided over the meeting of the

leading group for the preparation of the "Draft Outline" of the

Persist in seeking truth from facts, taking into account the current long-term and deepening reform and

Member of the Standing Committee of the Political Bureau of the CPC Central Committee and Vice Premier of the State Council Han Zheng attended the meeting.

At the meeting, the National Development and Reform Commission prepared a report on the draft outline, and the comrades at the meeting discussed.

Li Keqiang said that through the joint efforts of all parties, important progress has been made in the preparation of the draft outline. It is necessary to continue to brainstorm, in-depth research and demonstration, and strive for excellence.

We must adhere to the guidance of Xi Jinping Thought on Socialism with Chinese Characteristics for a New Era, implement the spirit of the Fifth Plenary Session of the Nineteenth Central Committee of the Communist Party of China, and carefully compile a draft outline in accordance with the "Recommendations" of the plenary meeting, throughout the new development stage, implement new development concepts, and build new development The structure, the requirements for promoting high-quality development, and the people-centered development thinking are adhered to, so that the planning outline can effectively play a forward-looking guiding role in actual work and stand the test of practice and history.

Li Keqiang pointed out that the preparation of the draft outline must take the current and long-term into consideration.

The "Proposals" of the Fifth Plenary Session focused on the deployment of the "14th Five-Year Plan" and also put forward a long-term goal for 2035.

This year's Central Economic Work Conference will make overall plans for the next year and the entire "14th Five-Year Plan" period, focusing on planning for next year's economic work.

The draft outline must not only consider the development of the next five years in a comprehensive manner and link up with the long-term goals for 2035, but also plan and make overall plans and arrangements for the special circumstances of promoting economic recovery to normal growth and laying a solid foundation for development in the next two years.

Li Keqiang said that the drafting of the outline must adhere to seeking truth from facts and following the law.

It is necessary to scientifically determine the development goals of the "14th Five-Year Plan", which is inspiring and leaves room for a consensus of the whole society.

The economic base of our country is already quite large, and it will grow steadily at a reasonable rate in the next five years. The accumulation is a remarkable achievement.

Proposing tasks and measures such as promoting industrial development, strengthening infrastructure, and implementing people’s livelihood projects, we must highlight the key points, do our best, and do our best, do not blindly spread the pavement, and ensure that everything proposed can be achieved.

It is necessary to strengthen the connection between the draft outline and various special plans and local plans. All relevant departments must take into account the actual situation in the field, not only according to needs, but also consider the possibility, grasp the goals and tasks; at the same time guide all regions to scientifically prepare local plans to promote coordinated regional development .

It is necessary to give full play to the decisive role of the market in the allocation of resources, and to better play the role of the government.

The draft outline should highlight the use of reform ideas and methods.

To increase employment, promote innovation, create wealth, and promote sustainable development, we must deepen reforms to further stimulate the vitality of market players and social creativity.

To implement key livelihood projects and expand effective investment, it is necessary to innovate systems and mechanisms to give full play to the leveraging role of government funds and guide social capital to participate.

Li Keqiang said that the development achievements of the more than 40 years of reform and opening up are the result of all the people. Under the strong leadership of the Party Central Committee with Comrade Xi Jinping at the core, we must continue to work hard and unremittingly.