The Israeli ambassador in Berlin confirmed that Israel is open to the idea presented by Germany regarding a broader Iranian agreement, including especially the Iranian ballistic programs, after the US President-elect, Joe Biden, assumed his duties next month. 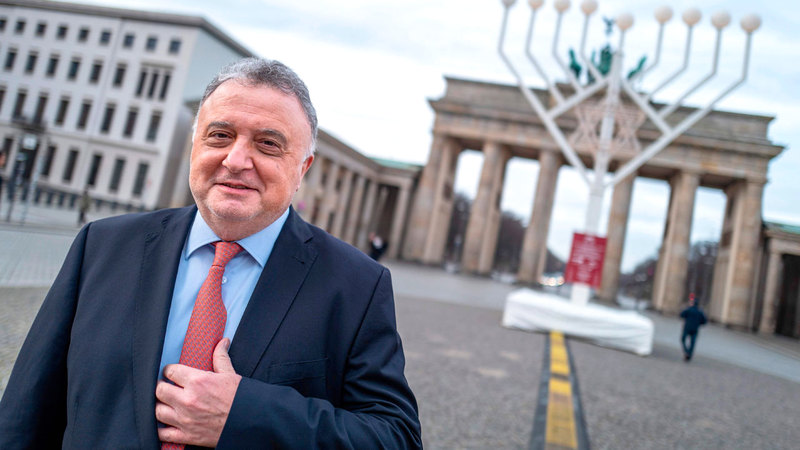 The Israeli ambassador in Berlin stressed that Israel is open to the idea presented by Germany regarding a broader Iranian agreement, including especially the Iranian ballistic programs, after the US President-elect, Joe Biden, assumed his duties next month.

The Israeli ambassador to Germany, Jeremy Issacharoff, told «AFP» that the recent call by the German Foreign Minister, Heiko Maas, to expand the Iranian nuclear agreement concluded in 2015 is a "step in the right direction."

Issacharov made clear that the signatories of the agreement should take into account "Iran's destabilizing involvement" in countries such as Syria, Lebanon, Yemen and Iraq, before any new negotiations with Tehran.

He added, "I think that people should realize that we cannot simply go back to 2015," noting that "there was production of missiles and missile tests, and these issues need to be addressed, in addition to the widespread violations committed by Iran to the overall JCPOA agreement." .

Issacharov welcomed Germany's active commitment in the Middle East, and the "strategic partnership" developed with Israel, 75 years after the Holocaust in World War II.

He expects that the "tone" of relations between Berlin and Washington will improve with Biden's ascension to power, and Issacharov hopes to establish a "tripartite strategic partnership" relationship between the three countries on security issues in the Middle East, considering that "it will be very good for all parties."

The Israeli ambassador said Germany's efforts to atone for Nazi atrocities had allowed relations with Israel to flourish since diplomatic relations began in 1965.

"From defense issues to culture, from commitments between peoples to the economy, and from automatic control to intelligence, I can only see a partnership developing and becoming one of the most important partnerships for Israel in Europe and even in the world," the diplomat said.

Issacharoff praised German Chancellor Angela Merkel, who will leave power in 2021 after 16 years of rule, and said: “It is important to recognize her amazing contribution to the strength of the German-Israeli relationship,” and expressed his hope that “this commitment will continue in German foreign policy.”

"I am very excited about the path that the two countries can take, after a very difficult period, to become very close," he concluded.

The US President, Donald Trump, who will leave the White House in January, withdrew in 2018 from the agreement that the United States, China, Russia, Germany, France and Britain concluded with Iran, to prevent it from acquiring nuclear weapons.

Trump believed that the agreement is not sufficient to limit Iran's moves, which lead to "destabilization."

For his part, the Democratic President-elect, Joe Biden, confirmed his plan to return to this agreement.