Christmas without Christmas mass? Churches in a bind

The closer the date gets, the more Christmas services are canceled. Individual politicians are calling for a general rejection. But the churches reject this - also as a lesson from the lockdown in spring. 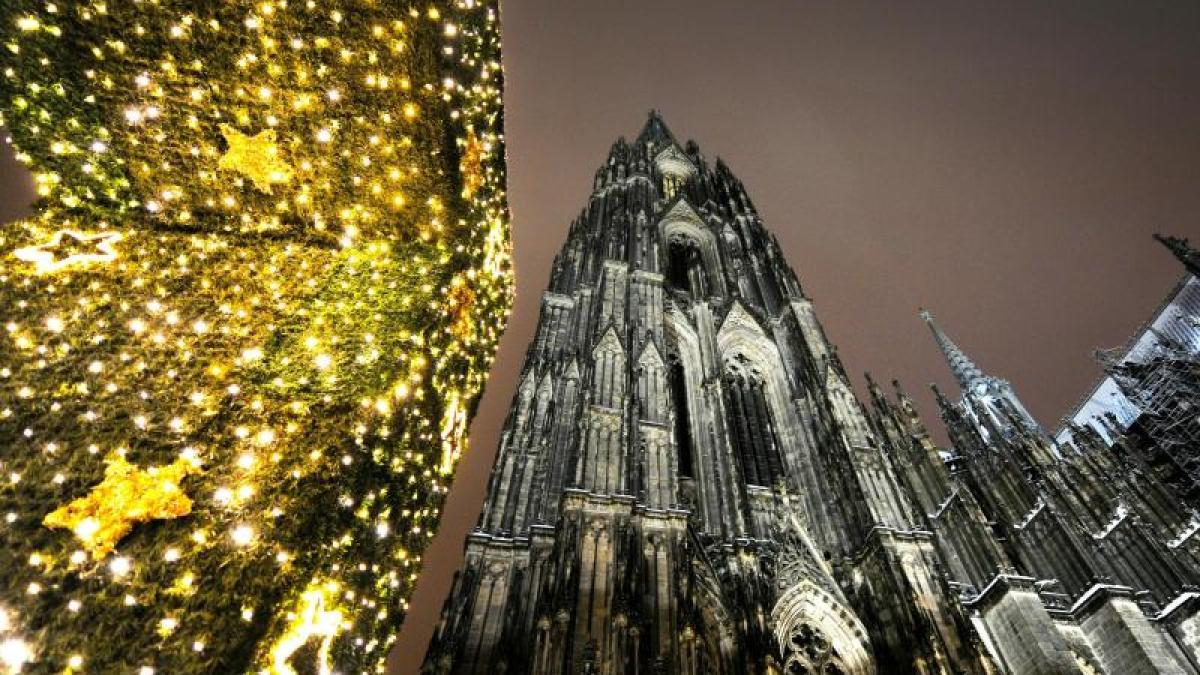 Berlin (dpa) - The Ruhr area is not exactly known as a stronghold of the Catholic Church.

But recently a long queue formed in front of the monastery church in Oberhausen: parishioners stood in line to get tickets for the Christmas Eve masses.

Especially in the Corona period, many apparently feel the desire to hear the well-known words on December 24th: "But it happened at that time ..." But now all attendance services in the parish have been canceled, because Oberhausen has the most new infections throughout North Rhine-Westphalia.

Like the monastery church, many congregations across Germany are currently doing, regardless of whether they are Protestant or Catholic.

You have spent weeks preparing to hold the Christmas services in compliance with all hygiene rules, and now it is in vain.

For example, practically no Protestant church services will take place in the whole of North Rhine-Westphalia.

Too dangerous, says the church leadership.

Bavaria, which is particularly Christian, has to forego late-evening Christmas masses or midnight masses: From 9 p.m. there is a corona-related curfew in the Free State.

Only those who have a really valid reason such as a medical emergency are allowed out.

The churches find themselves in a quandary over the question of presence services.

Because after the first Corona lockdown in the spring, they were accused of having stopped their service much too willingly.

This would have let the believers down in a time of crisis, of all places.

The Church was not there when many needed it.

This accusation has hit many committed Christians hard.

This is another reason why the churches are determined to do better this time.

But now they are confronted, conversely, with the accusation that their activities endanger the health of the population.

A survey by the opinion research institute YouGov on behalf of the German Press Agency showed that every second German citizen is in favor of a ban on Christmas services in view of the high number of infections.

Whether you are a believer yourself or not, hardly matters.

According to the survey, the willingness to attend Christmas services is very low: no more than six percent want to go there.

The "completely unforeseeable development of the pandemic and the needs in the intensive care units in many parts of Germany" made this inevitable.

The head of the association for doctors in the public health service, Ute Teichert, even demands a ban on face-to-face church services at Christmas: "Because we know how easily the virus can be transmitted, especially at church services, we mustn't take any additional risk at Christmas given the high number of infections", she said to the Spark newspapers.

While the National Academy of Sciences Leopoldina sees no need for further restrictions on Christmas services, Stamp fears hugs in front of the church.

After all, it's Christmas and it's easy to get a little emotional.

And there is another argument: Especially among the elderly and therefore most vulnerable, there should still be believers who have a guilty conscience if they do not go to church at Christmas.

A cancellation could ease your conscience.

The Catholic Church, however, holds that the so-called Sunday obligation to attend mass was suspended at the beginning of the Corona crisis.

Church historian, bestselling author and Leibniz Prize winner Hubert Wolf raises the question of whether the focus on church services is really still up to date - especially in view of the radical changes that Corona has brought about.

“With some notable exceptions, there is no sign of real creativity in actually celebrating“ Silent Night ”,” the Münster professor criticized the Catholic Church in the “Kölner Stadt-Anzeiger”.

Despite all the deletions, there are still some alternative offers.

The evangelical pastor Ulf Werner from Hamburg wants to swing his gown on his cargo bike on Christmas Eve and bring Christmas to the people.

He is accompanied by members of the community choir, disguised as reindeer.

"For example, I will hold six short devotions in the various inner courtyards of a large senior citizens' residence. The residents can take part from the balcony, so the greater distances ensure even more security," he explains.

In gloomy times, he wanted to "spread some light of hope".

The name of the campaign: "Bell Bells".