Hand: after money at the Euro, the French as gold diggers in Tokyo - France 24

Hand: after the money at the Euro, the French women as gold diggers in Tokyo Herning (Denmark) (AFP) For the French handball players, the disappointment of the final lost Sunday against Norway (22-20) at Euro-2020 lasted only a very short moment to give way to the desire to seek gold for the Tokyo Olympics in seven months. "After the match, we were super disappointed. But five minutes later, we had this image of the Olympic Games," said goalkeeper Cléopâtre Darleux at a 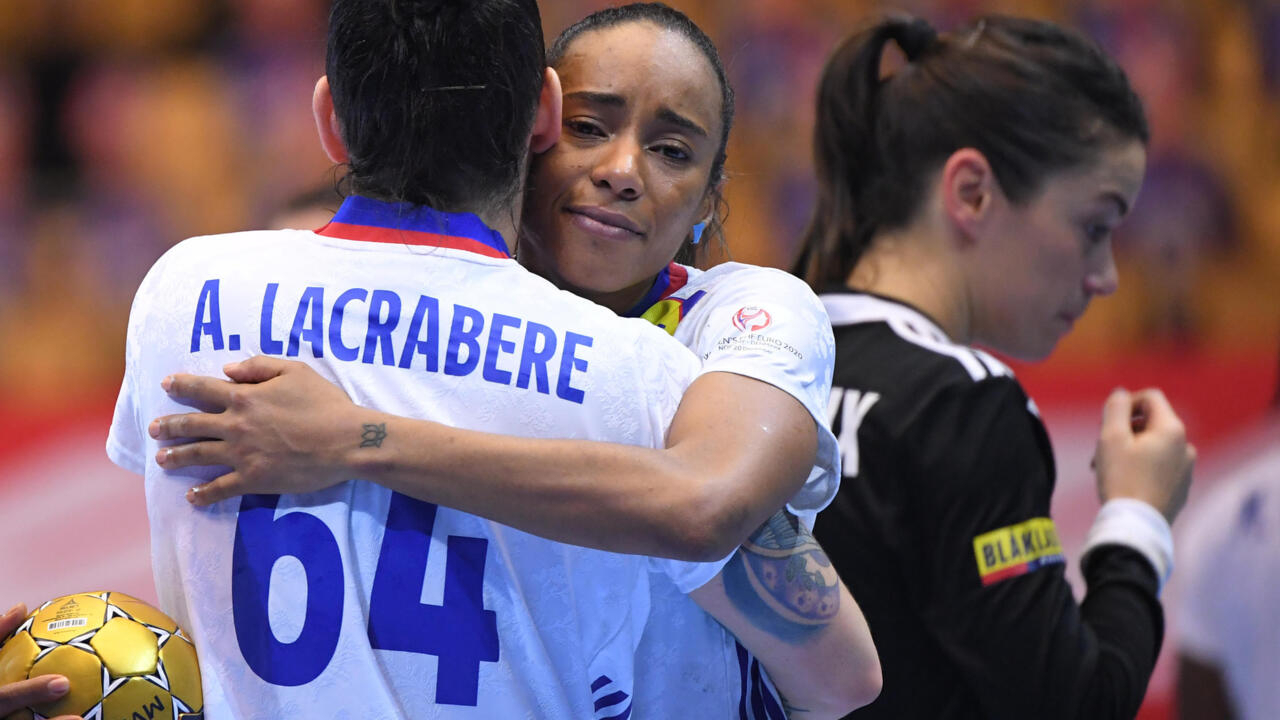 For the French handball players, the disappointment of the final lost Sunday against Norway (22-20) at Euro-2020 lasted only a very short moment to give way to the desire to seek gold for the Tokyo Olympics in seven months.

"After the match, we were super disappointed. But five minutes later, we had this image of the Olympic Games," said goalkeeper Cléopâtre Darleux at a press conference, the best player in the final with eight saves in the second half, which, however, were not sufficient to retain the European title.

And to slip with a smile: "We prefer to win the gold medal at the Olympics, even if we would have liked to win both".

"We know that we have enormous potential and room for improvement," added the Mulhousienne who has been playing in Brest for several years.

"I hope it will make us even more hungry for the next event, which will come very quickly," insisted the captain of the Blue, Siraba Dembélé, back in selection after a maternity break last year.

With a first world title won in 2003 (and repeated in 2017) and a first European crown conquered at home at Bercy in 2018, the French women's hand is waiting for only one thing: to place itself on the top of Olympus after Rio money.

The opportunity offered to him in the summer of 2021 is ideal.

An Olympic coronation would increase their already very high sympathy rating, as evidenced by the 4.04 million viewers who watched the final on TF1 on Sunday, with a peak of 5.7 million.

Euro-2020 organized in Denmark despite the Covid-19 pandemic brought some certainties to coach Olivier Krumbholz.

First, the group has completely relaunched and now combines elimination from the first round of the 2019 World Cup in Japan in the very distant past.

"It was the competition for the revival, we went back to the top. Even if we lost this final, everyone understood that it would be difficult to beat the France team in the months to come," warned the Mosellan, obviously with all eyes on the Yoyogi Stadium in Tokyo where the Olympic tournament will take place from July 23 to August 8.

The French defense, the basis of all the glorious conquests, is still one of the best, if not the best in the world, especially when it is staged (1-5) with Estelle Nze Minko, MVP of the tournament, in forward position.

But Olivier Krumbholz is aware of the task that awaits the French to imitate with a delay of a few years their male counterparts, crowned in 2008 in Beijing.

The French women failed in the final on the game placed in attack, especially on long shots, with a weak 3 in 15 at nine meters, well below their high average of 50% of success.

"Physically, we can still be a little better. It gives us ambition. We can do better and they need to come back stronger," he added.

For him, the next few months could turn into a puzzle: at the Tokyo Games, he will only be able to count on fourteen players, while at Herning, he had taken a larger group of twenty (sixteen holders for each match and four reservists ).

Some players like Allison Pineau (injured) at the center or back position and Manon Houette (in recovery phase) on the left wing will want to join the list of lucky ones elected for Tokyo-2020.

The next meeting is set for mid-March for a first preparation course, then a new gathering will take place in mid-April.