Expert: Tesla factory can be good for German car manufacturers

Around a year ago, Tesla and Brandenburg reached an agreement on the purchase agreement for a property. In the factory, e-cars are expected to roll off the production line from summer 2021. Auto expert Dudenhöffer says what the project could mean for other automakers. 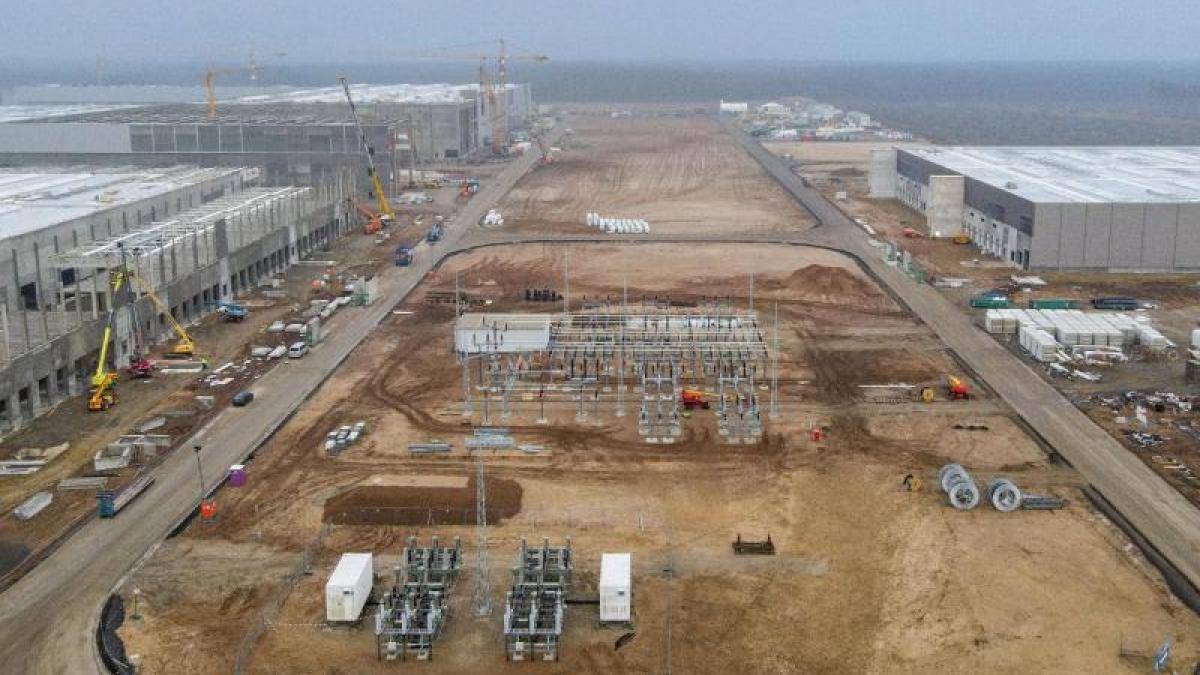 Grünheide (Mark) / Duisburg (dpa) - According to industry expert Ferdinand Dudenhöffer, the settlement of US electric car manufacturer Tesla near Berlin can also be a gain for German manufacturers.

“This is a Christmas present.

It is also good for the car manufacturer, because when the competitor sits on the doorstep, you get more from him, ”said the director of the CAR Center Automotive Research in Duisburg of the German press agency.

“Even in competition there are opportunities to do things together, for example when it comes to autonomous driving or similar innovations.

Then it can also be interesting for car manufacturers to have someone in Germany who can help push the systems. "

Tesla wants to commission its first European electric car plant in Grünheide in Brandenburg from summer 2021.

In the first phase, around 500,000 vehicles per year are to be produced there.

So far, Tesla has been building through individual provisional approvals, and the full environmental approval from the state of Brandenburg is pending.

Conservationists and local residents fear negative consequences for the environment.

Some construction work - the installation of machines in the paint shop and the further deforestation - are at a standstill because Tesla has not provided a security deposit required by the state for possible dismantling costs of 100 million euros on time.

Now is the time until January 4th.

Dudenhöffer assumes that the project will remain “on schedule”.

“On the one hand, Elon Musk is known for the fact that things and announcements can also be delayed.

But in the end he always delivered.

And he will also deliver in Berlin. "

He cannot imagine that the approval could fail: “That would make Germany look ridiculous worldwide.

Investors whom we want to win for Germany would certainly be lost. "

There is a rather technology-hostile culture in this country.

This is a marvel for Germany. "

The automotive expert does not think it likely that the Tesla boss is looking for possible acquisitions among competitors.

"He has not worked with any competitor before and he is trying to keep his technological lead, which he is convinced of, away from the competition," said Dudenhöffer.

Musk is buying small and medium-sized companies that he believes know high technology.

“When you buy a German car manufacturer, you are buying standard technology.

At the beginning of December, Musk was generally open to a merger between Tesla and traditional manufacturers from the industry - if a competitor suggests that, they will talk about it.

Dudenhöffer criticized the promotion of combustion engines and electric cars.

“Our policy is structured in such a way that it wants to leave the old jobs and at the same time sell the new car.

The diesel and petrol prices are only a little more than one euro.

«A real incentive would have been to make the fuel one euro more expensive.

Then they don't have to pay the subsidy with tax money from a nurse who may not even drive a car. "

He is aiming for the federal government's purchase premium for e-cars of up to 9,000 euros.

The demand for e-cars has increased in the past few months due to higher government premiums, but remains at a low level compared to all new registrations.