The village hairdresser with Covid who organized the trip for the hair grafts: "We were allowed to go to Turkey for medical reasons"

"It is more reckless to go to any terrace and remove your mask." It is the opinion of Manuel (36 years old), the resident hairdresser in Calamonte (Badajoz) who organized the past pue 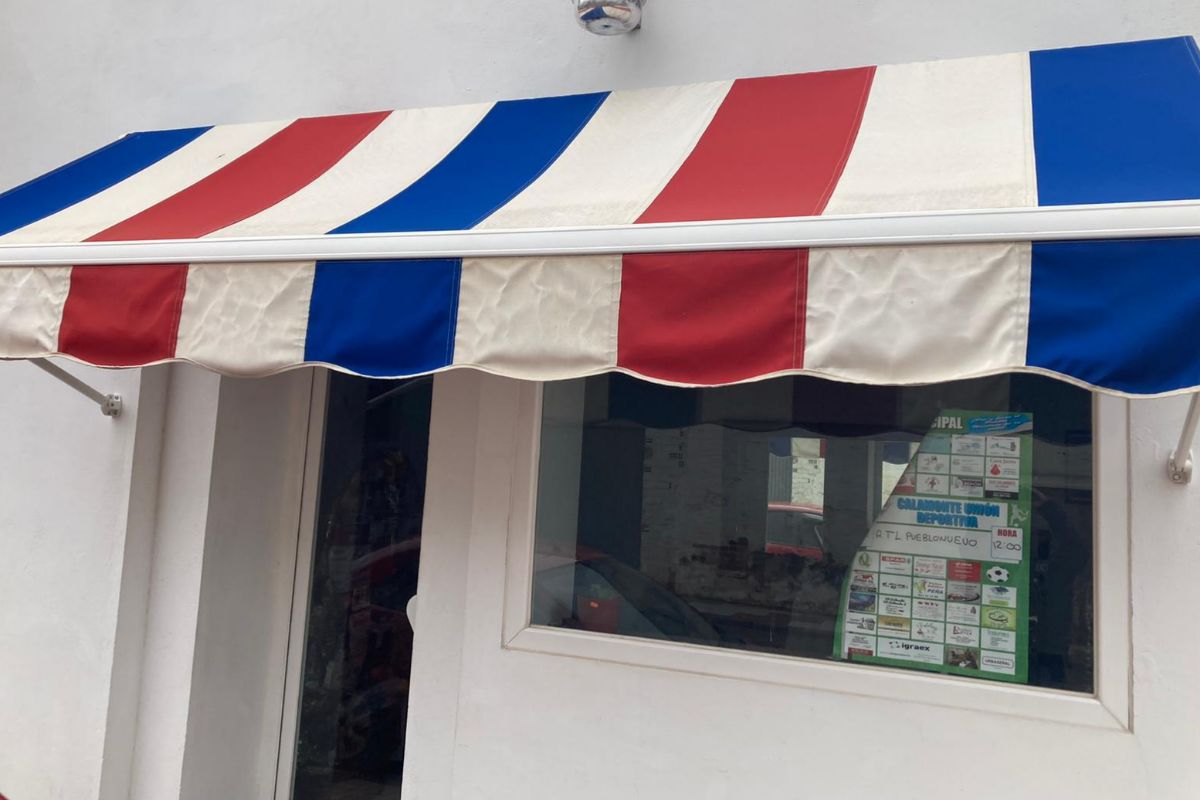 "It is more reckless to go to any terrace and remove your mask."

On their return, more than half of them -including two local policemen who also traveled- have tested positive for Covid-19 and in the town (6,200 inhabitants) a massive outbreak has been declared (29 positive and 250 contacts is the latest official figure , waiting for the update this Friday).

The case has caused the closure of a school of 500 students, before the positive of several students, and of the municipal nursery, in addition to decreeing today the closure of bars and restaurants, next to the stores from 6.30 pm.

In a telephone interview granted to EL MUNDO from his home, where he is confined for testing positive on Wednesday, the 'German' as he is known in town for having been born in that country (and who also gives his hairdresser its name) did not He feels responsible, along with his travel companions, for the massive outbreak that appeared in the last hours: "We asked if we could travel and no one prohibited us, they allowed us to travel for medical reasons, which is authorized, and that is why we did it," he explains.

In the group there were two local policemen, "who know about these things and who moved the papers and asked for the permits, which we strictly complied with so the trip was justified on medical grounds and we were never banned by any authority," he insists.

In addition, he emphasizes that "at all times we kept the security measures, we were perfectly equipped, such as the use of masks, both on the bus - also the driver - who took us and brought us from Barajas, and in Turkey, where the measures are very strict, they take your temperature every ten meters, there is gel everywhere, etc. ".

The offer of the trip, which includes travel by plane and hotel for three days, including capital treatment, cost around 1,600 euros to each person in the group (17 men and one woman).

"I don't regret organizing the trip," he says.

The hairdresser does not know where exactly the massive contagion of the group of travelers could have occurred: "Apparently, as we have learned, the driver of the return trip has tested positive, but we do not know if we have infected him, or the other way around" and confirms that at Barajas airport they were not subjected - neither upon departure nor upon arrival - to any type of test.

Of course, he says that they had all the documentation "in order" to be able to travel and that Turkey at that time was not a country with a high risk of cases, nor does it have a special agreement with Spain due to the pandemic, so it is allowed them to travel without any problem.

"We asked before the trip and we were assured that there was no problem traveling there."

Asked if they were reckless for organizing the trip in the middle of the pandemic, and during a holiday bridge where transfer was prohibited -for example- between autonomous communities in Spain-, he argues that this is a very subjective question: "Of course we could have gone in other dates, but it came out like that and that's it, because it was a bridge and nobody had to miss work days, because most of them are self-employed, and besides, it is more imprudent to go to a party, and it's done. "

In addition, it is not clear that the massive outbreak in Calamonte is exclusively the responsibility of the controversial trip: "It is not clear that this outbreak is our responsibility because other cases have also appeared that are not related to us, parties, for example," he points out. while expressing his concern for the state of his clients, who were mainly those who signed up for the trip: "First we began to comment on it without being serious, with a bit of laughter, but little by little the trip took shape and in the end A lot of people signed up, and I couldn't say no, but if we get to know what has been mounted later ... ".

Manuel is annoyed that his clients had to go to a private clinic in Mérida for a test last Wednesday afternoon, "spending their money", when they began to know the appearance of cases in the town, as did the positive of the bus driver.

He also recognizes that, as it was not mandatory, they did not propose to do a test either before the departure of the trip or when they arrived: "We comply with all the legal protocol, and if we had not been able to go, they would have forbidden us," he insists over and over again. while showing his regret that now the authorities, as a preventive measure, have forced the bars and restaurants of the town to close, one week before Christmas: "I'm sorry, but I want to make it clear that we did things right, we complied with everything At the moment the law, it is okay to accuse us because it is not confirmed that the outbreak is for us "and it assumes that" we are going to have to spend Christmas at home. "

On the other hand, the group of travelers, before the controversial trip, has published a statement on social networks "to be able to explain ourselves to so many unfounded accusations that are being made."

Thus, they assure that "it was not a vitally important trip, but neither is going to the hairdresser, putting on your nails or having a drink with some friends in a bar, but it was something that was not prohibited if the necessary measures were taken" and they declare that the trip was communicated to Public Health, "since in order to travel, you have to register individually on the exterior page indicating all the data of the flights, days of travel and others. With this record they give you a code QR without which we could not enter Spain again ".

On the other hand, -they describe- "we hired a private trip to Madrid precisely in order to be more protected since the economic outlay is not the same as traveling on a bus line, which we could also do if we wanted to and" we have spent all the Necessary controls that we can assure you that to travel by plane there are not a few ... mostly, not because of what people spoke, but because when we arrived we went to our homes with our loved ones who we did want to protect.

Finally, they emphasize that "in the village, unfortunately, there have been more cases and no one has gone to Turkey."

Meanwhile, the Minister of Health of Extremadura, José María Vergeles, said today that he is concerned "less · about the origin of the outbreak, since from a preventive point of view" nothing can be done "while he has advanced that he hopes that the number of contacts exceeds 300 this Friday, so a massive screening (600 tests) will be carried out on the inhabitants of Calamonte starting tomorrow, Saturday, and for three consecutive days, although for the moment the perimeter closure of the location.

Coronavirus The Government's plan for Christmas: Christmas Eve and New Year's Eve dinners for a maximum of six people and a curfew at one

HealthSpain registers 25,886 new cases of coronavirus and the cumulative incidence drops to 400 for the first time in a month