The lawyer who never gave in to the controversial cases

He was the peasant boy who first won several championship medals as a wrestler - and then became one of Sweden's most famous and controversial criminal lawyers. As a lawyer, he became unique when he brought an individual prosecution in the Johan Asplund case in the mid-1980s. Pelle Svensson was the lawyer who never gave in to difficult and controversial lawsuits, but rather saw an honor and a challenge in getting into them. 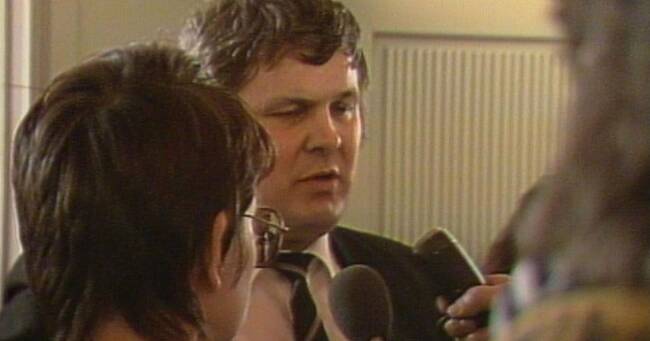 He has been chairman of the Swedish Wrestling Association and a member of the international wrestling association FILA.

But he would become nationally known to the general public as Advokaten Pelle Svensson.

Svensson quickly gained a reputation as a defender, above all through his ability to plead in the courtroom.

In 1985, he became historic when he, together with the missing 11-year-old Sundsvall boy Johan Asplund's parents Björn and Anna-Clara Asplund, brought an individual prosecution in the district court against the man they considered to be behind Johan's disappearance.

That after the man was released after questioning and investigation when the prosecutor in the case did not consider that the evidence held.

"Battle of the Giants"

The man was convicted of unlawful deprivation of liberty but was acquitted in the Court of Appeal a year later.

By then, Pelle Svensson had sharpened the criminal classification for murder, despite the fact that there was no technical evidence against the man.

The trials themselves are best known for the harsh and rallied tone in and outside the courtroom between Pelle Svensson and the star lawyer Olof Arvidson who defended "Johanmannen".

In the following years, Svensson acted as a defender for the suspects in a series of high-profile and charged cases.

He was a lawyer for Juha Valjakkala, who was convicted of the triple murder in Åmsele in 1988. This despite the fact that Svensson tried to convince the members of the court that Valjakkala was too weak physically to be able to reload the murder weapon in question.

And when he was a lawyer for two brothers who were charged with animal cruelty after a case of grave neglect of animals on a farm in Jämtland's Djupröra, it was not the only time in his legal career that he was subjected to hate mail and death threats.

Pelle Svensson also wrote a number of books about, among others, Johanfallet, Quickskandalen and Palme murder.

The bomber and the Palme murder

As a defender of the so-called bomber Lars Tingström, Svensson claimed, for example, that the murder of Olof Palme was committed by Christer Pettersson on the orders of Tingström, with a motive for community revenge.

Svensson also published a number of documents that he believed proved the claim.

His information was also part of the material that the public prosecutor submitted to the Supreme Court in the application for redress against Christer Pettersson which was rejected in 1997.