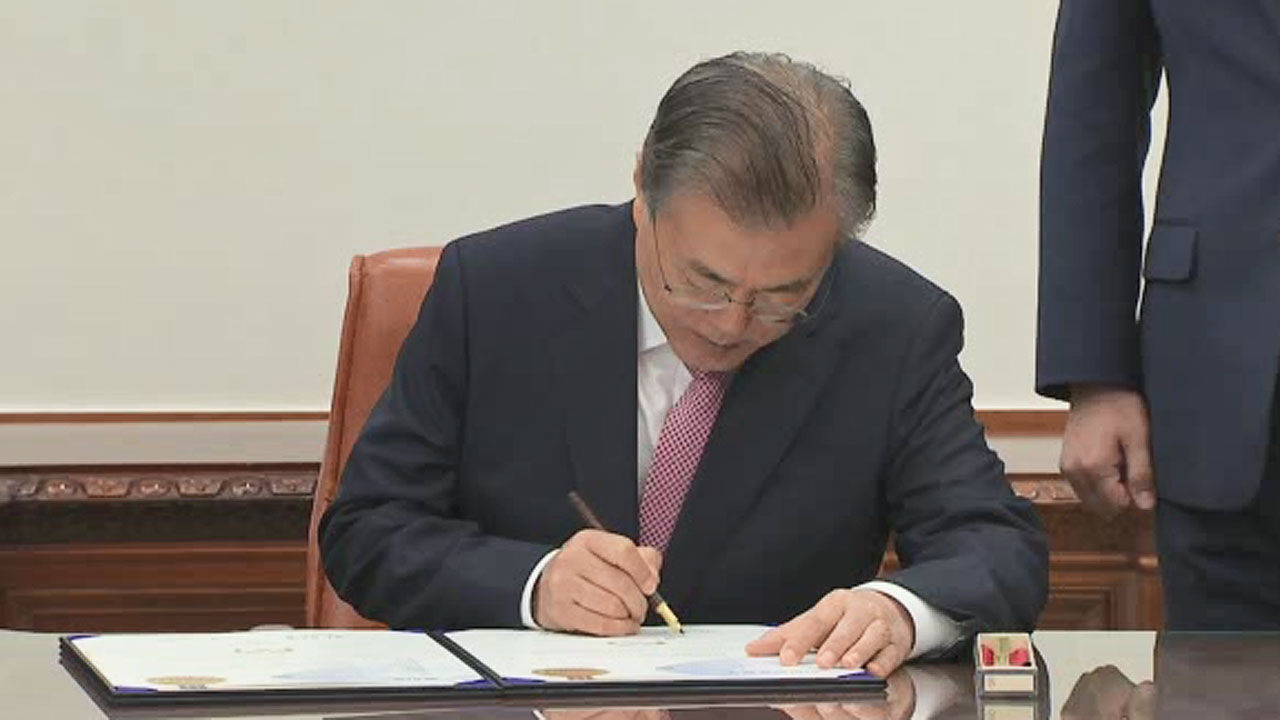 Let's go over a little more about the Blue House announcement that came out a while ago by connecting reporters to the Blue House.

Reporter Jeong Gyeong-yoon, about 20 minutes ago, the Blue House announced at 7:30, and Minister Chu Mi-ae announced that he would withdraw.

A while ago, the Blue House Chief of Public Communications made an official position regarding the home of President Moon Jae-in.

statement, President momentum and determination of the weight Secretary The Blue House said that it would have been impossible to reform power institutions, including the reform of the airlift and the power of investigation, and asked for the fulfillment of their duties.

Then, it actually means the resignation of Minister Choo Mi-ae and President Yoon Seok-yeol. Can I see it like this?

official at the Blue House said, "It is believed that Minister Chu has completed the reform legislation and has fulfilled his duty."

It is noteworthy that the President said that the President's appreciation of the Minister Chu is highly appreciated. The accompanying resignation of President Yoon, who was disciplined with Chu, has been discussed in some of the passports, but it can be seen that it is possible to observe immediately whether it is going in that direction.

results of the disciplinary committee came out at the dawn of today (16th), and after that, the request of the Minister of Justice and the residence of the President were made in a flash?

President Moon Jae-in also talked about the unprecedented situation of disciplinary action by the prosecutor general, but he said he took it heavily as a person with authority to appoint.

Earlier this afternoon, Justice Minister Chu Miae reported the results of the disciplinary committee's resolution against Prosecutor General Yoon Seok-yeol to President Moon. As it is a matter of disciplining the Prosecutor General, it seems that a face-to-face report was made rather than the usual electronic settlement.

Until now, the Blue House has revealed that there is nothing the president can do about the disciplinary outcome.

This is because Article 23 of the Prosecutor's Discipline Act only stipulates that "in the case of dismissal, dismissal, honesty, and reduction of salaries of prosecutors, the president shall enforce them at the request of the attorney general." Blue House officials have predicted that this will not take long.

▶'Suk-yeol Yoon's two months of honesty' with the President...