Emissions are declining in all sectors - except agriculture

Sweden's emissions of greenhouse gases are declining too slowly. This is stated by the Swedish Environmental Protection Agency, which today releases the official statistics for 2019 territorial greenhouse gas emissions. Two sectors also stand out - in agriculture there has been no reduction in emissions last year and in work machines emissions have instead increased. 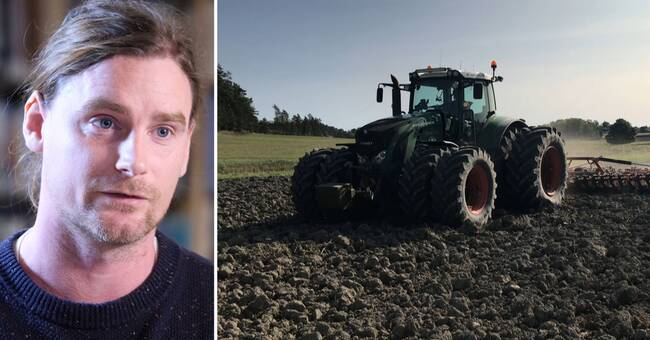 In 2019, territorial greenhouse gas emissions decreased by 2.4 percent compared with the previous year.

With the goal of zero net emissions in 2045, an average rate of reduction of 6-10 percent per year is required.

- We see that it is going too slowly and that we need to do more to speed up climate change, says Jonas Allerup, climate analyst at the Swedish Environmental Protection Agency.

No reduction in agriculture and work machines

Emissions have been reduced primarily in industry and the electricity and district heating sectors.

Domestic transport, which accounts for a third of all emissions, has also decreased.

But in two sectors, the trend is in a different direction - agriculture did not reduce its emissions in 2019 and work machines in sectors such as agriculture and construction contributed increased emissions.

- Emissions from agriculture will remain at the level we have today - or maybe even increase - in that we also have a food strategy to increase self-sufficiency in Sweden, says Jonas Allerup.

The fact that emissions from agriculture have stopped is due to special factors, according to the Swedish Farmers' Association.

- It is not possible to compare two extreme years.

One must also take into account that agriculture is a sector that also binds carbon, says LRF's union president Palle Borgström.

Please note that these figures refer to territorial emissions and do not include the climate footprint that Sweden causes in other countries.

International flights and other transports between Sweden and abroad are not included either.