The police and the Rescue Service in the Bergslagen region choose to say Merry Christmas in an impressively synchronized way! 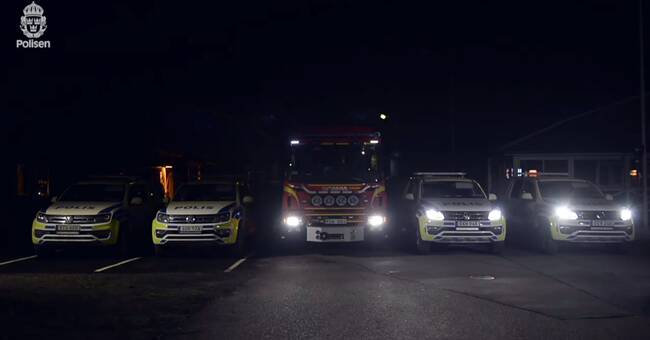 It was on Sunday that the Police and the Rescue Service in the Bergslagen region posted their Christmas greeting with the instruction “NOTE!

TURN ON MAX BASS AND SOUND! ”

The well-synchronized rescue operation, to say the least, received thousands of divisions in just a few hours.

- Yes, I have looked a bit at our Facebook pages and there are a lot of comments, most of them positive.

Among other things, Merry Christmas greetings and comments about a good sense of rhythm, says Christina Hallin, spokesperson for the Bergslagen police region.

The beginning of tradition

The clip is local and has been filmed and edited by police Lars Hedelin.

Why do the police make a film like this?

- We did one last year where a number of police cars and rescue vehicles were involved, in a formation of Christmas tree. Got got a very positive response to it, so then we wanted to do something similar to spread some joy and wish Merry Christmas to the public, says Christina Hallin.