November came as a smock for the hotel industry

The hotel industry experienced a recovery during the summer - then came the autumn and the total darkness. The occupancy rate has fallen by about 70 percent in Helsingborg and Malmö compared to last year. The industry is now putting its hopes in the vaccine. 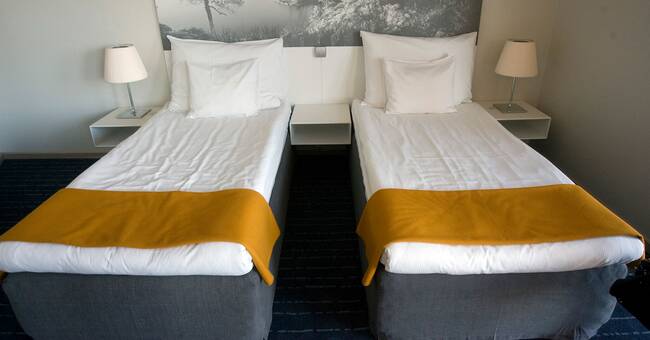 Hotels drop the most on the sharp decline in business and group travel during the corona pandemic.

The hardest hit are the metropolitan regions;

- We also see that Skåne has been hit harder than some other parts of the country.

This may be due to the proximity to Denmark and the declining international travel, says Johan Johander at Benchmarking alliance, a company that collects and analyzes data for the hospitality industry.

The industry experienced a certain recovery during the summer, but then came the big slowdown in November when new, tough restrictions were introduced.

The hotel owner Kjell Jakobsson in Helsingborg, who was met by SVT Nyheter, testifies to this.

- Before the autumn holiday week, we were fully booked at both our hotels, but in just a few days we lost 30 to 40 percent occupancy.

Nevertheless, there is no noticeable increase in bankruptcies in the hotel industry, according to the analysis company.

- One explanation may be that the state aid has actually helped.

It may also be that we see more bankruptcies after the turn of the year when companies have made their financial statements, says Johan Johander.

But thousands of jobs, part-time jobs and temporary positions in the labor-intensive hotel industry have disappeared.

- The groups employed in this industry are often vulnerable, they are young and newcomers.

Even if the hotels do not go bankrupt, large groups of employees are being laid off right now.

Many in the industry are now hoping that the vaccination will roll out at the beginning of next year.

- The announcement that all adult Swedes will be vaccinated during the first half of next year meant a boost, says Johan Johander.