The Academy of Music cancels concerts after internal criticism

More than 50 students had signed up for a planned concert recording at the Royal Academy of Music in Stockholm this weekend. After internal criticism, it has now been canceled. - This is not appropriate, said Marcus Lind, chief safety representative at the school, to SVT Nyheter, on Friday. 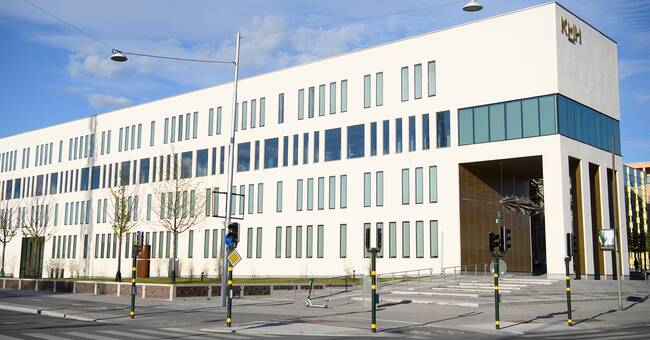 Already in November, the school arranged the concert, an important element for the students.

The sound quality later turned out to be too poor due to a technical error, after which a decision was made to redo the event.

But to gather so many people in one hall just weeks before the Christmas weekend has received criticism internally, not least because of the ban on more than eight people at public gatherings and public events.

- This is not appropriate, but the principal has already decided that it should be implemented despite most people saying that it should not be done, said Marcus Lind, chief safety representative at the Royal Academy of Music, in the morning.

- I called Smittskydd Stockholm and they thought this was extremely inappropriate.

Partly it's a stupid time because it's soon to be Christmas, then it's eight people that counts.

Despite the fact that the school has implemented a number of safety measures, Marcus Lind sees risks with the event.

- It is a large room, a concert hall, but there are narrow doors and you can not sit at two, three meter intervals when playing.

As the chief safety representative, I do not think it should be implemented.

When SVT Nyheter reaches Helena Wessman, rector of the Royal Academy of Music, she emphasizes that measures have been taken to reduce the risk of infection.

- These are incredibly difficult trade-offs.

It is an important part of the education to be able to play together in an orchestra, she says and points out that participation is voluntary.

- We observe the greatest care from a distance, during the autumn we have done everything we can to secure the corona.

When SVT Nyheter asks the question whether it is appropriate to continue with the plans for the recording, Helena Wessman does not answer, but asks to be allowed to call.

After an hour, she returned with the message that the concert was canceled.

- We have now decided that we will cancel tomorrow, says Helena Wessman and claims that the decision did not have anything to do with SVT Nyheter calling.

- We had a discussion earlier in the morning where the issue was up and where doubts were expressed.