When the Nobel Peace Prize is awarded this week, it will take place against the background of controversy over last year's laureate, Ethiopia's Prime Minister Abiy Ahmed, and his military offensive in the north of the country. But that the choice of prize winners arouses debate is not a bad thing, says the chairman of the Norwegian Nobel Committee. 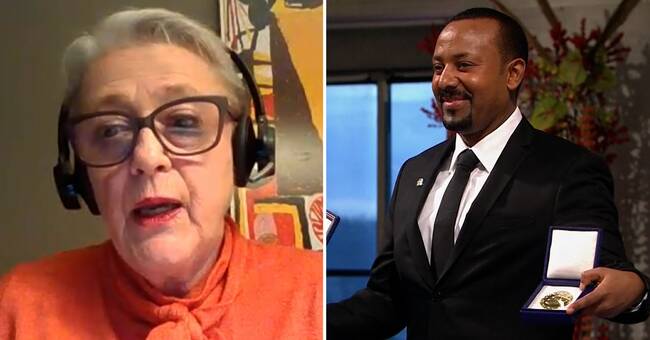 Ethiopian leader Abiy Ahmed received the Peace Prize last year for peacekeeping work, and especially for the work to resolve the conflict with neighboring Eritrea.

But this autumn's conflict with insurgents in the northern province of Tigray has drawn criticism both from Abiy Ahmed and the election of him as Peace Prize winner.

But when the Norwegian Nobel Committee now awards this year's prize, this time to the UN's food program WFP, the chairman Berit Reiss-Andersen defends controversial choices on the list of historical prize winners.

- The peace prize would be uninteresting if it was a prize on which all people agreed, she says in SVT's Foreign Office.

- The strength of the Peace Prize is that it arouses debate.

No problem for the price

The fact that laureates do not live up to the ideals associated with the Peace Prize after they have received it may be disappointing, but according to her it is not a problem for the prize itself.

As an example, she mentions the 1991 laureate Aung San Suu Kyi, a world-renowned democracy activist in what was then Burma, whose star has fallen sharply since she refused to condemn the military's abuse of the Rohingya minority group.

- She was almost an international rock star, the person all heads of state and everyone else wanted to meet, says Reiss-Andersen.

- Nor can the Nobel Committee predict the future.

This week's Foreign Office is about the Nobel Peace Prize and the controversies surrounding it.

Watch the program on SVT Play or 21.45 on Wednesday on SVT2.