"12·4" Reflections after the Diaoshui Cave Mine Disaster in Yongchuan, Chongqing: Why do coal mine accidents happen frequently?

(Economic Observation) Reflections after the "December 4" Chongqing Yongchuan Diaoshui Cave mine disaster: Why do coal mine accidents happen frequently?   China News Service, Beijing, December 8th (Reporter Chen Su) 23 people died, and the "December 4" accident at the Diaoshuidong Coal Mine in Yongchuan, Chongqing was distressing. While the accidents are regrettable, they are also thought-provoki 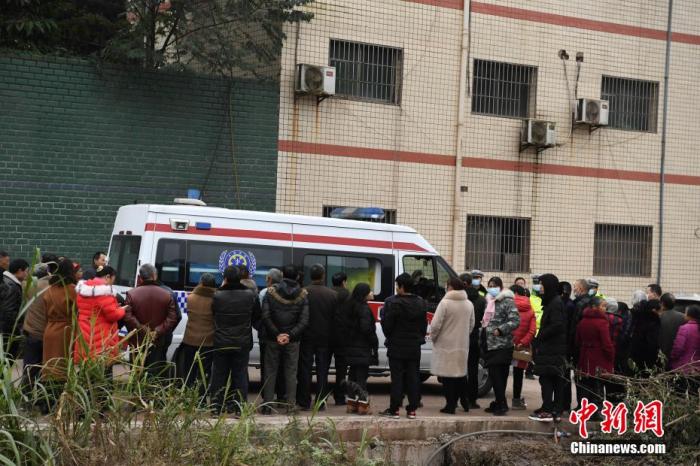 (Economic Observation) Reflections after the "December 4" Chongqing Yongchuan Diaoshui Cave mine disaster: Why do coal mine accidents happen frequently?

While the accidents are regrettable, they are also thought-provoking. Why are coal mine accidents so frequent that it is difficult to stop them?

Data released by the Ministry of Emergency Management of China show that since the beginning of this year, the overall safety production situation in China has been stable and the total number of accidents has dropped significantly.

However, major accidents have been on the rise for eight consecutive months since April, especially the recent major coal mine accidents.

The picture shows the ambulance driving out of the accident site of the Diaoshuidong coal mine.

In addition to the Chongqing Yongchuan Diaoshuidong Coal Mine accident that killed 23 people on December 4, Chongqing also had a major fire accident on September 27 at the Songzao Coal Mine at the end of September.

On November 29, a water penetration accident occurred in the Yuanjiangshan Coal Mine in Leiyang City, Hengyang City, Hunan Province.

Lin Boqiang, dean of the China Energy Policy Research Institute of Xiamen University, said in an interview with a reporter from China News Agency that the second half of the year, especially towards the end of the year, is the peak of coal demand, which may cause coal mining companies to dig more coal. "The root cause of frequent accidents in the recent past. Because there are a large number of small and scattered coal mines, the probability of accidents is higher."

In recent years, China has gradually eliminated a large number of outdated coal mines, but there are still many small and scattered coal mines that fail to meet safety production standards, and there are gaps in safety technology and management.

Lin Boqiang said that coal mine accidents cannot be avoided 100%, but in recent years, the production safety situation in China's coal mines has indeed improved significantly, and the number of small and scattered coal mines has been significantly reduced. Go down.

In response to the recent two major coal mine accidents in Chongqing, on the afternoon of December 6, the Office of the Safety Commission of the State Council of the People's Republic of China conducted a safety production interview with the person in charge of the Chongqing Municipal Government.

In addition to strengthening law enforcement, Lin Boqiang said that the main reason for the frequent occurrence of coal accidents is that there are too many coal mines and the quality of coal mines is uneven. The key to safety is to integrate, accelerate the withdrawal of small and scattered coal mines, and reduce the accident rate from the root cause.

In recent years, China has been accelerating the integration of small and bulk coal mines, and has gradually phased out small coal mines with an annual production capacity of less than 300,000 tons, and has achieved certain results.

In June this year, the "Guiding Opinions on Doing a Good Job in Energy Security in 2020" issued by the National Development and Reform Commission and the National Energy Administration of China proposed that the number of coal mines should be controlled within 5,000, and the output of large coal bases accounted for more than 96% of the national coal output .