The corona pandemic means a golden opportunity for countries to switch and invest in climate-friendly energy when the recovery package is now to be distributed. This is stated by researchers in a new report which also shows that emission levels of carbon dioxide continue to increase more than the climate targets allow. 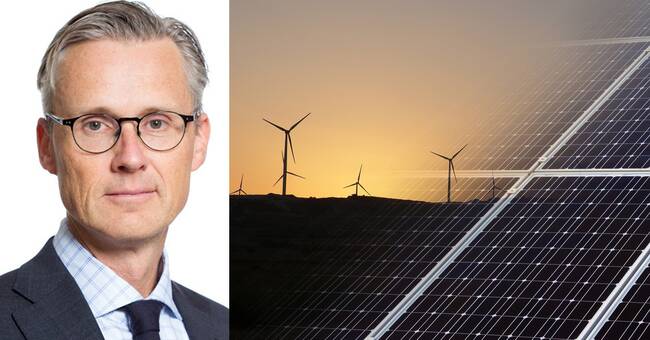 The production of fossil fuels continues to drive at carbon dioxide emission levels that are incompatible with the climate targets of 1.5 to 2 degrees temperature increase.

Now, researchers from several research institutes, together with the UN's environmental program, have examined how much fossil fuels the world's countries plan to use by 2030 and compared it with the reduction required to limit global warming according to climate goals.

- What we discovered was a very large gap between what countries planned to release and what they have promised, says Måns Nilsson, head of the Stockholm Environment Institute, which is one of the institutes behind the report.

Over the next decade, countries will increase fossil production by two percent annually.

In 2030, this means twice as much production of fossil fuels that is compatible with the 1.5 degree target.

To achieve that goal, the world must instead reduce the production of fossil fuels by about six percent each year for the next ten years.

Reduction of emissions during the pandemic

This year, the corona pandemic has caused a temporary reduction in energy use by about seven percent.

That reduction is in line with the Paris Agreement.

- But it is not realistic that we will see such a reduction in the next few years because we have had an extreme crisis situation this year, says Måns Nilsson.

Instead, the plans that existed before the virus broke out in combination with the stimulus and recovery packages created by governments to boost the economy will mean a continued increase in fossil fuel use.

The G20 countries have today promised more than $ 230 billion in measures during the corona pandemic to sectors responsible for fossil fuel production and consumption, the report shows.

That's much more than what is important for renewable energy sources, which are worth about $ 150 billion.

The researchers in the report point out that this trend must be reversed in order to achieve the climate goals.

- It is perhaps not so strange that a lot of money has gone to fossil-related industries, they want to save the economy for urgent reasons.

But now that we are entering the next phase, which is about large public investments in recovery packages that will run for a number of years, then it is important that we use the money to switch to more climate-friendly energy types, says Måns Nilsson.

He believes that the corona pandemic means an opportunity to cope with the Paris Agreement.

- I do not think we will see in our lifetime such a large rescue effort with such large amounts of borrowed money to rebuild and build new in society.

This is our great chance to make the right kind of investment, says Måns Nilsson.

He believes that if, on the other hand, we were to invest in fossil-heavy industries, we would build on old-fashioned infrastructure that would make it impossible to achieve climate goals.

Filip Johnsson, professor of energy systems at Chalmers University of Technology, thinks this is an important report and fully agrees with their conclusions.

But he believes that it may be difficult to implement the changeover in practice when it comes to conditional rescue efforts to mitigate the effects of the corona pandemic.

- There is a geopolitical challenge for those countries that have large domestic reserves of fossil fuels.

When you stand there with your "here and now economy", if it is then based on fossil fuels, it is difficult to quickly change, says Filip Johnsson.