Fatal lockdowns for Disney parks: in 2021 layoffs for 32 thousand workers

Disney parks closed since March were affected by the coronavirus emergency. In difficulty, the group motivated the mass layoffs of local authorities by also announcing film cuts and television investments 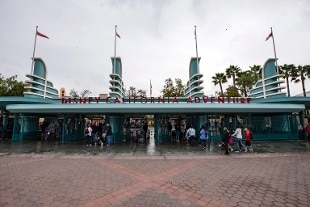 November 27, 2020 Theme parks have been heavily affected by lockdowns around the world: in particular,

Furthermore, as of 3 October, some 37,000 employees who should not have been fired have lost their jobs.

"The prolonged closure of the California-based Disney theme parks and the limited presence of the public in the open parks have forced the company to reduce its workforce."

As of October 3, Disney employed around 203,000 people, of which around 155,000 were employed in the parks and products segment.

Earlier this month, the company said the

outbreak cost a loss of $ 2.4 billion

As early as September, Disney had announced its intention to terminate 28 thousand contracts, a figure that has increased by another 4 thousand units in the latter period.

In a document sent to local authorities, the group explains how the impact of Covid-19 has generated a series of problems that have conditioned a limitation of hiring in critical roles and collective redundancies.

In addition, film cuts and investments in television content are also envisaged.